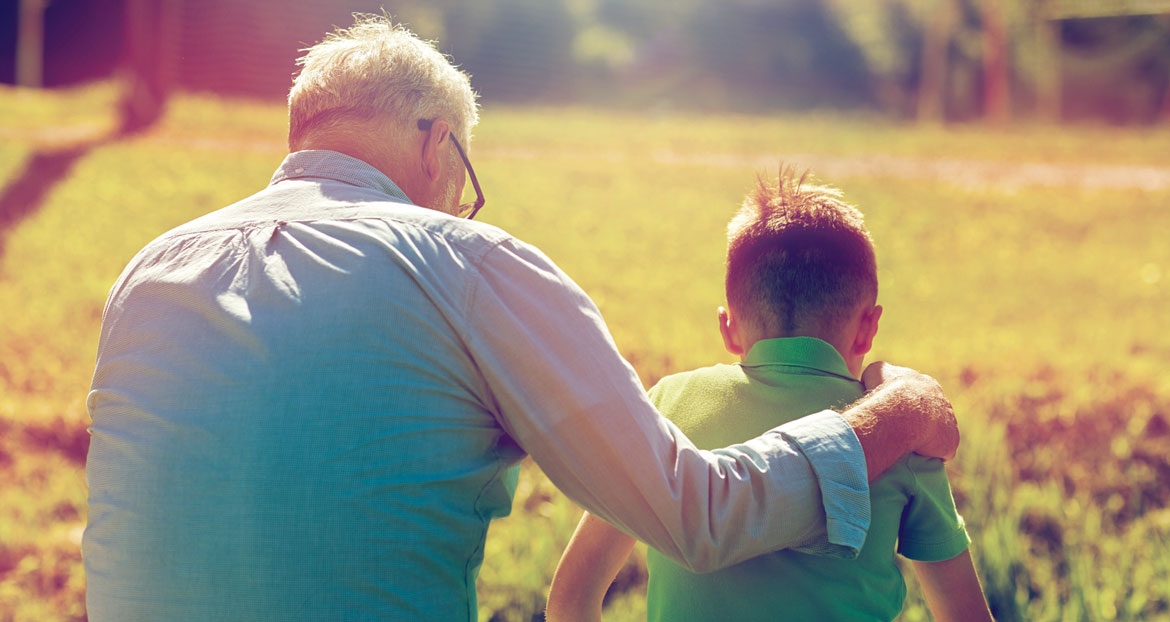 One of my least favorite bumper stickers is “Ask Me about My Grandkids” — for a couple of reasons.

First, it is a presumptuous request. OK, I suppose if the driver’s grandchildren graduated Harvard as 12- and 14-year-olds, or better yet have appeared on Master Chef Junior, the sticker is appropriate.

Otherwise, I’d rather see “Ask Me about Selling Stocks Short.”

Reason No. 2 is that I couldn’t slap on the “Ask Me about My Grandchildren” bumper sticker, even if I had the chutzpah to do so. I know that I look old enough to have grandchildren: I have thinning hair, a well-hidden but significant hearing aid, and wrinkles that scream out “collecting Social Security.”

I am 66, but in fact I do not yet have grandchildren.

I was an old dad, being 40 and 43 when my boys, Craig and Matt, were born. My classmates who are granddads have kids eight to 12 years older than mine — thus my non-granddad status.

I don’t think that as a non-granddad I am missing a life affirmation as I did when my wife and I were childless. But right now we can only spoil our dog, Cookie. It would be nice to have that three-generational presence in my life so our gifts wouldn’t be chewed up. And I miss the existential calm of knowing I will have a lengthening family tree branch.

I am impressed by my friends who are engaged in frolicking grandparenting, like in the Celebrex ads. One friend mentioned that he went trick-or-treating with his grandchildren in full costume.

Other friends treat their kids and grandkids to a weekend at an indoor all-inclusive waterpark resort in midwinter. As a sucker for indoor pools and fake Hawaiian décor, this three-generational splash-in is appealing rather than claustrophobic.

I fear, though, that I will be too old to do hands-on, active, three-generational events with my grandchildren. I can envision that my go-to intergenerational activity will be hosting family sit-down dinners in my senior-living dining room. I hope my grandkids will enjoy salt-free foods.

This was my dad’s standard grandparenting event once he moved into Hebrew Senior Life when my kids were 12 and 9. I do hope, though, that I can better Dad and have the wherewithal to orchestrate active family events. I would like to babysit my potential grandchildren, provided I don’t need my own sitter.

Though my dad did not engage in immersive, hands-on grandparenting because of his age, he demonstrated that you are never too late to do meaningful grandparenting.

My nephew mentioned to his grandfather (my dad) that, at age 20, he wanted a bar mitzvah. My dad, at age 94, took this request and ran with it. Several months later, in the function room of Dad’s Hebrew Senior Life complex, my nephew was called to a portable Torah in front of 80 or so guests.

Due to his age, Dad delegated many of the tasks, but he footed the bill and was the impetus for this event. He sat in his wheelchair and took in a perfect grandfatherly moment.

He died about six months later, leaving a wonderful grandfatherly legacy. I know all his four grandchildren were touched by this unique event.

I hope I can, if lucky enough to achieve grandfatherhood, proudly affix “Ask Me about Older Grandparenting” to my car … or my walker.

Bill Levine is a retired IT professional and active freelance writer. Bill aspires to be a humorist because it is easier to be pithy than funny.