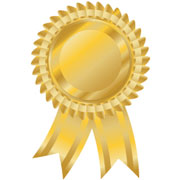 This wonderful story begins in the beautiful upper slopes of the thousand-foot Little Carpathian Mountains of western Slovakia.

The land held gorgeous scenery throughout to rest the eyes — forested peaks with lower slopes of fields and meadows filled with a magnificent profusion of wildflowers: blues, reds, purples, pinks, and yellows; bluebells, daisies, wild geraniums, and delphiniums, even dandelions.

But there was no rest for Andela. As the oldest sibling in a family of 13 children, she had the dubious job of doing all the housework plus outside farm work.

So one day in June, Andela, a beautiful, petite, blue-eyed blonde on her 16th birthday, packed all her worldly possessions into a bundle and left home for America with hopes of a better life, never to return home again.

With a week of mostly foot travel and rides by horse and wagon, sleeping in barns or fields, she covered 475 miles, arriving at Bremen, Germany, for a few more weeks’ ocean voyage in the hold of a vessel, steerage class, under terrifying conditions.

Deaths were disposed of by dumping the bodies overboard.

“A more forlorn party, in more dismal circumstances, would be hard to imagine,” wrote Robert Louis Stevenson after observing life in steerage on the Atlantic crossing.

Andela arrived on July 3, 1907, landing at Ellis Island for more screening and health checks before boarding a train to Allentown, Pennsylvania, where she found a job as a housemaid for a dollar a day.

Later she moved to Newark, New Jersey, where, after a few years, Andela, age 18 now, met and married her prince charming: Libor, age 21, also an immigrant who arrived the same year as Andela.

They had four children; I was the youngest. We sure were poor financially for years. The wealthy people Andela worked for eventually called her Ella. From then on, Mom was my Cinderella.

Now, Cinderella worried herself sick over the large family she left behind. Her mother and father both died, leaving the children orphans.

Cinderella worried herself to death when World War II started and Hitler invaded Czechoslovakia in 1938. By 1939, Mom (Cinderella) died of coronary thrombosis at age 47. I was 20 years old. So now, you have the real story of “Cinderella.”

Happy Mother’s Day, “Cinderella,” wherever you may be. 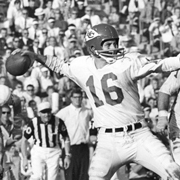 Sixties Flashback: It’s Just a Game! (Or Is It?)

On Nov. 25, 2019, three months before Super Bowl LIV was to be played on Feb. 2, 2020, Fox TV announced that the game at Miami’s Hard Rock Stadium was sold out of available advertising spots. 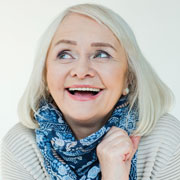 Looking on the Bright Side

Living long and living well require individuals to adopt a positive attitude and hopeful outlook for the future. 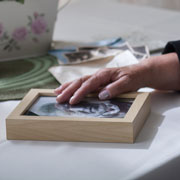 Grief Relief: Tips for Facing the New Year While Grieving

Grieving is taxing on mind, body, and spirit. While it can be tough to face each new day, the challenge can feel enormous when January emerges and a whole new year is stretching out before us. 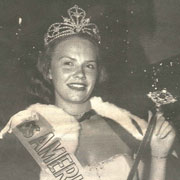 Evelyn Ay – Where is She Now? 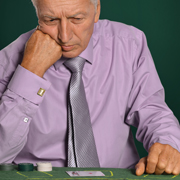 Savvy Senior: How to Know When an Older Adult Has a Gambling Problem 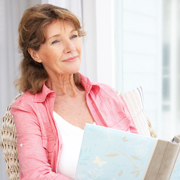 Grief Relief: You Can Grieve and Remain Optimistic

Though you are grieving the death of someone greatly loved, try to remember that you can grieve and, at the same time, you can remain optimistic about life. 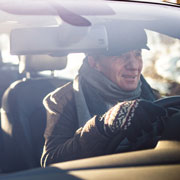 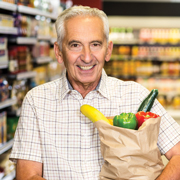 3 Million More People Will Get Military Shopping Benefits in 2020

Starting Jan. 1, all service-connected disabled veterans, Purple Heart recipients, former prisoners of war, and primary veteran caregivers will be eligible to shop at commissaries and exchanges, and officials from three federal agencies are preparing the way.