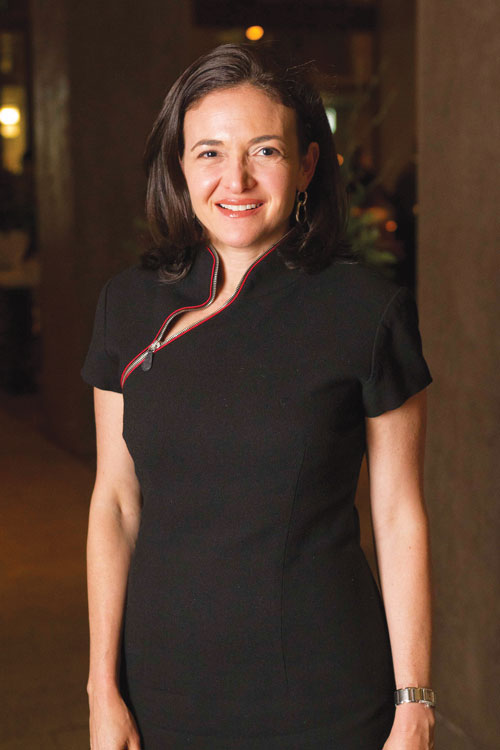 Grief Relief: How Sheryl Sandberg Made Her Way Out of Grief

When Sheryl Sandberg’s husband, aged 47, died suddenly, she experienced a fear that was “constant” and a feeling that the “anguish would never subside.”

Sandberg, an American technology executive, recently authored the book, Option B: Facing Adversity, Building Resilience and Finding Joy (with Adam Grant). There, Sandberg explains how she found the ways to climb out of bereavement.

She learned to become more resilient. “Resilience is like a muscle,” she writes. “It can be strengthened. But planting seeds of resilience and knowing they would eventually yield emotional stamina gave me hope.”

She avoided the three P’s. The three P’s, first written about by psychologist Martin Seligman, Ph.D., were the very tendencies that initially kept Sandberg from moving through grief.

Personalization – The belief that she was at fault for what happened.

“At first I blamed myself for Dave’s death, worrying incessantly that I could have saved him if only I’d gotten to him sooner after he fell off the treadmill.”

An autopsy proved that her husband died in seconds — not from the fall, but from undiagnosed coronary artery disease.

“Not everything that happens to us is because of us,” she writes.

Pervasiveness – Thinking that a traumatic event will color everything forever.

As she began to blame herself less and as the intensity of grief began to ease, she started to notice that “not everything was terrible. My kids were crying less and sleeping through the night. We had financial resources and a wide circle of support. I have a job I love.”

Permanence – The idea that the grief and pain she felt were permanent.

However, life is impermanent and changing constantly. Gradually, “the fog of intense pain began to lift now and then.”

As she began to feel and function better, she realized “that dealing with grief was like building physical endurance — you discover strength you didn’t know you had.”

She told others what she needed. Sandberg’s struggle and loneliness were compounded by daily interactions with others that made her feel worse “because others weren’t acknowledging what I was going through, out of politeness or awkwardness.”

She decided to write about how she felt on Facebook. The impact of her posts brought immediate, positive support.

“Many began acknowledging what I was going through. They couldn’t make it go away, but they could say, ‘I see it.’”

She followed the platinum rule. Sandberg knew the “golden” rule: to treat others as you want to be treated.

When it comes to trauma, however, “we need to up our game and follow the platinum rule,” she says. “Treat others as they want to be treated.”

By becoming more in tune with a person’s suffering, we can respond with “understanding and thoughtful action,” she says.

She let herself bounce forward. To do this, Sandberg found that journaling was extremely helpful. Writing about her life after loss helped her “sort through my overwhelming feelings and my all-too-many regrets.”

On a daily basis for six months, Sandberg would write down three things she had done well that day. She learned that “people who suffer can bounce forward.” That’s the goal she had in mind for herself and her children.

She allowed herself to reclaim joy. “Slowly, very slowly, a new sense of perspective began seeping into my daily life,” she writes. “It is the irony of all ironies to experience tragedy and come out of it feeling more grateful.”

Sandberg began experiencing a greater appreciation for the parts of her life she took for granted: “family, friends, and simply being alive.”