Only Living WWII MOH Recipient to Speak at Meeting

Williams received the U.S. military’s highest decoration for valor for heroism above and beyond the call of duty during the Battle of Iwo Jima.

The West Virginia native, who will turn 98 in October, received training as a demolition man with a focus on the use of flamethrowers. He eventually joined Company C, 1st Battalion, 21st Marine Regiment, 3rd Marine Division at Guadalcanal.

In July and August 1944, he was attached to Headquarters Company and saw combat during the Battle of Guam.

Back with Company C, Williams earned his Medal of Honor in February 1945, during the Battle of Iwo Jima. Covered by only four riflemen, all of whom became casualties, Williams engaged the enemy for four hours under terrific fire, singlehandedly destroying several Japanese reinforced-concrete pillboxes with his flamethrower.

His actions allowed American tanks to open a lane for infantry. Williams continued to fight during the five-week battle, despite being wounded in the leg by shrapnel.

He was presented the Medal of Honor by President Truman on Oct. 5, 1945, at the White House.

The Sept. 2 Zoom meeting is open to the public, and no registration is required. To attend, look for the information and Zoom password located on the organization’s website: centralpaww2roundtable.org. 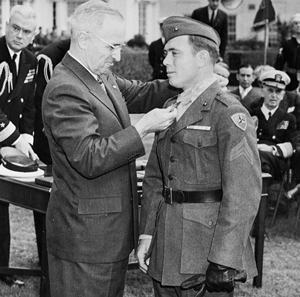 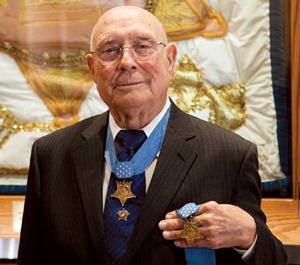