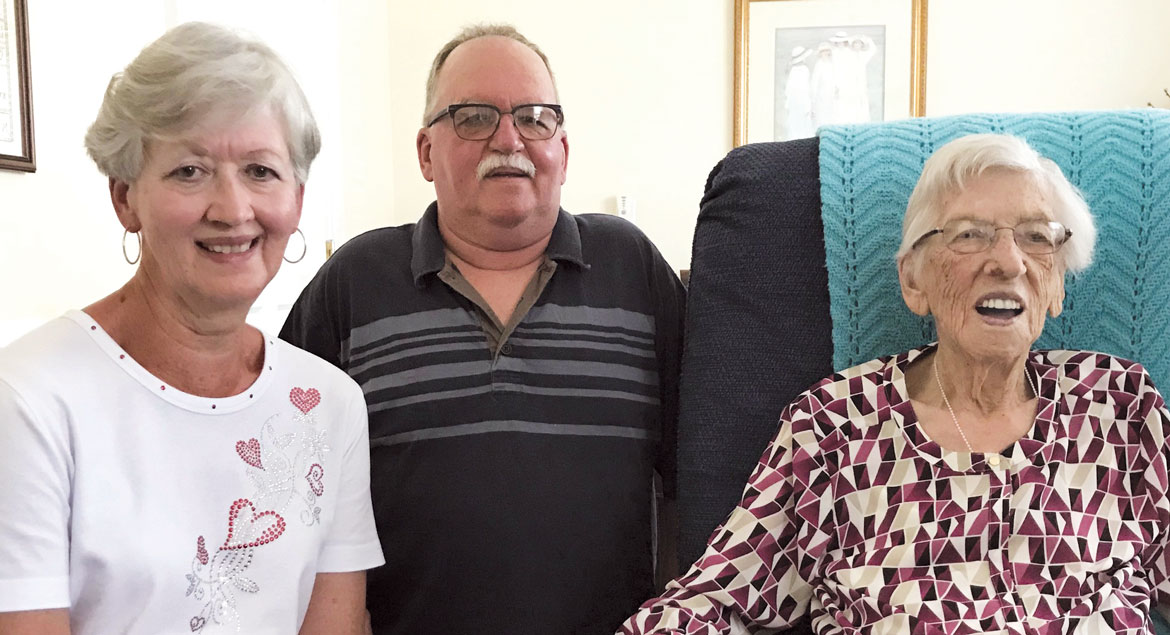 Strong bonds with family and friends are a common theme in Sara Slothower’s life. Loving and supportive parents shaped her childhood and brought her to Harrisburg, where she met her husband and raised her family.

Friendships formed through her volunteer work ultimately brought her to Homeland Center, a continuing care retirement community in Harrisburg, where she has lived for the past three years.

Slothower grew up in Brownsville, Pennsylvania, a small town close to Pittsburgh. She was the eldest of four children and fondly remembers attending a small country school and playing baseball in her youth.

“I had wonderful parents,” Slothower recalls. “We loved swimming and having picnics in the summer.”

Her fondest memories are her family’s annual visits to Kennywood Park, a popular amusement park in West Mifflin, Pennsylvania.

“I rode the merry-go-round and ate ice cream all day,” Slothower remembers. “It was the highlight of my summer.”

At 17, Slothower moved to Harrisburg after her father took on a new job. She completed her senior year at John Harris High School, now known as Harrisburg High School. Slothower remembers the challenges of adapting to an urban school after growing up in the country.

“My father often reminded me of the opportunities available at a larger school,” Slothower adds. “I struggled to adjust until I met my husband, Wilbur.”

After marrying, the Slothowers moved to Paxton Street in Harrisburg, where they raised their children, Janet, Tom, and Richard.

Like her childhood, Slothower loved summers with her husband and children. The family owned a cottage in Stoney Creek, Pennsylvania, where her husband would spend weekends at the cottage and return to work while Slothower and her children enjoyed the outdoors.

When her children were in school, Slothower went to work at Sears Service Center and then Feller’s Store in Harrisburg.

Slothower’s love of people led her to volunteering at Dauphin Manor. For 10 years, she volunteered at the gift shop and helped plan birthday parties for the residents. She enjoyed selecting the perfect cakes and making gifts to ensure residents felt special on their birthday.

While volunteering, Slothower met Barry Ramper II, now Homeland Center president and CEO. At the time, Ramper was administrator of Dauphin Manor. Slothower and Ramper became friends and stayed in touch over the years.

In 1997, Slothower’s husband, Wilbur, died. She lived independently for years, but at 95, she decided to stop driving and at 97 chose to move to Homeland Center.

There, Slothower enjoys playing bingo, pokeno, and the occasional game of pinochle. Her most cherished time is spent with her daughter, Janet, and son, Tom. Her son Richard lives in Georgia but makes regular calls to stay in touch. In addition to her children, Slothower has four grandchildren and nine great-grandchildren.

This spring, Slothower and Ramper were featured on billboards for Homeland Center. For Mother’s Day, Slothower’s son, Tom, drove his mother around Harrisburg to see the billboards. Slothower proudly displays the photo used on the billboards in her room. 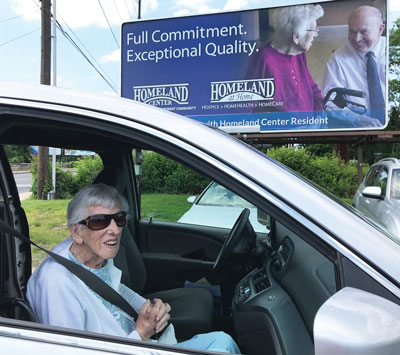 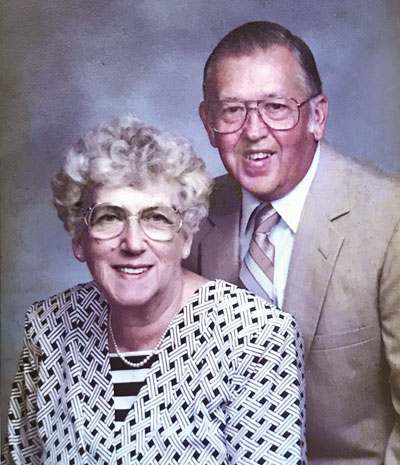