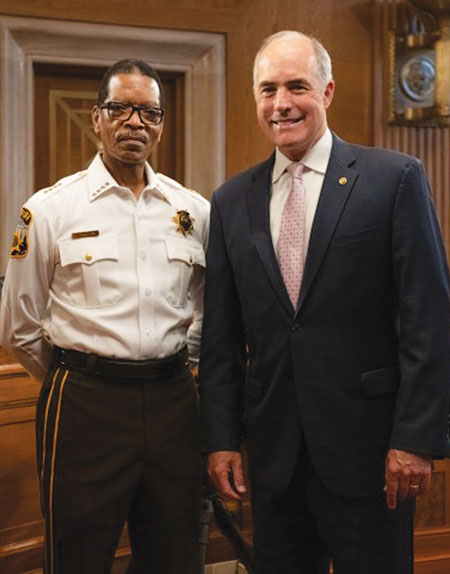 In an age where telecommunications technology, such as robocalls and spoofing, is utilized to trick seniors into giving money to scammers, this bill would enlist bank tellers and cashiers in the effort to spot and stop scams before seniors lose money.

The financial impact of scams, including robocalls and financial abuses targeting seniors, is estimated to be at least $3 billion a year.

“Robocalls calls are more than a nuisance: They turn a conversation into a heist by threatening our aging loved ones and stealing their hard-earned savings,” said Casey, ranking member of the Special Committee on Aging.

“Con artists are feeling more emboldened than ever, spoofing law enforcement phone numbers and threatening seniors and others with arrest in order to scare them into immediately handing over funds.”

According to the FCC, Americans received approximately 47.8 billion robocalls in 2018.

Delaware County Sheriff Jerry L. Sanders Jr. testified about the recent trends of phone scammers impersonating law enforcement, including his office. Sanders spoke on the steps his department takes to prevent seniors and others from falling victim to robocall scams.

“Often, trying to keep the public aware to avoid victimization is the best we can do,” Sanders said. “I was pleased to learn that Sen. Casey has introduced legislation that would help train bank tellers, cashiers, and others about how spot a potential scam victim and intervene to stop it.

“In this way, they would serve as another line of defense — protecting our friends and neighbors from these criminals.”