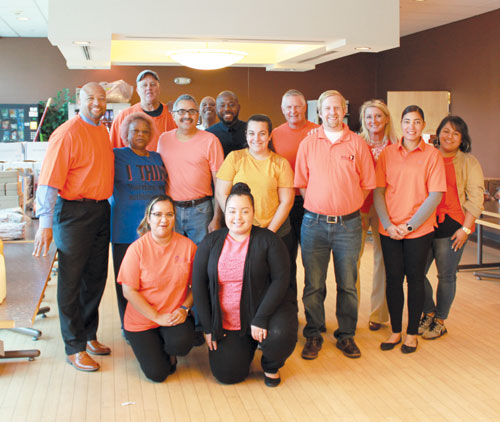 For Hunger Action Month in September, Department of Aging Secretary Robert Torres visited Morrison Tower in Harrisburg with the Central Pennsylvania Food Bank to distribute food boxes to seniors, in addition to Fresh Express options that include short shelf-life foods, such as fresh produce and dairy products.

Morrison Tower is approved by the Department of Housing and Urban Development as an elderly-only housing option.

Torres worked with the Central Pennsylvania Food Bank and Morrison Tower staff to organize and distribute Commodity Supplemental Food Program and ElderShare food boxes to residents, all while dressed in orange in honor of Hunger Action Month.

“Lower-income seniors shouldn’t have to worry about getting the nutrition they need, or choosing cheaper, unhealthier foods because it seems like the only option,” said Torres.

“The Central Pennsylvania Food Bank’s senior programs don’t just give seniors access to nutritional options but provide a convenience in bringing those options right to them, like we are doing today.”