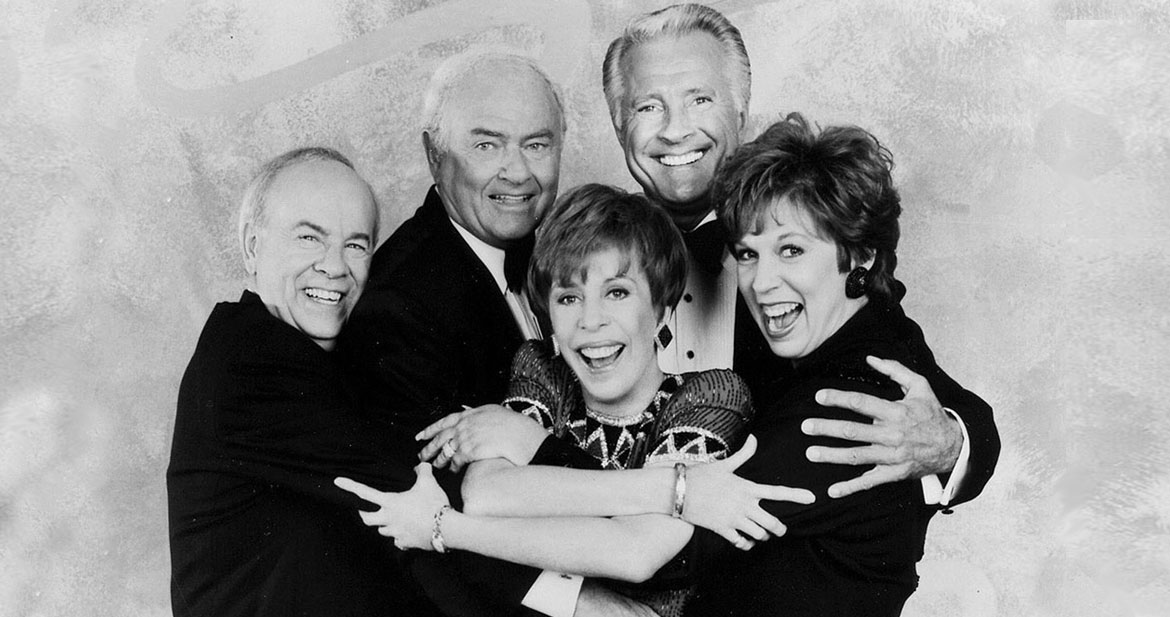 A couple of years ago, visitors to Carol Burnett’s home might have observed the comedy legend glued to the TV set, binge-watching every episode of her old variety show.

But it wasn’t a case of extreme celebrity vanity sweeping through the Burnett household.

“I’d been getting calls from writers wanting to interview me about the show,” said Burnett from Los Angeles. “So I thought, maybe I should write a definitive history of the 11 years I worked on The Carol Burnett Show because, after all, I was there!” 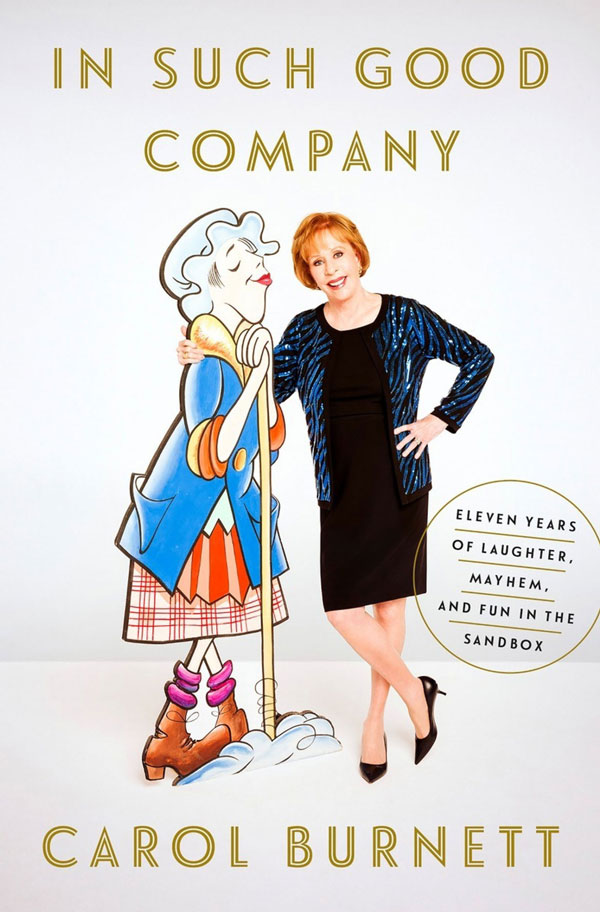 Her timing was perfect. In Such Good Company: Eleven Years of Laughter, Mayhem, and Fun in the Sandbox was published late last year as a prelude to this year’s 50th anniversary of the show, first broadcast in September 1967.

Scrutinizing the episodes, Burnett jotted down notes to help with the book preparation.

“I watched all the episodes—over 270 of them—in a period of several weeks. I fast-forwarded through the sketches that I remembered, but really wanted to jog my memory about the ones I’d forgotten. Watching also helped me remember behind-the-scenes stories and the great variety of guests that appeared each week.”

As she progressed through the viewing marathon, Burnett says it was fascinating to observe the cast evolve.

“We all improved over the first three or four years. Harvey (Korman) was brilliant from the beginning, but even he honed his craft.

“Vicki (Lawrence) was 18 and right out of high school at the start, so Harvey took her under his wing, teaching her accents and giving her acting tips. She absorbed everything like a sponge, and millions of viewers watched her evolve into a brilliant comedienne.”

Audiences were also treated to a parade of weekly special guests throughout the series, which collectively could be considered a history of Hollywood from the period.

“We might have had more famous guest stars than any other TV show,” Burnett suggested. “My husband (the late Joe Hamilton) was producing the show, and we would say, ‘Let’s call so-and-so and ask him or her on the show.’”

“We wanted Bette Davis and had a standard fee for all our guest stars, but she asked for too much money,” recalled Burnett. “I wanted to pay her more, but we couldn’t because everyone would have wanted more.”

In addition to its impressive guest list, the show is legendary for the cast “breaking up” and laughing during filming.

“People remember those sketches and think we did it all the time, but we really didn’t,” she laughed.

“Nor did we ever do it on purpose, and it was mostly when Tim (Conway) was on. We’d tape two shows on Fridays with different audiences. Tim would do it the way we rehearsed for the first taping, then go crazy for the second without telling anyone what he would be doing.”

For all her television work, Burnett amassed an incredible collection of honors, including three personal Emmys just for The Carol Burnett Show.

“Of course, I’m proud of the awards and they’re sitting on a shelf—but I don’t go and polish them every day!” she laughed.

Already an author of several other popular books on her life and career, her latest 320-page memoir on the show has been warmly received by critics and fans. She says she wasn’t too concerned about finding an audience for a book about a 50-year-old TV show.

“It still airs on cable, and there are old and new fans watching it. But I really just wanted to get the memories down on paper for myself, and if others enjoy it, that’s the cherry on top of the sundae.”

Nick Thomas teaches at Auburn University at Montgomery, Ala., and has written features, columns, and interviews for over 600 magazines and newspapers.