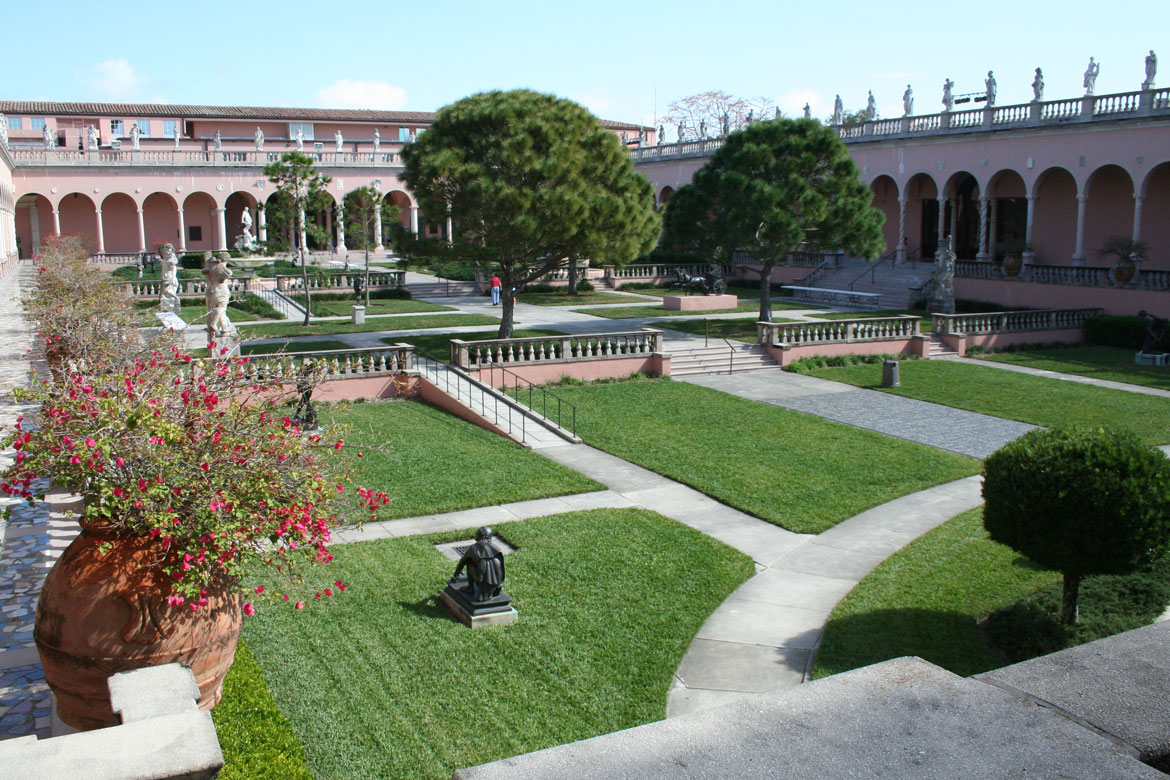 John Ringling was a world-class collector with the means to collect some of the finest art and antiques.

The opportunity to source, acquire, and transport historic art and antique objects from around the globe resulted in the entertainment giant bringing highly sought-after pieces home to the United States.

The legendary circus king’s collection is on display in the John and Mable Ringling Museum of Art in Sarasota, Florida. The Ringling Museum houses more than 10,000 objects of international art and antiques from various eras.

Many of the collections on display in Sarasota derive from the 1936 bequest of John Ringling, including his mansion home and summer residence called Cà d’Zan, as well as his private art museum.

Located on the picturesque and sprawling 66-acre Ringling estate on Sarasota Bay, the museum features an Italianate mansion with Venetian gothic revival architecture, filled with art and antiques, a jewel box theater, and a circus collectibles and memorabilia museum.

In 1931, the Ringling Museum of Art opened to display works of art by great masters, including the Spaniard Velazquez, Venetian colorist Veronese, Greek Mannerist El Greco, British portraitist Gainsborough, and the list goes on.

The art museum features paintings and sculptures from the Renaissance period to the present day in diverse media. Fine objects are on display in the museum’s permanent collection galleries and temporary exhibition spaces.

The personal impact of the Ringling family—as art collectors, philanthropists, and traveling entertainment innovators—is evident in the Circus Museum, which thrills visitors young and old alike and remains on the grounds of the Ringling museum compound.

The main attraction of the Circus Museum is the Howard Tibbals circus model, a 3,800-square-foot real-life replica of the Ringling Bros. & Barnum and Bailey Circus. The model was named for its maker and includes 152 circus wagons, 1,300 circus performers and workers, 800 animals, and a circus train.

While the Ringling museum is nothing short of spectacular, John Ringling was known for his business and advertising acumen.

Nothing says “circus advertisement” better than famous and popular Ringling Bros. circus posters with images of animals, sideshow acts, and featured performers. Many people collect these highly prized printed lithographic posters that were used to advertise attractions when the circus came to town.

The Strobridge Lithographing Company of Cincinnati, Ohio, produced the circus posters for Ringling Bros. & Barnum and Bailey Circus, which are now collectible and valuable. These posters were produced from circa 1878-1939 and featured images from the golden age of the circus.

Advertising images show attractions such as the great menagerie of exotic animals, specialty sideshow clowns, and daring center-ring events that showcase the magic of the circus from the late 1800s to the early 1900s.

For circus-poster collectors, it is important to note that in 1971, Ringling Bros. & Barnum and Bailey Circus reissued some of the more popular posters in an effort to promote their new combined shows.

Look for the telltale signs of an original Ringling circus poster: the lithographer’s markings, the beige color of the paper showing signs of the acid tanning that occurs over time, and the thin paper stock that was easy to post around town to advertise the circus’s arrival dates and attractions.

When it comes to collecting Ringling Bros. circus posters, condition, preservation, and imagery will impact value considerably. Certain poster imagery will command greater value than others, such as the Fat Lady, Gargantua the Ape, or Felix the Clown.

Some collectors want posters in mint or pristine condition; other collectors don’t really mind if a poster has been posted with pinholes in the top corners because posting these posters was their intended use.

The market has been kind to the circus, as these posters still command high prices upward of $25,000, depending on many factors. And, with the 146-year circus having ended in May 2017, these collectibles will quickly become scarce.