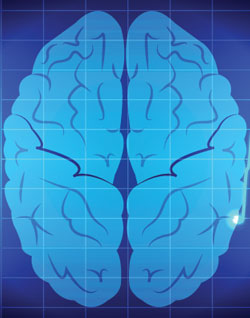 According to an article on the NPR website, researchers have found that the metabolism of women’s brains remains healthier and more youthful than that of their male counterparts, making women better equipped to be creative during the later years of their lives.

The findings come from a study of 205 brain scans of people ages 20–82. At first scientists studied brain metabolisms to determine a person’s age.

Then they observed a significant difference between the age of some people’s brains and their chronological ages, leading to the discovery that older women’s brains, on average, were about four years younger in terms of metabolism than men’s brains.

The reason is unknown, but the scientists say a higher brain metabolism may give women an advantage in learning and creativity as they age.