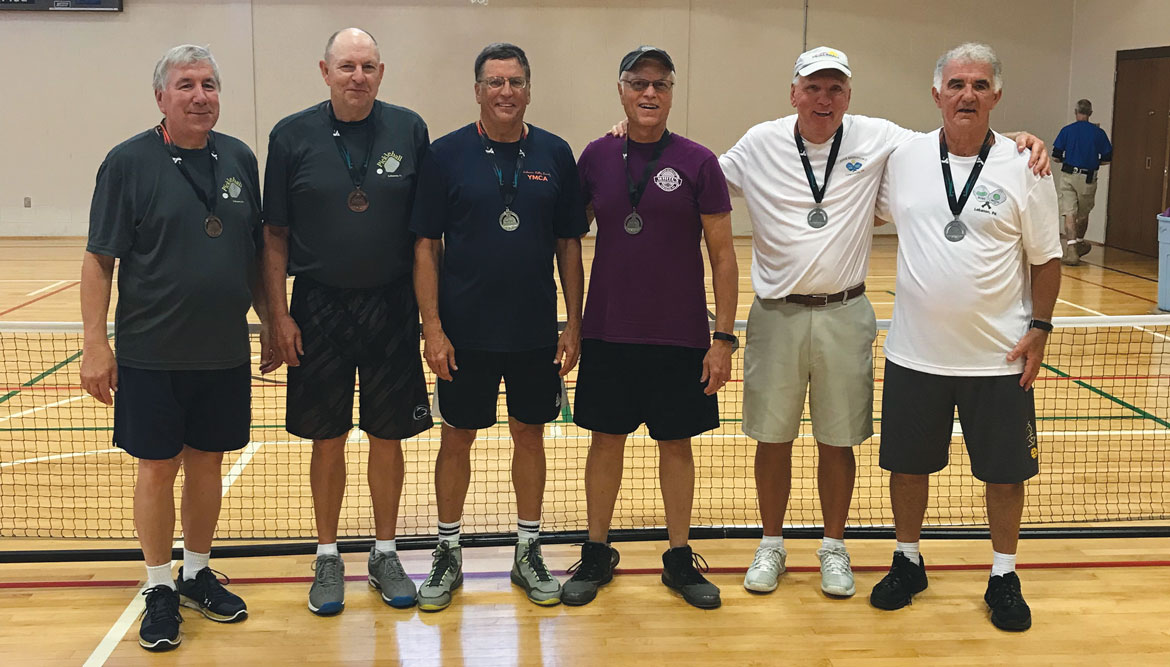 With the exceedingly wet weather that’s had much of Central Pennsylvania collectively grousing throughout spring 2018, it was unlikely the Lebanon County Senior Games would get through its five-day run entirely unscathed.

“The games went great again this year, minus some weather issues,” Brian Wolfe, director of operations at Lebanon Valley Family YMCA at the VA, said. “We had to reschedule a day due to rainy conditions.”

The affected events — mini golf, horseshoes, and the closing picnic — were rescheduled for a day the following week.

“I start the planning process of the games in January. It is a lot of preparation before and during the games,” Wolfe said. “What I find most rewarding it seeing how much fun everyone has, and that in itself makes it worth all the effort.”

Pickleball’s particular popularity extended beyond the interest of the players, Wolfe said, to include spectators as well.

“We had a nice turnout of fans watching all pickleball events,” he said. “At one event, we had that many people watching that they were able to do the wave.”

Pickleball was the main reason Bob Arnold, of Lebanon, joined the games this year. Both Arnold and his wife, Susan, embarked on their first year as Senior Games athletes after some fellow pickleball players at the Lebanon YMCA encouraged them to sign up.

“We enjoyed it very much,” Arnold said. “It was very well laid out.”

“The games are a fun, friendly, competitive atmosphere that gets seniors active. It enables them to meet new people and form additional social rings,” Wolfe said. “The games provide a positive example of how active our community is and will hopefully inspire other seniors to get active.”

But will the Arnolds be back for a second year?

“Absolutely. We really enjoyed it and thought it was a lot of fun,” Bob Arnold said. “I don’t know why we didn’t do it other years. You meet some nice people; we had a good time.”

To request more information on the Lebanon County Senior Games or to learn about opportunities and activities the Lebanon YMCA offers, call (717) 273-2691 or visit www.lebanonymca.org.