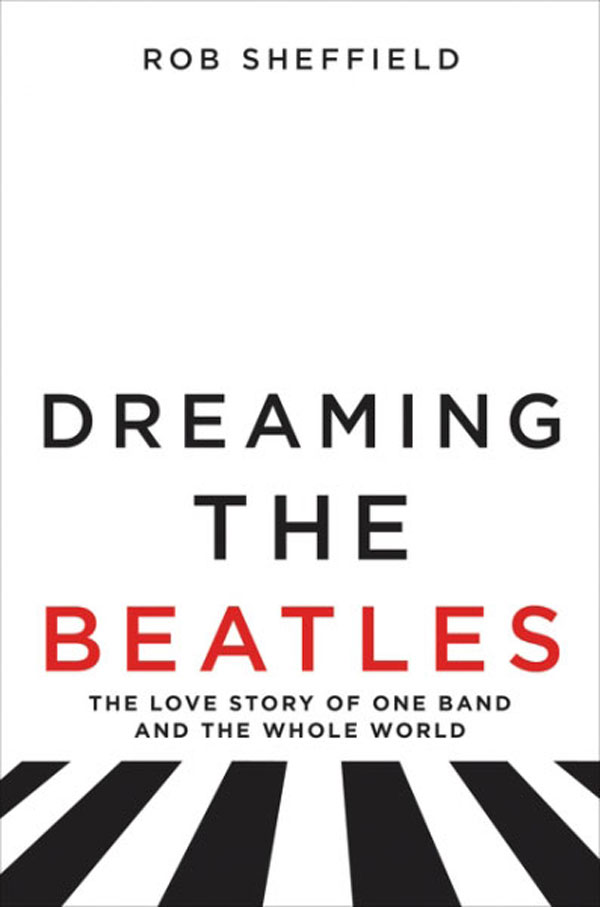 The Bookworm Sez: Dreaming the Beatles

Dreaming the Beatles: The Love Story of One Band and the Whole World

There are places you remember.

And things: the basement rec room in your parents’ house, where the family stereo sat. Your upstairs bedroom and the portable turntable bought with babysitting money. The transistor radio on the beach or at your part-time summer job.

You hear a certain song, and they’re all practically in front of you, and in Dreaming the Beatles by Rob Sheffield, you’ll revisit them again.

No matter what age you are, says Sheffield, you know exactly who they are: John, Paul, George, and Ringo. Even today’s grade-schoolers know Beatles songs from half a century ago—but why? What made those “lads” so special?

“It wasn’t their timing,” says Sheffield. “It wasn’t drugs. It wasn’t that they were the voice of a generation … yet the allure of the music keeps on growing, nearly 50 years after the band split.”

They were just four talented boys among thousands back then. John met Paul at a village fair. They interviewed George for the band. Ringo, almost a pro with his personalized drum kit, came along later.

They meshed and became so close to one another that when John went on holiday with his wife, Cynthia, and son, Julian, he could do little but mope about how he missed his mates.

In light of how an album is made today, their work was astounding: their first album was recorded in one 13-hour day, the same day some of the lyrics were written; against popular wisdom of the times, their publisher allowed them to perform their own songs rather than covers of other tunes.

Not long after, their touring schedule would be likewise brutal: The Beatles would play a half-hour in one tiny venue, then dash to the next joint to do it again in the same night.

They squabbled, compromised, and laughed, mourned losses and celebrated successes. They learned to “stop swearing and eating and drinking and belching onstage” and became pros who were sometimes annoyed by “the scream.”

In the end, they were so sick of one another that none could wait to be rid of the rest.

Although it’s nearly totally subjective and perhaps itching for argument, Dreaming the Beatles is a Fab Four fantasy for fans. Truly, it’s hard to imagine debating with anyone other than author and Rolling Stone columnist Rob Sheffield on this subject.

Sheffield writes with the patter of an AM-radio deejay, as he moves from album to band biography to musician profile in his reasoning for naming the Beatles as the best band ever.

In leaving room for dissent and inviting discussion, that opinionated evidence offers enough memory-sparkers to take boomers back a few decades and plenty of insider gossip to satisfy younger readers.

So, argue and ponder, enjoy Dreaming the Beatles, but give yourself time to listen to the songs, too. You won’t be sorry, in any case: You know you love the music, and you may have read other books about the Beatles, but in your life, you’ll love this more.