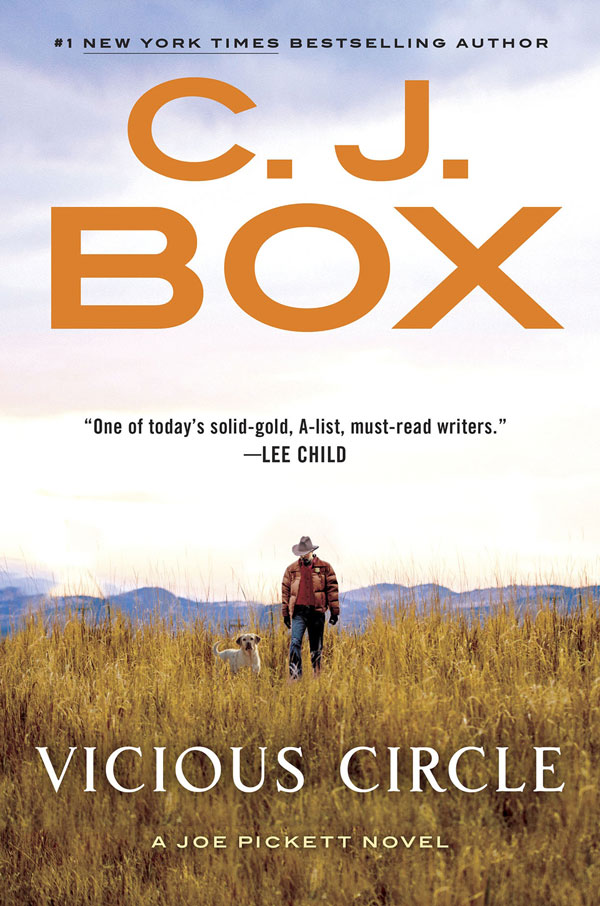 It’s gone around and around.

Your mind just can’t let go: how can you put an end to a ticklish problem?

You’ve let it roll through your head, around and around until you almost can’t think right, hoping the solution is somewhere close.

But, as in the new book Vicious Circle by C.J. Box, the fix may be harder than it seems.

Throughout his career, game warden Joe Pickett had seen a lot of dead bodies. He’d seen them in many places and positions, but he’d never actually witnessed a murder until he saw one on an iPad screen in a Cessna, high above the Wyoming mountains.

The victim, he was sure, was Dave Farkus.

Reported missing by a hunting buddy, Farkus had disappeared, leaving his beer. He was familiar with the area; Pickett knew him, and he knew that a one-time outdoor guide like Farkus didn’t just get lost in the woods.

Add to that the odd call he’d made to Pickett the night before—something about Dallas Cates and Stockman’s Bar—and something was wrong.

Everybody in Twelve Sleep County had been dreading this day, ever since Cates went to prison. Before he left, he’d vowed revenge on everyone who’d hurt his family and ruined his life, and nobody in Saddlestring doubted he’d try to get it.

Pickett, who’d put Cates away then, was the first target.

True to form, the newly freed Cates went afoul of the law almost immediately—and was quickly released because Undersheriff Lester Spivak had done something stupid during the arrest.

With the possibility of double jeopardy gone and with two former jail buddies waiting in the wings to help, Cates focused on Pickett.

But what—other than former fame as a rodeo star—did Cates have to offer the men who seemed willing to kill for him? That didn’t make sense to Pickett; there didn’t seem to be good motives for anyone to kill Farkus or bartender Wanda Stacy, who was also missing.

To your list of Don’t Read Before Bedtime, you can add Vicious Circle. If you don’t, you may as well kiss sleep goodbye.

Yes, there’s more than just one keep-you-up-all-night heart-pounder in this book; it’s the 17th novel to feature Joe Pickett, after all, and author C.J. Box nails it again with a story that lays out the clues and dares you to figure them out.

Readers who know Pickett know that won’t be easy, just as they’ll remember how Box often brings back truly nasty bad guys and leaves fans with an aggrrrrrravating cliffhanger. And that, of course, will have you screaming for the next installment.

Don’t hesitate to start this book if you’re new to Box’s novels; it won’t take long to catch on or to want the rest of the series. If you’re an old hand at the Pickett Posse, though, rejoice! Find Vicious Circle. It’s a book you’ll want around.