So you just received a million dollars.

You won the lottery, hit the jackpot, married well, invested right, found a long-lost rich aunt, whatever. Congratulations, but now what? Throw a party for your hundred new besties at one of the mansions you’ll buy? Or is that money doing fine in a bank?

Maybe you need to read Heiresses by Laura Thompson to be sure you’re prepared.

British and American literatures are rife with women who are rich, spoiled, and spurned by men who seem to prefer their poorer sisters. But why a book that focuses on women? Surely, there were spoiled, rich men around, right?

True, but Thompson points out that in early times, no matter what their status might be when they married, women cleaved unto their husbands and lost their own identities.

In many cases then, a husband made out like the proverbial bandit when such unions elevated his status as well as his finances. Sometimes, a woman ended up better, too, but that was often rare — at least early on.

At the age of 12, Davies either owned or would own most of London, as well as much of the surrounding area. Of course, she couldn’t remain single — it was the late 1600s, after all — and so she was basically put up for auction by her own mother.

Fortunately, the winner was a decent man, but when he died young, Davies’s family stepped in and declared her mentally incompetent in order to seize what was left of her inheritance.

And then there was the whole “Who Wants to Marry a Millionaire?” thing, when American heiresses of the Rockefeller-Vanderbilt-Astor ilk began searching for their own happily-ever-afters among British princes and lords.

Landing a title was good then. It was even more of a feather in Mama’s cap.

A little windfall is nice, especially if you’re not expecting it, eh? So what do you do with it? Read Heiresses, and then think carefully.

Granted, your windfall won’t be in the gazillion$, as it was with the women author Laura Thompson profiles in this sometimes uneven book.

You won’t have to contend with a lifetime of wealth — and contend is what happened, as Thompson shows. You won’t even need a staff to fetch you the illusion of happiness.

Just remember that most heiresses you’ll read about were unhappy, lonely, love-hungry, and afraid of all the wrong things. Yes, their lives were different from yours, but not always in a good way.

Still, go ahead and admit it. As Thompson says in her introduction, who wouldn’t like to try the life of an heiress? Indeed, this book can make years’ worth of money sound like cautious fun, like a two-year vacation, like never watching your checkbook balance.

And reading Heiresses could feel like a million bucks. 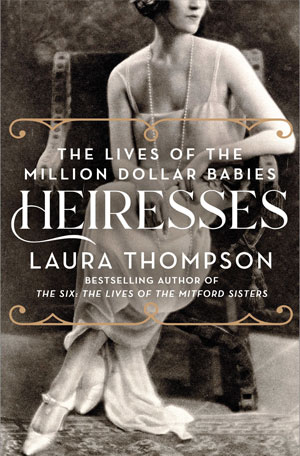 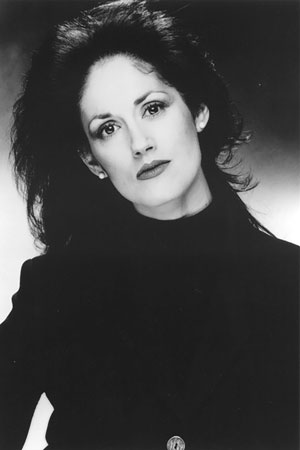