The Bookworm Sez: Lightning Down

You can smell it in the air: Rain’s on the way, maybe thunder, maybe more, but the high winds are what you hate. They make you run for shelter and pray hard. The storm’s a-coming, and in Lightning Down by Tom Clavin, it’s never as mild as you hope it’d be.

As a young man on the farm near Ferndale, Washington, all Joe Moser wanted to do was to fly airplanes — the P-38 Lightning, to be specific — but though it was his deepest desire, he knew it probably wasn’t possible: As the oldest son of a widowed mother, Moser had to take care of the farm, and besides, piloting a P-38 was something only for college graduates.

Moser was doing chores when he heard of the attack on Pearl Harbor, and, like most young men then, he hastened to sign up to for the military.

He tested for the Army Air Corps, but, though the rules were relaxed, his scores were too low for pilot school, and it looked like Moser was headed for the infantry until someone rechecked those scores. Suddenly, he was on his way to 20-plus months of training before being sent to England to pilot the P-38.

That was a job he turned out to be good at. It didn’t take long for him to receive a Distinguished Flying Cross and, shortly after that, a promotion to first lieutenant. Writes Clavin, “He was still only 22 years old.”

Surely, Joe Moser knew the danger of what he was doing, but he chose not to dwell on it. He went out every day and did his job, hoping “he would get out of this thing yet in one piece.” By early August 1944, he’d had 43 missions “under his belt,” and he was looking forward to rotating out and going home.

Now, here’s the thing: If author Tom Clavin had stopped right there, you’d still have a heckuva heart-pounder in your hands with Lightning Down.

But that’s not the end of this story, not by a long shot.

Clavin takes this tale beyond, not to a rugged POW camp run by the Red Cross, but into the Buchenwald Concentration Camp where Lt. Moser was sent after his capture, then along a forced march that reads like a fever dream.

Not one single thing in this narrative is softened: Clavin relentlessly plunges readers directly into the horror of the camp in passages that are almost numbing in their content, number, and nightmarish detail but are broken up sometimes by moments of courage.

We know how this ends — Moser is saved, right? Right? — but we really don’t know, not until it actually happens.

This book is an absolute winner for your dad, your granddad, your uncle, anyone who’s a veteran or a World War II buff, or readers seeking a tale of heroism. Find it now, and let Lightning Down strike you. 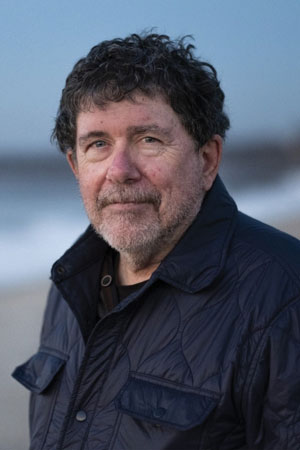 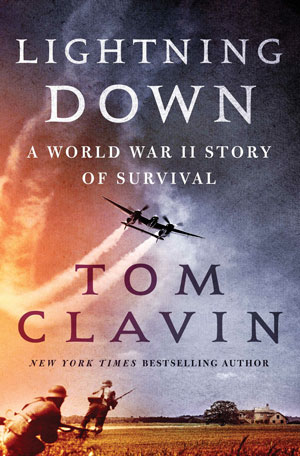