The Bookworm Sez: Nazi Wives: The Women at the Top of Hitler’s Germany

Stand by your man.

That’s what the old song says you’re supposed to do: stand by him, support him, tell him when he’s right and when he needs to reconsider his stance.

Stand by him, not as his lesser but as an equal in a life plan that benefits you both — but, as in the new book Nazi Wives by James Wyllie, give him a good shove first.

In the years after World War I, Adolf Hitler had been quietly building a group of elite and powerful men for “a national revolution.”

He’d been thinking about it for a while, and he knew that war hero Hermann Goering would be an “asset” to his group, though Goering apparently didn’t feel the same sense of urgency to join the fledgling Nazi party.

Goering’s wife, Carin, however, “worshipped the ground Hitler walked on,” and that ultimately sealed the deal for Goering.

Gerda Buch was still a child when she met the man she would call “Uncle Adolf,” who became a guardian-mentor of sorts and was influential in young Gerda’s upbringing. Once she was an adult, the influence extended to her marriage to Martin Bormann.

Ilse Pröhl stood by her boyfriend, Rudolf Hess, even when he was in prison. She reportedly wasn’t happy with the chaste aspect of it, but she was impressed with Hess’s relationship with Hitler and his influence in the writing of Mein Kampf.

After working as a nurse with the German Red Cross, Margaret Boden shared a love of alternative medicine with Heinrich Himmler, who was somewhat of a mama’s boy.

Emmy Sonnemann was her husband’s second wife, and she never quite connected with Hitler as did her wedded peers.

Lina von Osten was said to have been “breathlessly” captivated by the odd-looking Reinhard Heydrich.

In his introduction, author James Wyllie says he decided to write on this subject because it’s rarely covered and that in his research, he found “gaps and chunks of time” unaccounted for in the lives of Nazi brides.

Sadly, these “gaps” are chasms, and they make Nazi Wives repetitive, sometimes confusing, and only mildly interesting.

To be sure, there’s a lot about the inner-circle (male) Nazis here: their childhoods, mindsets, careers, wealth, homes, and mistresses. We learn about Adolf Hitler’s loves and his temper tantrums; there’s a bit about World War II battles and marches and atrocities, but really not much.

No, the assumed focus is on Nazi wives, as per the title, but Wyllie’s aforementioned dearth of information leaves readers with subjects who aren’t fleshed out nearly enough.

What we get are compelling facts mixed lightly with inferences and scandalous gossip, like a one-time banquet before a steady diet of supermarket tabloids.

Will the few well-told stories — the lives of the Bormanns, the end of Magda Goebbels — save this book?

Hard to say; World War II scholars might be intrigued with Nazi Wives. History buffs may be interested. Many readers, though, won’t stand for it. 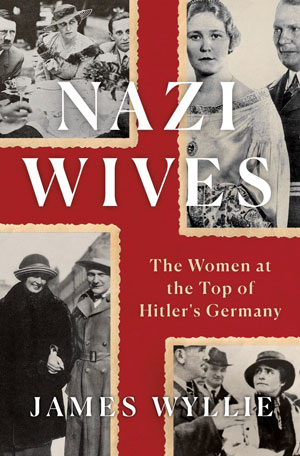 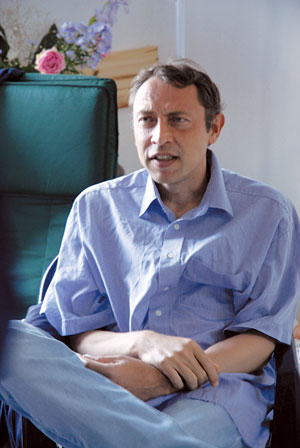