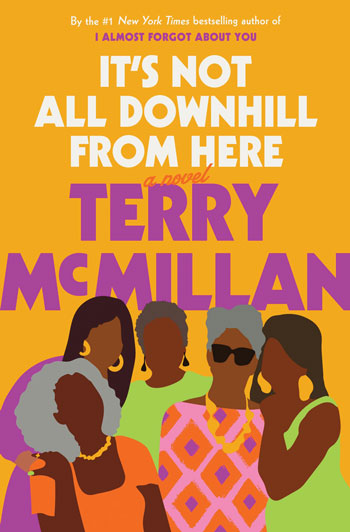 The Bookworm Sez: It’s Not All Downhill from Here

Getting old ain’t for sissies.

Aging is not for the weak, whiners, or wimps, not for ’fraidy-cats or those with no confidence, and aging is absolutely not for the inflexible.

But then again, as in the new novel by Terry McMillan, It’s Not All Downhill from Here, either.

Good heavens, she was going to be 68 on New Year’s Eve, and she told her husband, Carl, that she didn’t want the fuss again this year. He would listen to her wishes, but her girlfriends? They never would.

Korynthia, Poochie, Lucky, and Sadie stepped back and let Carl handle a special treat: a weekend at Loretha’s favorite hotel in Palm Springs, just the two of them.

It was exactly what she needed to take her mind off everything: Her mother had been moved into assisted living; her sister, Odessa, was some kind of witch; her daughter, Jalecia, was heaven-knows-where and probably high on something; her granddaughter, Cinnamon, was a “space cadet”; and Loretha was just plain tired.

A weekend away with Carl would be perfect.

But before it had even started, her birthday weekend ended in a way that Loretha could never have imagined, with a loss both unfathomable and unfair.

When it was all over and everybody went home, she could barely remember what hour it was. She closed her businesses because she had no energy to run them.

Staying at home, alone and staring at four walls, wasn’t an option, though. Jalecia moved in with Loretha’s ex-sister-in-law, who was always calling for money.

Cinnamon announced that she was pregnant with twins, and could she have one of Loretha’s rentals?

Then Korynthia insisted that Loretha join her dance class, some young man showed up and announced that he was Carl’s long-lost son, and Poochie started planning an all-girls cruise week.

And life goes on after a bad event: uphill sometimes and sometimes not …

FaceTime isn’t cuttin’ it. Skype’s not enough. You can get by with phone calls and texts, but it isn’t the same: You need your friends, just as in It’s Not All Downhill from Here.

And yet, don’t think that this is just another “girlfriends” book. Yes, absolutely, it’s a story about women’s friendships, but author Terry McMillan also explores what it’s like to grow older, when a body’s “of a certain age” but the mind forgets that’s so.

Readers who’ve glued together the pieces of a life shattered know all about this, and what it’s like to do it again tomorrow, if the need arises.

McMillan’s characters possess just the right amount of wisdom for that, which will appeal not so much to her younger readers as, perhaps, to the age group that originally loved Waiting to Exhale.

It’s Not All Downhill from Here actually comes at the right time: It reminds readers that even in Novel-Land, things can get messy, and you’ll be OK.

Find it for your next book-group virtual-meet. Read it, and share with your “sissies.” 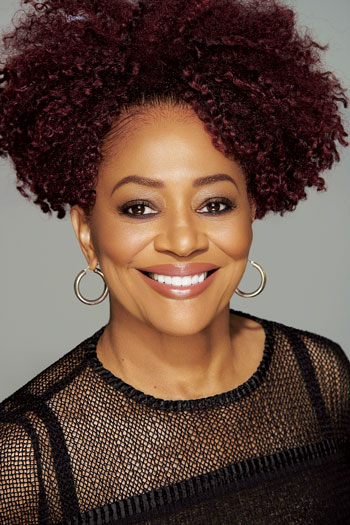