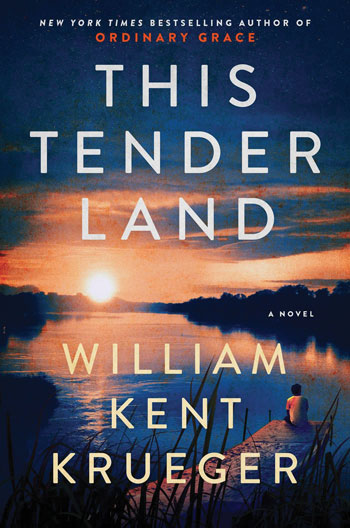 The Bookworm Sez: This Tender Land

It was never enough when someone read a story to you when you were a child: A tale from the heart was always better. Every time the story was told, it was a little bit different, a little braver and a lot more exciting, and with This Tender Land by William Kent Krueger, you’re in for a good one.

Every child at the Lincoln Indian Training School feared what Odie O’Banion called “the quiet room.” They feared it, because it was rarely quiet: Usually, someone was sobbing from the beatings, or worse, that they endured in that dirt-floor cell, or because of the rats there, or because of the dark.

The first time he was tossed into the room, Odie was 8 years old and his then-12-year-old brother, Albert, was inexplicably tossed in with him.

It was 1932, and they’d been told that they were the only white boys at the Indian school in northern Minnesota because the county had nowhere else to put them after their parents died.

Odie had only known a mother’s love for a few short years of his life; Mrs. Brickman, the owner of the school, didn’t love him, or any of the children there.

Odie doubted that the “Black Witch” was capable of love.

She was surely capable of cruelty, though, and part of that was in loaning children to work for nearby farmers. If the Black Witch meant to punish a boy, he was sent to the Bledsoe farm; if it was a good day,

Odie, Albert, and their friend, Mose, would go to Mrs. Cora Frost’s farm, to help out there.

As far as Odie was concerned, Cora Frost was an “angel.” A widow with a 5-year-old daughter, Cora made the boys feel like family, and for story-loving Odie, that was heaven.

But when a tornado came through and took that family away, he knew that only one thing could happen next: It was time to escape …

Which is exactly what you want in a novel: to be transported to another time and place, to escape. Happily, you’ll find plenty of that inside This Tender Land.

You’ll also find a lot of “ish” in this novel: an Oliver-Twist-ish open with a Snape-ish character in charge. Adventure that’s quite Mark-Twain-ish and a sweet, puppyish love story.

There’s history and culture that may be newish to the unversed, wrapped into a tale that alternates between sentimentalism and wincing.

Placing this all solidly on a factual base, author William Kent Krueger then plops his readers down in a period when the Depression caused families to disintegrate and roving bands of kids were not uncommon. And we wander here, too, through a timeline filled with murder, crime, faith, heart-pounding chase scenes, and just a little magic.

That could feel overdone and may be a little overwhelming for some readers, so give yourself room with this book. You’ll want that anyway — some room to enjoy, if you love stories. For you, This Tender Land is a good one told. 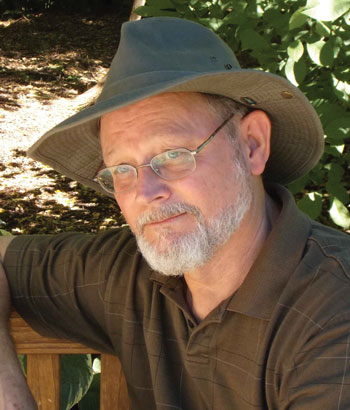