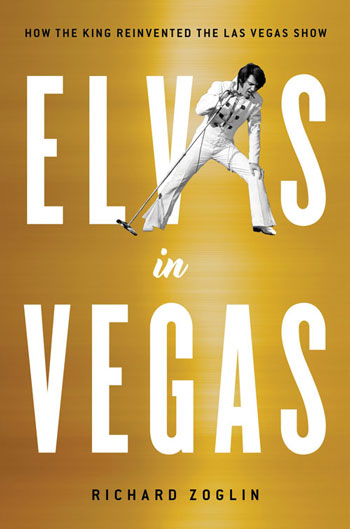 The Bookworm Sez: Elvis in Vegas

That’s what you want to see as you reach for the lever and take another spin. Or is it a little ball in a slot you’d like better, or the right number from a deck of cards?

When you’re in Vegas, baby, anything can happen — even, as in the new book Elvis in Vegas by Richard Zoglin, breathing life into what seemed nearly dead.

His first time in Las Vegas was not his idea. And it wasn’t a good idea, either.

It was the spring of 1956, and Elvis Presley’s star was rising. Teenage girls screamed for him onstage, and he’d already been a “regional phenomenon” when he recorded his first mainstream single, “Heartbreak Hotel.”

That record was at the top of the charts when his manager, “Colonel Tom” Parker, booked Presley at the New Frontier hotel, but there was one problem: Vegas show-goers in 1956 were more middle-of-the-road and middle-aged. To them, rock ’n’ roll was just a fad.

That was Presley’s first show on a Las Vegas stage, and it would be his last for more than 13 years.

In the meantime, the city grew up and out.

During the 1950s, says Zoglin, every major (and many minor) stars from Hollywood, Broadway, and the sporting world performed in Las Vegas, onstage or in lounges, or they came just to hang out.

Singers honed their crafts and made their marks, actors offered unremarkable stage shows that were nevertheless sold out, and “Rat Pack” practically became a household term, while rock ’n’ roll bands came but didn’t stick around.

The city’s population swelled to 59,000 citizens by 1960 and some 20,000 tourists visited each day, while Elvis Presley made movies that, at the end, were box-office busts.

He’d always loved Las Vegas for its glamour and fun. He’d been there many times, had even gotten married there, and it was the perfect place for him to perform, which was something he loved best.

He signed a contract, put together a band, chose two backup groups, and practiced. And on July 31, 1969, he stepped on stage …

Elvis fans unite! Read this book but be sure to share. Elvis in Vegas has something for almost everyone inside.

Author Richard Zoglin does, indeed, write about Presley in his early career, but he does it with a difference: While there’s a strong but thin thread that ties the first pages to the last half of this book, the middle half offers a lively, nostalgic, cowtown-rags to high-roller-riches tale of not just a city, but of entertainment itself.

The ascent and descent of many careers are wrapped up in Las Vegas history, and Zoglin tells the stories with an insider’s feel and a sense that what happened 50 or 60 years ago is still great gossip.

Fans will hunka-hunka burnin’-love this book, while readers who are too young to recall Presley’s comeback but old enough to appreciate Sin City will enjoy it, too. Elvis in Vegas is a great read. You can bet on that. 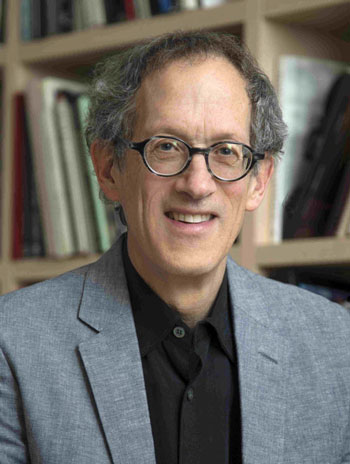