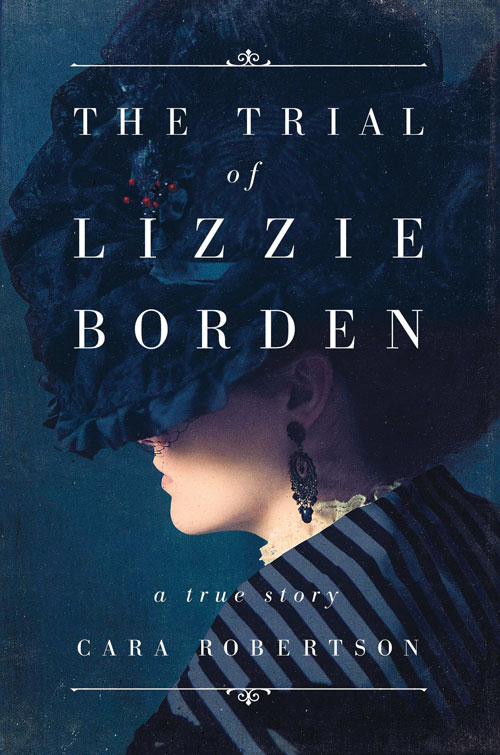 The Bookworm Sez: The Trial of Lizzie Borden

At trial, each of them will hear the same words. They’ll see the same evidence and watch the same witnesses, but they’ll each embrace different things.

How will they judge? Guilt, innocence, or, as in The Trial of Lizzie Borden by Cara Robertson, will the end of the story come as a surprise?

Were she a child of today, Lizzie Borden would be considered spoiled.

Her father, Andrew, was a parsimonious, dour man of means who was quite surprisingly generous to his two motherless daughters, but he favored Lizzie, who once admitted that she always got what she wanted.

That was not the case, however, with Andrew’s second wife, Abby, a plump former spinster who was forced to make do with a small allowance to run the family’s sizeable household.

Though Abby was, by most accounts, a pleasant-enough woman, her existence seemed to upset the Borden girls, both of whom were disdainful of her.

As the girls matured, the atmosphere at the Borden home was often tense, becoming worse in 1887 when Andrew helped his wife’s half-sister financially: Lizzie and her sister, Emma, were reportedly very jealous and, although their father tried to soothe angry feelings and offered monetary gifts to the girls, the situation simmered for months.

But did it get so bad that, five years later, Lizzie Borden took an ax and … ?

At the inquest, most evidence pointed to a resounding “yes.”

District Attorney Hosea Knowlton questioned Lizzie at great length about where she was, what she was doing, and how it was that she saw and heard nothing while her father and stepmother were bludgeoned to death.

During the questioning, she appeared to be either crafty or addled, contradicting herself, doubling-back on answers, and frustrating the district attorney with her befuddlement.

Investigators and observers were sure that Lizzie was a killer.

Her trial would prove otherwise.

For sure, readers of this book’s first pages will be amazed at that outcome from more than a century ago. The evidence, presented at trial and again by author Cara Robertson, still overwhelmingly seems to point to guilt, but The Trial of Lizzie Borden, a day-by-day account of the then-sensational courtroom proceedings, explains what happened.

And that’s a fork in the road for readers.

Generations of true crime fans have devoured the story of Borden’s supposed “hacks,” and they’ll be delighted with this detailed retelling of her life, of the bloody crime, and of the weeks before arrest and trial, all of which take up much of the front half of the book.

As soon as Robertson gets to the trial, however, this account becomes more about proceedings and legalities and less about the crime itself. That isn’t a bad thing at all for deep courtroom-drama fans, but it could overwhelm true-crime devotees.

Ultimately, be aware of what you want out of this book, and proceed accordingly. The Trial of Lizzie Borden is an excellent addition to this gruesome story, but wise readers will reserve their personal judgment.