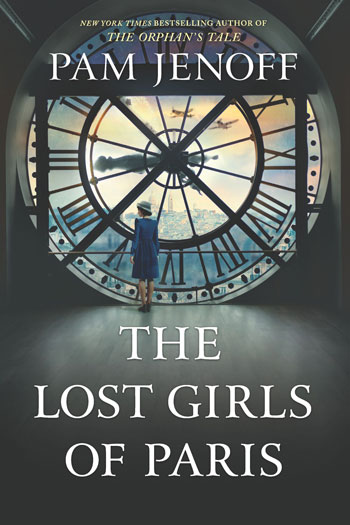 The Bookworm Sez: The Lost Girls of Paris

The frame was beautiful.

The picture inside it was of a stranger.

Who would give away that lovely piece of workmanship with a loved one’s portrait displayed? Who didn’t cherish it enough to keep it?

And in the new novel, The Lost Girls of Paris by Pam Jenoff, who were the women in the picture?

That was unusual, and so was the reason: She’d spent the night in a hotel room with her late husband’s best friend.

Head down, embarrassed at such uncharacteristic behavior, she was surprised to spot a suitcase that had obviously been abandoned beneath a bench in Grand Central Station. She’d opened the suitcase and, in yet another unordinary action, took a handful of pictures that were inside.

It was a morning filled with uniqueness: Grace then barely missed witnessing an accident in which a woman was killed — the same woman, as it happened, to whom the suitcase belonged.

Eleanor was very protective of her girls.

She’d hand-picked each one of them, some for their fluent French and others for their dexterity.

When they signed on with the British Special Operations Executive (SOE), it was she who made sure they were physically fit and highly trained for the jobs they’d do to help with the resistance in German-occupied France. She was the one responsible for bringing them home at the end of World War II.

In the meantime, Eleanor’s girls would do dangerous work. They’d be as prepared as possible for their tasks. She’d personally see to that.

Marie wasn’t entirely sure why she stayed with the SOE.

Eleanor had given her ample opportunity to quit. She knew how much Marie missed her daughter, how much she hated training, and how unconfident Marie was in herself.

And yet, despite Eleanor’s offers and the danger involved, Marie couldn’t bring herself to quit. When her deployment within the SOE placed her in a flat above a tavern that was known to entertain Germans, her determination doubled.

It increased again when her very survival was in question …

If you’re looking for something to carry around with you every day this week, check this out: The Lost Girls of Paris is a novel as thrilling as every espionage story you’ve ever read, as soft as every war romance you’ve ever heard, and as brutal as every war movie you’ve ever seen. Yep, that good.

Set at the end of and just after World War II, this novel captures readers’ imaginations from the outset, with the death of one of its main characters.

The intrigue never lets up from there, as author Pam Jenoff takes a heroic true story from the war and novelizes it without prettifying it; indeed, people die in this book — a lot. Further small details make this story, and they’ll sometimes make you forget it’s fiction.

For Jenoff fans, loving this book is a certainty. Anyone who enjoys spy stories will want to uncover it. Readers of all stripes, really, will find The Lost Girls of Paris to be picture-perfect. 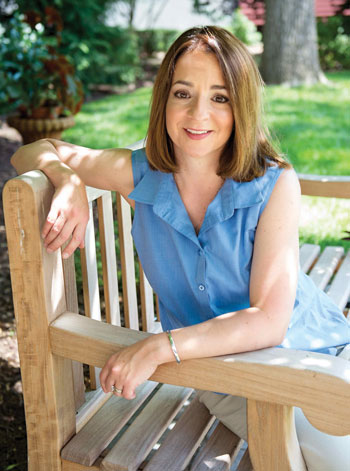