Retired schoolteacher Jim Dixon was raised a Quaker. But unlike most Quakers, who are pacifists, Dixon joined the U.S. Marine Corps and experienced brutal combat in the Vietnam War.

Dixon grew up in the countryside, with the closest city being Wilmington, Delaware.

His parents were members of the Society of Friends, better known as Quakers. But Dixon’s father had fought against Germany in World War II, and his uncle fought in the Korean War.

“I thought it was my turn to fight for the country and stop the communists from taking over Southeast Asia. That’s one of the reasons I joined the military,” says Dixon, who adds that he knew he was fully capable of aiming a gun at another human being and pulling the trigger.

Dixon decided to join the Marine Corps. When he told them he was a Quaker, he had to sign extra papers, and later he had to sign additional papers to be sent to Vietnam.

The marines trained Dixon to be an MP, a military policeman. His unit spent four months in California working with the highway patrol learning how to conduct arrests and use handcuffs.

Dixon, along with the other men in his unit, crossed the Pacific on the Upshur. It was a miserable experience.

But when his unit arrived in Vietnam, they were assigned regular infantry duties and never used any of the police training they received in California.

The infantry took 83.5 percent of the casualties in Vietnam. According to Dixon, World War II infantrymen experienced an average of 40 days of combat. In Vietnam, that number skyrocketed to 240 days.

“I was a grunt. If you were in the infantry, you didn’t have tents. You’d just find a dry puddle and crawl up in there and go to sleep,” he says.

On Christmas Day 1966, a cargo plane crashed near his base. Dixon and his men had to collect the bodies, many of them charred and burned, and then place them in plastic bags in the pouring rain.

Not surprisingly, Dixon describes this as “the worst Christmas I have ever had.”

Dixon also explains how he and his colleagues often had to remove leeches, which were omnipresent in water. The men couldn’t feel these creatures at all, even as they burrowed one of their two heads under the skin. The leeches could enter anywhere on the body but would frequently crawl toward a man’s private parts.

The men would often have to burn them off with a cigarette. Often men would burn leeches off each other.

“But when it comes time to burn them off your genitalia, you’d have to do that yourself,” says Dixon.

And if all this wasn’t bad enough, often their M16 rifles would jam during combat. Dixon recalls an incident where his unit came across five dead Marines, all of whom were in various stages of using a cleaning rod to unjam their rifles.

Near the end of his tour, he was involved in a firefight with North Vietnamese soldiers. “There were basically 240 of us that walked into the valley, and 80 of us walked out.”

Speaking of his unit, Dixon says, “We were together that whole time; I got to know those guys and they knew me, right up until the time they died. Sometimes we had to go and identify their bodies.”

After returning stateside, Dixon served as a guard at the Pentagon until his tour of duty ended. He later attended Millersville University and married a woman named Patricia.

“When I came back, I never told anybody I had been to Vietnam. When I went to Millersville, every student and professor was antiwar. They all hated the war.

“So I just kept it a secret. I took all my memories, put them in a box, and carried them around in my brain inside my head, and I locked them in a closet and forgot about them. My wife didn’t know a lot of the things that went on.”

Dixon taught junior high school history classes for 28 years. He and Patricia have two sons, one of whom drove a Bradley tank during Operation Desert Storm.

“To this day, I still don’t like fireworks on the Fourth of July,” says Dixon. “I don’t like the sounds of helicopters. The last time I was on a helicopter, they shot the pilot. That’s one reason I don’t fly helicopters.”

At his wife’s suggestion, he wrote a book about his experiences, Things I’ll Never Forget: Memories of a Marine in Vietnam. It took him 47 years to summon the energy to write this memoir, but Dixon says the writing process was therapeutic. The book is available from Amazon and some of the proceeds go to veterans. 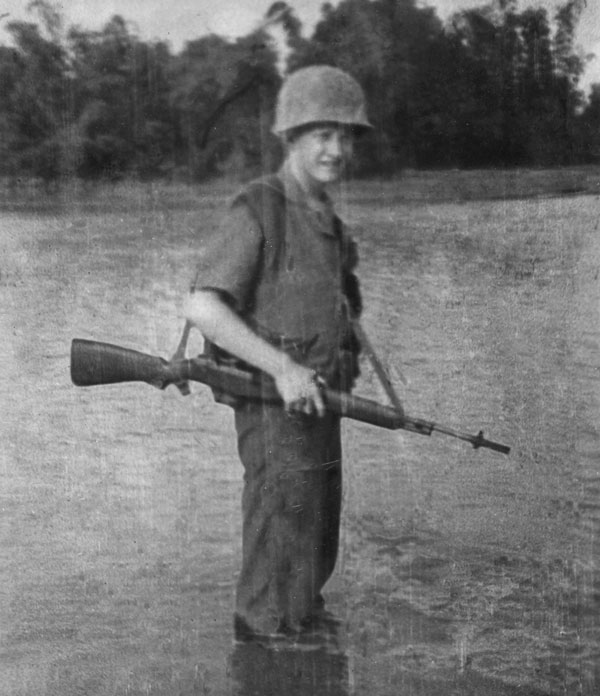 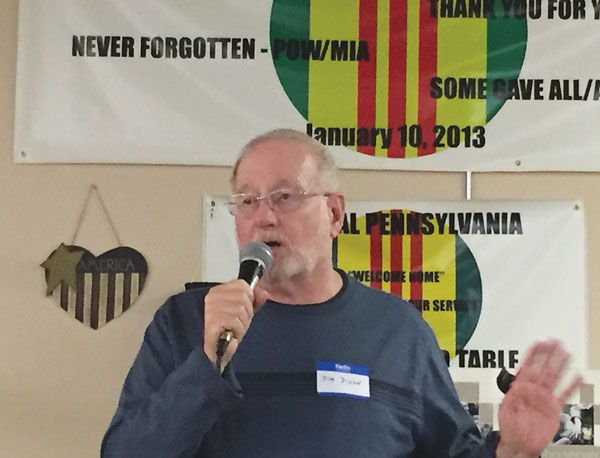