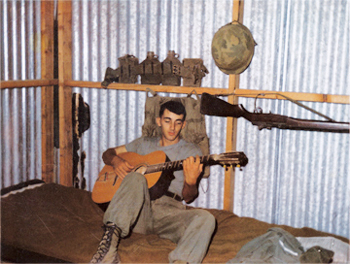 Billy Terrell never had it easy. After growing up in poverty, he experienced some of the worst horrors of the Vietnam War, which left an indelible mark deep in his soul. Somehow, he found the inner strength to overcome one hardship after another to carve out a successful career in the music and entertainment industries.

Terrell was born on Nov. 14, 1944, in Newark, New Jersey. But when Terrell was 8, his father went broke when his construction company failed, forcing the family to move to Jersey Shore. That would be a recurring theme in a childhood mired in neglect, dysfunction, and dislocation.

When he was 14, his four front teeth rotted and had to be extracted because he and his two brothers and two sisters never had toothbrushes.

The family finances grew so desperate that Terrell dropped out of high school early in his sophomore year to take whatever work he could find to feed his parents and siblings. He never graduated.

But this hardscrabble childhood had its upside. It gave Terrell a deep determination to rise above his upbringing and succeed in life.

Terrell realized in his early teens that he had a talent for music. He taught himself how to play guitar and he later worked as an emcee, singing and telling jokes at nightclubs on the Asbury Park boardwalk.

One night in May 1963, a TV host named Clay Cole heard Terrell doing his routine and immediately recognized his potential. He invited Terrell to New York City, where on July 16 Terrell signed his first management contract.

Terrell started writing songs. In 1965 the record company Kama Sutra Productions signed him as a writer and artist for $50 a week. They assigned him to write songs for the Duprees, a New Jersey-based male doo-wop vocal group.

As Terrell was gaining a foothold in the music industry, the war in Vietnam was heating up.

But, as Terrell says, “I really didn’t think much about it until just before I got my draft notice. My father was paying more attention than I was.”

Kama Sutra managers tried to convince Terrell to find a way to beat the draft. They even held a séance with a beatnik priest banging on a gong. Terrell thanked them but stated that his grandfather had come from Italy in 1902 and worked hard and learned English, and that there was no way he would try to get out of serving his country.

Terrell was drafted into the Army in 1965 and was sent to Fort Dix in New Jersey for eight weeks of basic training and then another eight weeks of advanced infantry training.

For Terrell, his time at Fort Dix was actually “a very good experience.” He got to eat three meals a day, sleep in a warm bed, get good exercise, and enjoy the camaraderie of fellow trainees.

“We were like a family, all in the same boat,” he says.

Terrell managed to stay out of trouble, but adds, “It was frustrating to watch the drill instructors really pound on other guys.”

After coming home for a Christmas break, the Army sent Terrell to Fort Lee in Virginia for a four-week quartermasters course. He then received further training in logistics and combat at Fort Riley in Kansas.

In May 1966 his battalion traveled to Oakland, California, and then to Tacoma, Washington, where he boarded a ship for Vietnam. He arrived at Cam Ranh Bay in late May.

Terrell was next sent to Phan Rang, on the coast north of Saigon.

“That became the real Vietnam,” he recalls.

His unit created a small base camp in the heavy jungle amidst mosquitoes and scorpions. Terrell worked mainly as a mail clerk but sometimes performed perimeter guard duty at night, a dangerous assignment.

After several weeks in Phan Rang, Terrell’s unit, the 226th Supply and Service Company, was shipped north to set up a permanent base camp at Tuy Hòa (pronounced TOO-ee wah).

There, he learned that one of his hangout shacks at Phan Rang had been hit by enemy fire, killing everyone inside.

“If we didn’t get orders for Tuy Hòa, we’d have perished,” says Terrell.

Terrell served as a mail clerk at Tuy Hòa, but he was in constant danger. He continued to guard the perimeter at night. He sometimes rode shotgun on convoys. He also flew on Huey helicopter supply missions.

After a Huey flight to Duc Pho, Terrell joined a convoy that was hit very hard by enemy fire, with heavy casualties. Terrell stayed low to the ground, realizing he couldn’t even lift his head without risking being shot.

“That was the most horrible time of the whole war for me,” he recalls.

Although war often brings out the worst in people, it brought out the best in Billy Terrell and the men in his unit. They took in 110 children and several Catholic nuns after their nearby orphanage had been attacked by the enemy.

The men collected money to buy a plot of land and then built a sanctuary and orphanage for the children. The local city council even chipped in with another big plot of land so the orphanage could continue to grow.

Terrell spent time in hospitals due to various tropical diseases. The nurses often brought in children who had been severely burned by napalm to sit on Terrell’s lap, an experience he describes as “heartbreaking.”

Like many Vietnam veterans, these experiences were seared into Terrell’s soul, leaving deep psychological scars that linger to the present day. As Terrell is quick to point out, post-traumatic stress disorder, better known as PTSD, is not all about combat.

“Most of my PTSD came from the hospital, the screams and the medevac choppers coming in day and night with people chopped up, and civilian babies, and people who had been napalmed. Those are lifelong images burned into your head. It doesn’t take much to trigger a very, very sad memory,” he says.

Terrell describes a great deal of racial tension in the logistics companies, but he managed to get along with everyone, partially because he was “a character” and partly because he often played his guitar.

Terrell describes his return to the U.S. in late May 1967 as “bittersweet.” There was a sense of guilt knowing he wouldn’t be in Vietnam in case he was needed. Terrell explains that like many veterans, he returned individually, not with his unit to parades.

“We came back in the midst of a very, very unpopular situation. That really played heavy on our heads on top of being affected by war experiences or witnessing the awful results of war,” he says.

Terrell had difficulties readjusting to civilian life. His father suffered a heart attack that left him permanently disabled and for which Terrell blamed himself. Moreover, the nation’s taste in music had shifted dramatically in the time he was away.

“I was two years behind the music; I turned the radio on and it was like being on another planet.”

And people who had been friends would walk away from him.

“I couldn’t process it,” he says. “I needed to bring money in but didn’t know what I was going to do.”

Feeling like a criminal let out of jail rather than someone who had served his country, Terrell turned to the bottle for nearly a year. One morning in June 1968, after a bout of heavy drinking, he looked in the mirror and couldn’t even recognize himself.

That moment was an epiphany.

“A bell went off and I said to myself, ‘My God, your mother got her son back and he walked in on his own two legs. You owe it to all of those boys whose mothers weren’t as fortunate,’” says Terrell in a voice choked with emotion.

He stopped drinking and resolved to get back on his feet. He taught himself to play piano and started writing R&B songs with his friend Ray Dahrouge. Within a few months, he was in a New York studio listening to vocalist Debbie Taylor record his song “Never Gonna Let Him Know.” The song would reach the Top 5 on the R&B charts.

That hit led to a highly successful career as an R&B songwriter and producer. Terrell later went on tour with Jimi Hendrix, The Doors, Cream, and Janis Joplin. He helped revive Frankie Avalon’s career and worked with Helen Reddy. His musical styles run the gamut from rock to R&B to jazz to pop. He also enjoyed considerable success on the comedy circuit for 33 years.

Exposure to the toxic defoliant Agent Orange took a toll later in life when he developed multiple forms of cancer. He later joined a support group with other veterans, which helped him cope with his physical and psychological ailments.

In November 2013 Terrell made an emotional return to Vietnam, where he was treated as a hero for his service to the locals. He reunited with some of the orphans he knew as children and the nuns who were still alive. He describes his trip as “a marvelous experience.”

When he returned to the States, both West Point and the Library of Congress contacted him to do interviews for their oral history projects. Then Rutgers University’s Living History Society conducted a six-hour interview that Rich Podolsky, an authority on ’60s and ’70s music, helped turn into Terrell’s autobiography, The Other Side of Rock and War.

Terrell currently lives with his wife in Delran, New Jersey, near Philadelphia. He is semi-retired. He doesn’t perform comedy anymore but still works with his back catalog in music and screenwriting.

Terrell tries not to reflect too much on the war. But he sees it as part of his mission to bring out the vast humanitarian side of the war.

“The media back then only focused on the horrible side,” he says. “Many of us went way beyond the call to help orphans and displaced civilians, and many times we risked our lives for the children. It’s never been reported.

“People are starting to embrace the fact that we weren’t baby killers. Overall, we were honorable, and we were humanitarians.”

To listen to some of Billy Terrell’s songs, visit www.spiritmusicgroup.com/Clients/Library/Billy-Terrell.

You can listen to the West Point interview with Terrell at https://westpointcoh.org/interviews/a-dream-interrupted-a-vietnam-veteran-succeeds-in-show-business.

Robert Naeye is a freelance writer based in Derry Township. His website is www.robertnaeye.com. 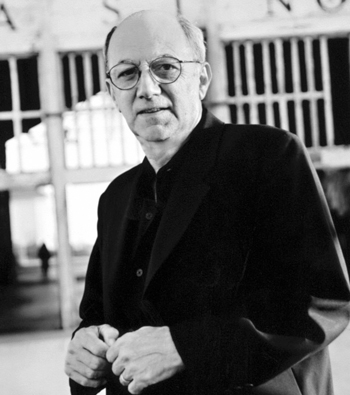 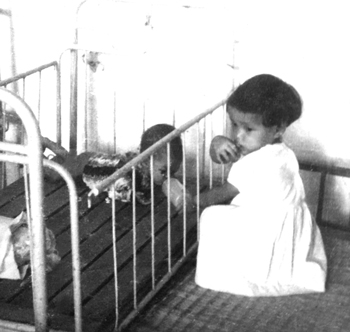 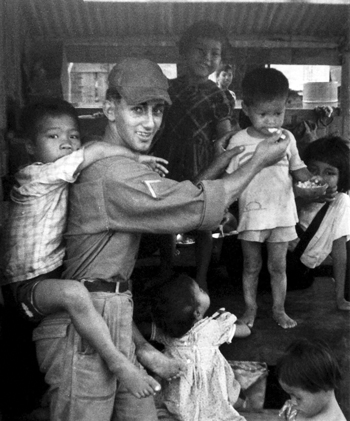