Soldier Stories: Severely Wounded in Vietnam, He Spent a Year in an Upper Body Cast

Central Pennsylvania native Joe Novak survived grievous wounds as a Marine reconnaissance sergeant in Vietnam. Now he is a collector of knickknacks, from an autographed photo of an archbishop to a motorcycle once owned by rock ’n’ roll legend Jimi Hendrix.

Novak was born in Harrisburg in 1951 and grew up in nearby Highspire. But when he was only 2 months old, his father was killed in action in the Korean War.

“Football was the best thing going for me,” he recalls.

He was such a good offensive lineman that he played varsity for his high school even when he was in eighth grade.

In high school, Novak found himself getting into trouble. He realized the best option for him was to go into the Marine Corps. But he did not tell his mother, fearing her disapproval.

Just before his 17th birthday, he boarded a train for Washington, D.C. But his mother expected him home for dinner. In reality, he was heading to Parris Island in South Carolina for Marine boot camp.

His mother tried to get him to come home, but Novak was determined to become a Marine. His stepfather was proud that he was going into the corps, but Novak recalls, “He didn’t think I’d make it.”

But Novak passed every test, often with flying colors. He recalls surviving brutal training conditions, with swamps, snakes, and alligators all around.

He had run-ins with his drill instructor that were so bad that he refused to shake his hand when he graduated. But when he later ran into him in Vietnam, Novak told him, “If it wasn’t for you, I wouldn’t still be here.”

Novak is proud that he was promoted from private to corporal to sergeant in less than a year, which was rare.

But Novak did not go to Vietnam right away. He received further demolition training in Virginia and North Carolina. Novak even learned how to assemble and disassemble atomic bombs.

Because Novak’s father had been killed in action in Korea, he didn’t have to go into combat. But Novak begged to go to ’Nam, asking, “Why waste my capabilities?”

Novak spent six days of intensive jungle-combat training on Okinawa, where, he says, “snakes fall on you.”

The Marines sent Novak first to Da Nang, then Chu Lai, and then back to Da Nang, where he sat around doing not much of anything for a month.

“The colonel didn’t know what the heck to do with me,” Novak remembers.

Finally, he was sent to the A Shau Valley, near the borders of Laos and Cambodia. Americans in this intense combat zone had a life expectancy of 30 days.

Novak jury-rigged mines by filling root beer cans with napalm, jet fuel, glass fragments — anything that could be fashioned into weapons. He attached electronic detonators and then set them up around the perimeter of American bases. Enemy soldiers would ignite the makeshift bombs whenever they tried to infiltrate at night.

After a battle on Landing Zone Ross that night, the Americans counted 139 North Vietnamese bodies (and three POWs) at the cost of 14 Marines and 58 wounded.

Novak also created small mines and put the sensors in elephant and tiger poop in and around the Ho Chi Minh Trail. Enemy soldiers would trigger the sensors, sending radio signals back to gunners, who would know exactly where the targets were located. They would fire on the trail all night long.

“You would not believe the number of bodies we’d find there; they were food for tigers,” he says.

In April 1970, Novak used C4 and Semtex explosives to blow up a North Vietnamese Army bunker inside caves. Right before detonation, a colonel flew in on a chopper and ordered Novak to wait until he could pluck souvenirs from the cave.

Novak refused the order, telling the colonel that “he came an hour too late.”

When the charge was set off, the entire mountain rose up, and the colonel and his helicopter were literally pushed back by the concussion.

“I thought, ‘If only the officers listened to the sergeants more, I might survive this war,’” Novak recalls.

After catching malaria in the jungle, Novak was placed in a basket and was being pulled into a medevac chopper. But before he got into the helicopter, the chopper got hit by enemy ground fire.

Novak was sprayed with shrapnel, getting hit in the back, neck, and legs. The helicopter flew away while Novak was still in the basket, swinging back and forth.

He spent 28 days recovering aboard the USS Sanctuary. Because his mission had been top secret, he couldn’t tell anyone where he had been wounded.

But three months later, Novak suffered severe wounds that ended his tour in Vietnam. This time, a rocket landed just 20 yards away. He suffered a broken collarbone, two broken bones in his neck, and the right side of his body was ripped open.

He spent 12 days undergoing surgery aboard the Sanctuary before he was flown to Da Nang and back to the U.S.

Tragically, his mother received a letter from the Red Cross telling her that her son had been killed in action. But a friend in a neighboring town informed her that Novak was alive and staying in Walter Reed Hospital in Washington, D.C. He spent a full year in an upper body cast, and one of his legs was wrapped.

Novak was not released until 1973, when he was still in a body cast, and returned to his hometown. When he walked the streets, people would run away.

“They thought they were seeing a ghost — they thought I was dead!” says Novak.

Like many Vietnam veterans, Novak had his ups and downs after returning stateside. He had successful careers as an auto mechanic and then as a property manager for a realtor, and he developed strong interests in fishing and auto racing.

But his first two marriages ended in divorces. He takes full responsibility for these failures.

Speaking of his first wife, he says, “I had severe alcohol problems and severe PTSD. She couldn’t take it anymore, and I don’t blame her. I was really bad.”

He spent seven months in detox in 1975 and says he hasn’t touched booze since. He married his wife Terry, a cousin of President Richard Nixon, in 2013, after six years of dating. The couple lives in log house in the mountains, which Novak built himself in the 1980s.

The house is a veritable museum of pieces he bought or collected over many years. The photos, models, and knickknacks come from sports, music, religion, hot rods, and other areas relating to his many personal interests. He owns a 1949 Ford Convertible and a 1985 Corvette.

“It’s quite a museum between my stuff and her stuff,” he says, speaking of Terry.

Novak now devotes much of his time to assisting local veterans by helping them get medical care, benefits, and pensions. He also helped found Feed My Sheep Church and is an active member of Vietnam Veterans Chapter 542 and Marine Riders. 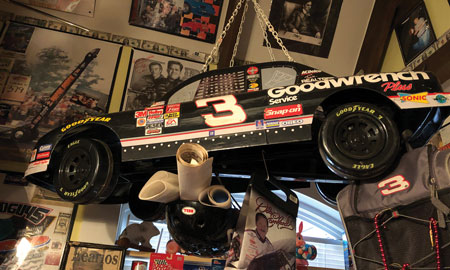 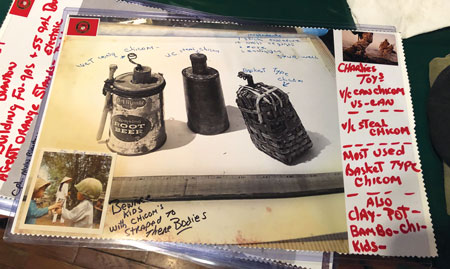 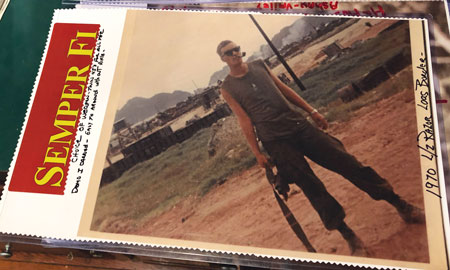