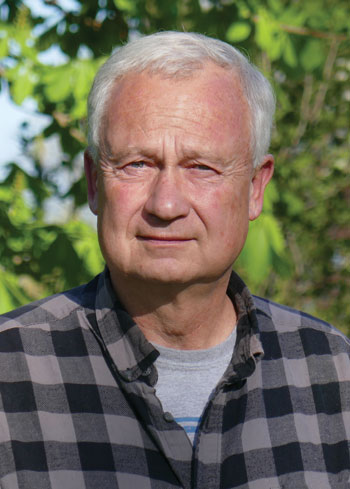 As a CASA volunteer, Doyle’s duties start when he is appointed by the court to investigate and provide recommendations for the best way forward for a child in the dependency system because of abuse or neglect.

Doyle doesn’t supplant the Children and Youth Services caseworker assigned to the case but rather supplies another point of view developed from regular interactions with the child, family, teachers, doctors, and/or therapists.

Doyle enjoys being able to develop a rapport with the children, who are often suspicious, angry, or afraid of adults because of negative experiences or underlying mental health issues. Some kids open up right away, while others take more time.

Doyle previously worked with disadvantaged youth as a volunteer counselor at a day camp, helped with roadside trash cleanup, and is a regular donor at the Central Pennsylvania Blood Bank.

Born in Harvey, Illinois, Doyle went to undergraduate school in Seattle; law school in Morgantown, West Virginia; and, before he moved to Pennsylvania in 1988, he lived in South Dakota. He has been married to his wife, Nora, for nearly 45 years and enjoys reading, traveling, and gardening.

The Cumberland County CASA program trains and supports volunteers to advocate for children who have been abused and/or neglected and are involved in the dependency court system.

RSVP of the Capital Region recruits volunteers for local nonprofits such as CASA and passionately promotes seniors as powerful contributors to our neighborhoods and community organizations. For more information, call (717) 541-9521 or visit www.rsvpcapreg.org.