Like many retirees, when Margaret Sidlick left the workforce in fall 2015, she decided she wanted to volunteer.

A friend recommended she look for a small, local organization, as they would be grateful for whatever assistance she could give to fulfill their needs.

The following spring, Sidlick saw an advertisement asking for volunteer help at Historic Sugartown, a historic 19th-century village in the Malvern area.

Sidlick had already taken a couple of bookbinding workshops there, so she went to the prospective-volunteer open house. She took a tour of village and eagerly signed up as a volunteer educator for grade-school tours.

According to its website, Sugartown “offers a window into American life in an early 19th-century rural crossroads village.”

First known as Shugart’s Town, after tavern keeper Eli Shugart, it became a “vital stop” for the local farming communities as people hauled their goods to markets in Philadelphia and other areas in the region.

The Historic Sugartown campus covers 9 acres with several restored buildings. An 1805 fieldstone Quaker farmhouse was up for demolition, Sidlick said, so it was purchased by Historic Sugartown and restored. It is now referred to as the William Garrett House, for its first owner.

Other buildings at Historic Sugartown include a Pennsylvania bank barn, a circa-1880s general store, a book bindery, and a schoolroom exhibit.

Historic Sugartown also repurposed a local fire company’s auxiliary station on its grounds to become the carriage museum, a partnership with the county’s historical society. Seventeen of the historical society’s carriages, sleighs, and other vehicles are now on display in the building.

Sugartown’s volunteer educators are given a page on each of the buildings to memorize, and then they improvise their tours with what they have learned, Sidlick said. Unlike some historic villages, however, the educator does not dress up in period clothing.

As part of her tours, Sidlick demonstrates some of the hearth fireplace’s cooking tools, and the children participate in various activities, such as butter churning, while learning “what it was like living in the 19th century,” Sidlick said.

“They like butter making. We talk about milking cows, separating milk and cream, the difference between making whipped cream and butter … They are also fascinated by watching the clock jack, a clock mechanism that turns a rotisserie in the walk-in hearth in the Garrett House.”

Sidlick also volunteers at other special occasions at Historic Sugartown. In addition to helping with setup for events such as Shugart Sunday BBQ & Blues and Sugartown at Sundown Lantern Tours, Sidlick has carved pumpkins and assisted with Christmas decorating and crafts during A Sugartown Christmas and Cabin Fever Saturday.

Although she enjoys serving as a tour guide and assisting at the special events, Sidlick found she could put her more than 31 years in the technology field to work by aiding the village in monitoring its environmental system, which helps keep the historic buildings operating at peak efficiency. 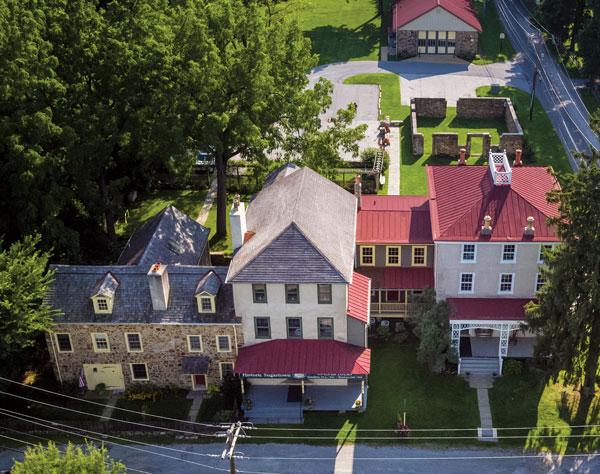 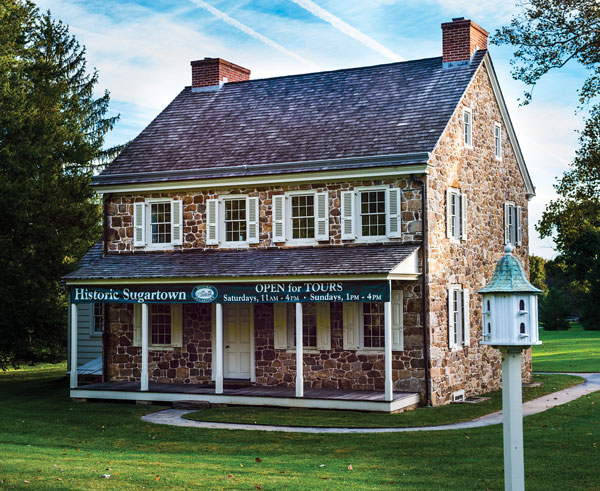 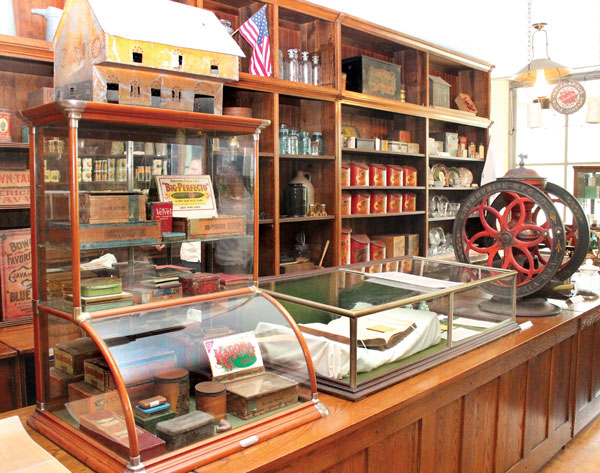 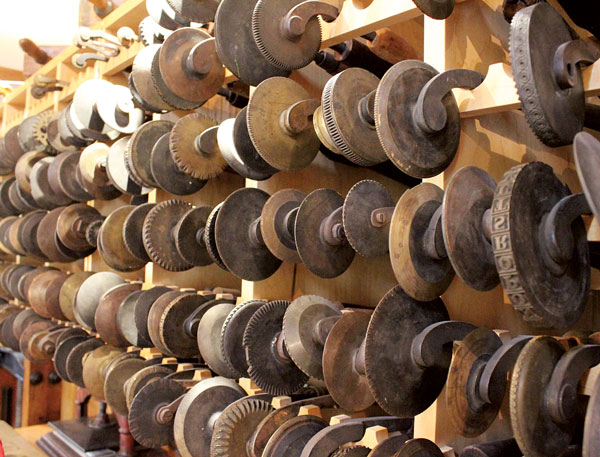 The temperature and relative humidity of each building must be kept at specific levels for the safety of the historic collections, Sidlick said. There are monitoring devices in 12 areas of the village, including the schoolroom, book bindery, and carriage museum.

The monitoring system is manual and is not capable of wireless monitoring, so Sidlick comes into the village to check the monitors. She reads the monitoring devices and then transfers the data to a computer program, which makes any adjustments necessary to the environmental system.

“You look for spikes or drops in temperature,” Sidlick said. “You also look up the weather for that day — whether it was cold or hot.”

This is essential for seasonally sensitive items. For instance, if a heater breaks down during the winter, the monitoring system can determine approximately when it happened and get it fixed prior to the destruction of items that need to be kept at a certain temperature.

Sidlick started monitoring early on in her volunteer work at Sugartown. Originally, the village collected so much data so often that the devices would stop working; Sidlick corrected the problem.

Now, Sidlick goes on site consistently once or twice a month to be sure the batteries have not died and the monitoring system is up and running. Consistent data is key to keeping the collection safe from harm, she said.

“Whether she is teaching students, manning an activity station at an event, helping clean our circa-1835 barn, or working on our environmental monitoring system, Margaret is an essential part of our team. We are thrilled and grateful that she decided to bring her many talents to Historic Sugartown.”

Sidlick has visited other historic villages, such as in Charleston, South Carolina, to see and compare their environmental monitoring systems.

“It’s fun to get out and do new things and get different perspectives,” Sidlick said.

Besides her work at Historic Sugartown, Sidlick now has added volunteer hours for other local organizations to her schedule.

Sidlick recently volunteered for the first time at the Pennsylvania Horticultural Society’s Philadelphia Flower Show as a recorder for the show’s contests.

And to help small organizations near her second home in southern Delaware, Sidlick volunteers for Freeman Stage, an open-air performing arts venue near Fenwick Island, Delaware.

She also offers her time for a few event days at Winterthur Museum, Garden and Library in Winterthur, Delaware, the former home of Henry Francis du Pont, a renowned antiques collector and horticulturist.

“I get to meet new people, learn new things, and hopefully make a contribution while doing this. Also, when I travel now, I can compare and contrast [our] style and history with other areas.”

For more information on Historic Sugartown, visit historicsugartown.org or call (610) 640-2667.