COVER STORY: Eyes on the Sky, Hands on the Ground

Even as a young man, Bob Beggs admits his head was usually in the clouds.

“Most of my classmates in school had Farrah Fawcett posters hanging in their lockers. I had a poster of the Scorpion home-built helicopter kit,” he laughs.

Beggs’s interest in aeronautics led him to a 31-year career at the Boeing Company, where he worked on pioneering advancements in technology that would revolutionize the industry.

Along the way, he co-founded an aeronautics museum and now serves as the executive director of Good Works Inc., a nonprofit organization that renovates homes for low-income families.

Beggs grew up in western Pennsylvania before embarking on a career that would eventually lead him east to the burgeoning aeronautics industry near Philadelphia.

“I wanted to fly helicopters ever since I was a kid and figured I might be able to do that in the Coast Guard,” he says.

He enlisted shortly after high school and spent the first year of his enlistment manning a cutter in the Gulf of Mexico, rescuing stranded and lost boaters and responding to crises in the Gulf.

“Looking back, it was one of the best times of my life,” he says.

Beggs spent three more years in the Coast Guard working as an electronics technician, repairing navigation systems and communications equipment. During this time, he also acquired his private pilot’s license, allowing him to finally achieve his dream of flying.

He credits the military with instilling in him a work ethic and maturity that put him ahead of his classmates at Carnegie Mellon University, where he enrolled after his service ended.

In college, Beggs studied industrial design, with hopes of working in the aeronautics industry, specifically in cockpit design.

He graduated near the top of his class in 1983 and immediately took a position with Boeing near Philadelphia as an engineer working on cutting-edge cockpit technology advancements and the introduction of onboard computer guidance systems. 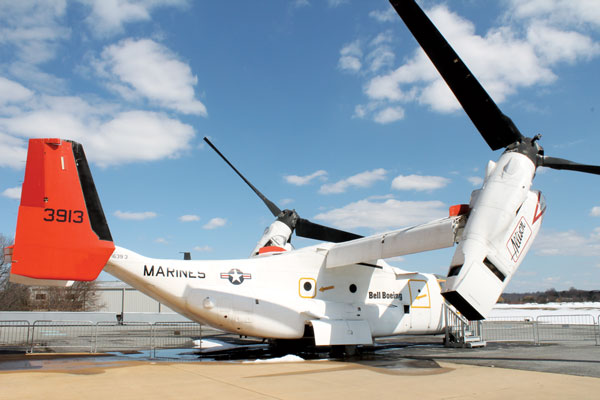 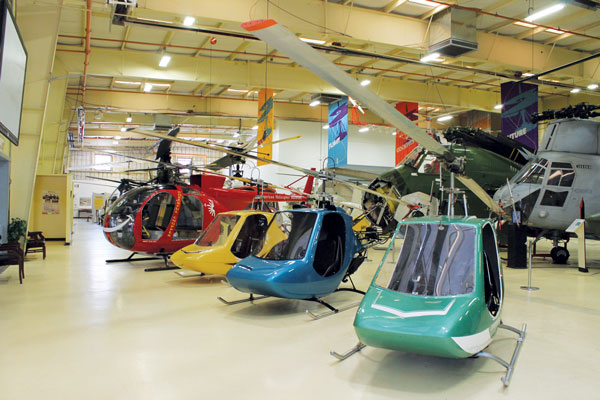 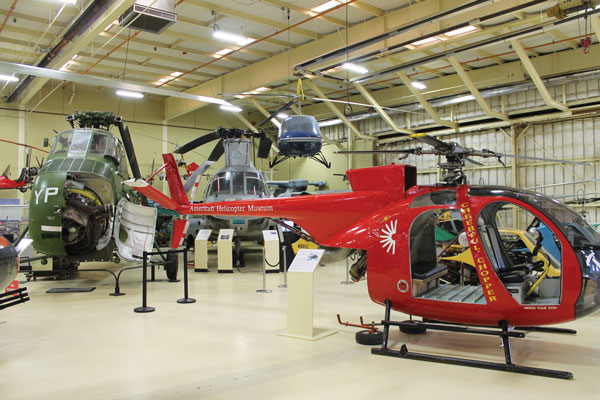 “I was lucky to enter the industry at an exciting time when control systems were transitioning from mechanical to digital. I had the opportunity to work on first-generation experimental aircraft involving synthetic displays and hybrid controls that reallocated certain pilot roles from pilots to computers to maximize safety and effectiveness.”

Beggs contributed to the design of the V22 Osprey tiltrotor, the RAH-66 Comanche, and the CH-47 Chinook helicopters, among others. Some of the vehicle prototypes would never go into production, but the systems and designs Beggs worked on would go on to help revolutionize both military and commercial aeronautics technology.

In ensuing years at the Rotorcraft Division at Boeing, Beggs would work in research and design as a senior program manager, developing systems to support aircraft maintenance and vehicle health management.

“I was at Boeing for nearly a third of the company’s history and worked on exciting, cutting-edge stuff each day,” he says. “It was a wonderful career by any stretch of the imagination.”

In 1993, while employed at Boeing, Beggs, along with other prominent members of the aviation industry, co-founded the American Helicopter Museum & Education Center in West Chester.

“At the time, I was serving as the president of the Philly chapter of the AHS (American Helicopter Society),” he recalls. “The society was celebrating its 50th anniversary, and I wanted to do something of note, something big to celebrate aviation history in this part of the country.”

Beggs and other AHS members discussed possible tributes, including a memorial, a walk of fame, and holding special events, before deciding on a museum and education center that would document accomplishments from the past while providing inspiration for aviators of the future.

With the support of Peter Wright Sr. and many other pioneers of the helicopter industry, as well as vehicle donations from the National Air and Space Museum, the museum opened in 1996.

Visitors to the museum can see a wide variety of helicopters up close, absorb helicopter innovation history, learn about rotary wing aviation mechanics, and attend special events, including helicopter rides.

Beggs has served as a member of the board for eight years as its president. Now, as a member emeritus, he stops by the museum regularly to lead guided tours and volunteer workdays, work special projects, and talk shop with other enthusiasts.

“There is nothing cooler than having a positive impact on someone else,” he says. “My favorite thing about the museum is seeing kids’ eyes light up and knowing that they’re inspired by what they’ve learned here.”

In 2014, after 31 years at Boeing, Beggs decided it was time to embark on a new mission in life. He retired from Boeing to become the executive director of Good Works, Inc., a home repair ministry.

“I learned about Good Works at a missions fair at our church back in 1991 and began spending one Saturday a month renovating homes and helping out people who were in need.”

When the organization’s founding director stepped down, Beggs stepped up and accepted the position, leaving behind a long, successful career at one of the largest aircraft manufacturers in the world.

“I began thinking about what defines you. Is it your career or is it the impact you make on those around you? I felt like the Lord had called upon me to change direction and find the purpose he had planned for my life,” he remembers.

Good Works, Inc. improves living conditions for families living in substandard housing at no cost to homeowners through its volunteer renovation teams.

Since taking leadership of the nonprofit three years ago, Beggs’s engineering background has enabled him to streamline process implementation, introduce information technology into the operation, and measure performance using financial, operational, and faith metrics.

The organization uses more than 1,600 volunteers based out of four warehouses.

“I still get my hands dirty doing renovation work on Saturdays,” he laughs, “but my focus is on staying mission-true to our ministry and renovation work as we pursue replicating the Good Works model nationwide.”

Beggs’s busy schedule doesn’t leave him much free time, but he likes it that way.

“I never had a desire to retire. I like being busy; it keeps me out of trouble. Plus, I never liked golf,” he says. “God has a plan for everyone, and it’s our job to figure out that purpose and that’s the key — that’s where you’re going to be most fulfilled.”

For more information on the American Helicopter Museum, visit www.americanhelicopter.museum or call (610) 436-9600.