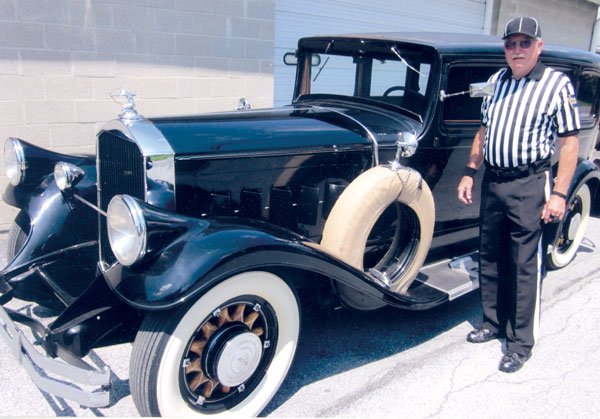 As a young man and devoted car enthusiast, Charles W. Sando Jr. bought his first antique car in 1971—a 1936 Chevrolet.

Over four decades later, he has parlayed that lifelong passion for cars into his role as a volunteer member of the Antique Automobile Club of America, where he works as an auto appraiser.

Born and raised in Central Pennsylvania, Sando’s interest in all things mechanical began when he was a child.

“My main interests as a young person were sports and building and flying gas-engine model airplanes. I was constantly building something or taking an item apart to discover how it worked,” he says.

When he was a teenager, one of Sando’s friends purchased a 1951 Chevy that he helped sand and repaint. As the vehicle needed repairs and maintenance, the teens taught themselves how to fix it.

After graduating from Penn State with an engineering degree, he enrolled in classes to get more hands-on experience working with classic cars. 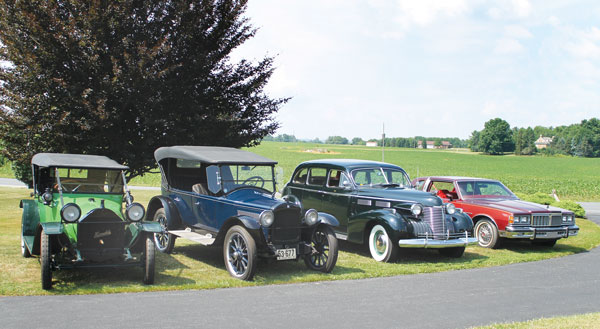 “In 1972 I began attending adult night school at the vo-tech school in the auto body and paint class. We were able to take our own project to work on during class. An antique auto was usually my project,” he says.

Car repair and restoration remained more of a hobby rather than a vocation, however. Sando’s engineering experience led to a job with Xerox Corporation as a field service engineer, where he performed electromechanical troubleshooting on high-speed copy machines for 26 years.

After purchasing his first antique car, Sando joined the AACA in 1972 and upgraded to a lifetime membership two years later.

The AACA is a nonprofit association dedicated to sharing and preserving interest in antique autos and educating the public about American auto history. The association has more than 60,000 active members and 400 local regions and chapters internationally, holding meets and tours for enthusiasts to show off their vehicles and admire others’.

The AACA was formed in 1935, and the Central Pennsylvania region became the organization’s national headquarters in 1954. The AACA’s largest event is the annual Eastern Divisional Fall Meet held in Hershey, a sort of “museum on wheels” that draws more than 250,000 auto enthusiasts to the area.

More than 40 years after his first antique-auto purchase, Sando’s personal collection of antique vehicles has grown, as well as his appreciation for this community of auto enthusiasts.

Aside from getting the chance to work on and drive rare classic cars, Sando’s favorite part about his participation in the club’s events is the interaction and friendships he’s made with people who share his interests.

“I really enjoy working on and driving my antique cars, but with the car hobby and appraising, meeting people from all over the world who share a similar interest in antique autos is especially satisfying. I’ve made a lot of interesting friends over the years,” he says.

Sando began appraising vehicles in the early ’90s, and what began as a favor for a friend led to a job doing something he loved. Knowing Sando’s knowledge base and passion for classic cars, an elderly friend enlisted Sando’s help when needing auto appraising done for estate work.

Afterward, people in the antique auto community began coming to Sando for his appraising knowledge, and since then he has worked for banks, estates, attorneys, and individuals.

There is no “typical” day for an appraiser, but the job entails variety and the occasional welcome surprise of discovering something he hasn’t encountered before. He keeps a list of current projects on his desk, including meetings with owners and investigations into their cars’ histories.

“I take pictures and lots of notes evaluating all aspects of the vehicle’s condition, including the paint and bodywork, the chrome, and the wheels, figuring out the car’s story. Later, I research the vehicle at the AACA library and write the appraisal,” he says.

Sando encourages anyone with an interest in antique vehicles to get involved with the AACA or come to the organization’s events and speak to likeminded people.

“Owning an antique car is not a requirement to belong to AACA, but participating with a vehicle surely enhances the experience,” he says.

In addition to his passion for antique autos, Sando keeps busy in his local community. He has served as a member of his township’s zoning board for more than 30 years; he is currently its chairman.

He is also a PIAA (Pennsylvania Interscholastic Athletic Association) official, and 2016 will mark his 38th year officiating high school football games in his local league.

Sando is a member of the Pierce-Arrow Society, the Hupmobile Club, and the National Woodie Club (wooden-bodied station wagons are one of his favorite types of cars). He also enjoys spending time with his wife of 36 years, Beth, and their two children and four grandchildren.

As he approaches 70 and remains as busy as he is, Sando doesn’t see himself slowing down any time soon.

“Wow, where did the time go? My plans for the future are to keep enjoying all of my activities for as long as I can.”