COVER STORY: More in Common than We Realize

For many young people, old age is impossible to imagine.

Immersed in the challenges of going to school, choosing the right career, finding a supportive circle of friends, and dating potential life partners, what can a young person at the cusp of adulthood possibly have in common with an older adult who has long ago passed these critical milestones of youth?

“We have more in common than we realize,” says Stephanie Cole, special assistant to the secretary of aging at the Pennsylvania Department of Aging.

She is the architect of the department’s Intergenerational University Connections program, which links college students in social work, public health, recreational therapy, and other academic programs to seniors who live alone or have other factors that could make it difficult for them to engage with others.

As part of their required coursework, each student in the class is assigned to an older adult identified by a local area agency on aging. With support and direction from the faculty member, students contact their paired partner weekly for the duration of the semester.

In the course of eight to 10 conversations, most participants build a friendship that helps them overcome ageist stereotypes and attitudes.

“Everybody benefits,” says Cole. “Older adults often feel society doesn’t value the contributions they can still make. The program allows them to share their wisdom and insights based on a lifetime of experience.”

Often the older adult becomes a mentor in a relationship not fraught with the power struggles that can make young adults feel resentful of parental advice. Cole has numerous examples of students who have been profoundly changed by their interaction with a program partner.

One student told Cole that discussions with her older partner “literally made me change how I see my life.” The young woman was deeply touched by advice that resonated personally with her — to have a plan in life, not just to go through the motions.

The older participant felt such a strong connection that he took it on as a personal mission to help the student avoid his own early mistakes, like choosing the wrong companions and dropping out of school, advice valued by his student partner.

“Nothing is off-limits during these discussions,” says Cole. “It’s OK for both students and older adults to be vulnerable.” 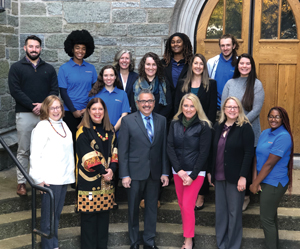 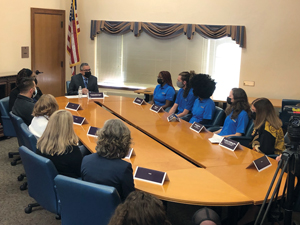 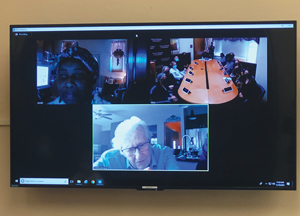 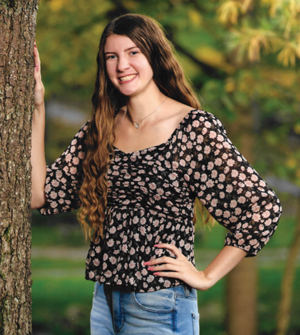 Kathleen Wildauer, a resident of Camp Hill, participated in the program when a professor from the program reached out to her. Her partner was a quiet, somewhat shy college senior, very different from his outgoing female partner in her mid-70s.

Initially nervous about participating in the program, Wildauer found she had an “instant connection.”

“We talked about rescue dogs, his classes, helping neighbors, sports, his internship, and some personal things,” she says.

“The more we talked and listened, the more comfortable we became, and ultimately, there were very few lulls in our conversations. I believe age doesn’t have to be a factor in whether or not you get along.”

Getting Comfortable with Older Adults

Brooke Morales, a social work major at Widener University, felt disconnected and uncomfortable with older adults before participating in the program through her “Intro to Social Work and Social Welfare” class.

She quickly found she and her partner shared a Puerto Rican connection. Her father is Puerto Rican, as was her older partner’s husband. That was just the beginning.

“(My partner) was so willing to talk about her personal life, and she was excited to hear about mine,” says Morales. “We found we had a lot of things in common. I didn’t think that would happen.”

Morales explains that both she and her partner benefitted from the program.

“My partner had lost connection with her family. With my weekly call, she had something to look forward to, especially during the pandemic.”

“Before, I was timid and hesitant about a social-work career in this field. Now I know I’d be good at working with older adults.”

For Stephanie Cole, this willingness to consider a career serving aging adults is right in line with one of the essential goals of the intergenerational program: making young students comfortable interacting with older adults.

“Professors tell me they’ve never had so many students consider working with older adults until this program,” she says.

Cole and her colleagues at the Department of Aging understand that introducing young students to careers that serve seniors is critical in an aging population.

With such an expanding older population, it is even more critical that younger people feel comfortable interacting with older adults.

Research shows many older people experience loneliness and depression because they live alone (about 27% in the U.S., according to a 2020 Pew Research study), lack close family ties, or are too impoverished or physically disabled to actively participate in community activities.

The Intergenerational University Connections Program is becoming a crucial part of the Pennsylvania Department of Aging’s response to addressing the psychological, social, and physical needs of adults as they age.

The program has grown exponentially since Stephanie Cole first pitched the idea to Secretary of Aging Robert Torres in March 2020.

Fueled by a pandemic that has intensified the isolation of senior adults and limited student access to in-person interactions, the Department of Aging was able to set up a pilot program by fall 2020 at Slippery Rock University’s School of Public Health.

Both students and their older partners were consistently enthusiastic about the program. Students reported feeling more “comfortable” interacting with older adults and were more likely to consider careers serving this population.

According to Cole, in some cases, students conducted practice assessments with their partners, some of which measured feelings of connectedness with others.

“These and other anecdotal information reveal many older participants felt a greater sense of purpose in their lives. Society isn’t providing this,” she says.

In fall 2021, 250 students from four universities served 250 adults around the commonwealth.

Initially, students were limited to phone calls, but in the fall 2021 semester, students were able to engage visually with their partners using free iPads borrowed through Pennsylvania’s Assistive Technology Act Program (techowlpa.org). This program allows older individuals and individuals living with disabilities to borrow equipment for up to nine weeks, with connectivity, if needed.

Ultimately, program coordinators believe the aging population of Pennsylvania will benefit from more enthusiastic social workers and health professionals who choose to work with older adults.

And for both young and old alike, taking time to have an in-depth conversation with people at a different stage of life manifests a universal truth: We have more in common than we realize.