During the first few weeks of the coronavirus pandemic this spring, avid quilter Kelly Meanix was feeling creatively unmoored, unable to harness her imaginative impulses into one focused pursuit.

Meanix, of Downingtown, had sewn some protective face masks for friends and family, but by late March, the stress and disruption of quarantine life was starting to siphon the water from her artistic well.

“I find myself walking around my house and not being able to focus,” Meanix wrote on her blog, Pinkadot Quilts (http://pinkadotquilts.blogspot.com).

“I have done some sewing, but not a lot. I decided that was going to change today.”

Meanix hunkered down and resurrected her hundreds-high pile of “orphan blocks” — unused fabric squares made as design tests, left over from unfinished quilts, or extras from times she made too many or didn’t like the color scheme.

Before long, Meanix had stitched to life “Pandemic 2020,” a mainly green, white, and blue quilt centered on a large applique bird.

“I was loath to see (the bird) languish in a box, so it became the centerpiece of the quilt. Once it was up on my design wall, I just started adding blocks around it until I found something that felt like it was working,” she said. “It took me about a day to make this into a design I liked.”

Meanix, a self-taught quilter who is retired from real estate, took up quilting more than 40 years ago during a time of similar forced idleness: her first pregnancy.

“This was in 1976, and quilting was in a revival period. I started with the very traditional and antique-looking quilts and am now considered more of an eclectic quilter,” Meanix said. “I like bright, clear colors, simple patterns that let the fabric do the work and shine.”

Meanix and her husband went on to have three more children, which limited her quilting time but not her creative impulses, which Meanix said she continued to channel in other ways.

“Once (our children) went off to college and got married, I was back into quilting full force,” she said. “I started teaching and taking more classes to learn all the interesting and creative ways to quilt. The learning never stops!”

Meanix is a 30-year member and past president of the Calico Cutters Quilt Guild of West Chester, which creates quilts for children, domestic violence victims, veterans, NICU babies, and others in addition to hosting monthly programs and seasonal retreats for quilters of all ages and skill levels.

She now serves as the recording secretary for its board.

“The guild is a wonderful place, and everyone is very happy to share their knowledge or help you out with any project … It is a very vibrant and exciting guild that brings in many high-profile speakers and workshops,” Meanix said. “I have made lifelong friends participating in the guild.”

Meanix belongs to two other quilting guilds as well, which “all have a different flavor and fulfill different interests,” she said.

Most industries have witnessed considerable change and modernization over the past four decades, and quilting is no exception.

Meanix has “embraced the innovations,” including the rotary cutter, a handheld cutting tool that “has totally changed the entire process and made it easy enough for anyone to make patchwork,” Meanix said.

“There is no cutting out small patches with scissors or templates. As a result, most quilt tops are much more precise and accurate, making a better and long-lasting product.”

Another popular development Meanix has embraced is the use of the longarm sewing machine, the use of which has given rise to its own commercial industry: professional longarm quilting businesses.

At 10-14 feet long, the longarm machine significantly speeds up the process of sewing the batting and backing of a quilt to the quilt top versus traditional hand stitching or at-home sewing-machine quilting.

“The machine-quilting process requires skill and an artistic touch. There are judging categories on machine quilting alone. It has allowed quilters to make many quilts a year instead of one or two,” Meanix said.

Meanix finds inspiration in fabric itself; she will begin her quilt-making process by searching her stash of hundreds of fabrics to find combinations that appeal to her. She then drafts a pattern or selects one from a book or magazine, followed by the creation of a “test block” to see how feasible the construction will be.

“After my top is complete, it may take me a few months or more to quilt, as I need to let it ‘cook’ to know how I want it quilted,” she said.

Although quilts can certainly be constructed following an established pattern, Meanix enjoys mining her own muse to develop quilt designs that pulse with vibrant color and touches of personalized whimsy.

“I enjoy making something with my hands and using my creativity to come up with an interesting quilt. It is very calming and exciting at the same time,” Meanix said.

“Two people can make the same quilt and come up with completely different products. I especially like working without a pattern and not knowing what I will make or how it will turn out until the end.”

That’s right — sometimes, she foregoes the plan or pattern altogether.

“Improv quilting is cutting and sewing with no real idea in mind on how it will turn out. These tend to be more ‘artsy’ quilts,” she said. “I still have a soft place in my heart for the antique patterns and have made many quilts in more modern fabrics.”

“Modern” and “quilting” are two words that may seem like strange neighbors, but Meanix said the modern quilting movement appeals to both quilters her age and to millennials.

“The younger generation is taking the whole idea of quilting and turning it into their own,” she said. “While most of us know everything old is new again, it is exciting to see them embrace the craft and push those boundaries and rules. They have also designed beautiful fabrics, which are abundant!”

“People think we are old, wrinkled grannies sitting around with knitting needles. Very far from it!” Meanix said. “Quilting is a $3.7 billion industry. We all are excited that the younger generation has also found quilting as a way to create and run businesses from their homes while they raise their children.”

Meanix’s hands have created hundreds of quilts over her lifetime, many of which she has given away as gifts or to charitable causes. She also keeps close to a hundred in her home to use for lectures and workshops.

She recently completed a quilt comprising Depression-era quilt blocks she found at a flea market. Puckered, pleated, and poorly sewn, there was not a flat or straight block of fabric in the bunch.

“I instantly felt a connection with the woman (I assumed) who made them,” Meanix said. “She used what she had and did her best.”

Meanix became determined to complete the woman’s unfinished handiwork, honoring those past efforts while also bringing a 21st-century touch to the end result.

“I thought a lot about her as I sewed them and wondered what her life was like, how she decided on the blocks, why she picked out the colors and patterns,” Meanix said. “I quilted it with straight lines, which is very modern. I like the nod to the old and the new.

“It is now her quilt and my quilt.” 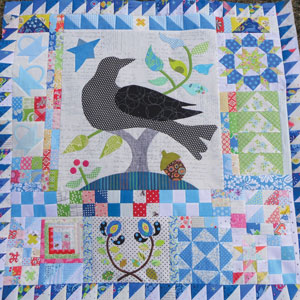 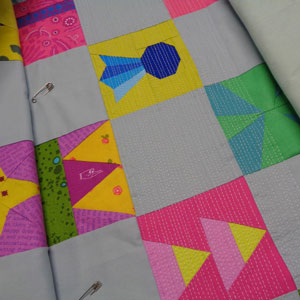 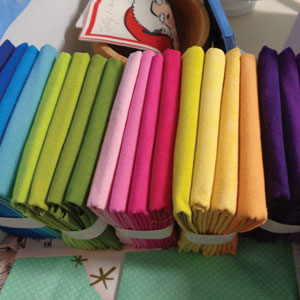 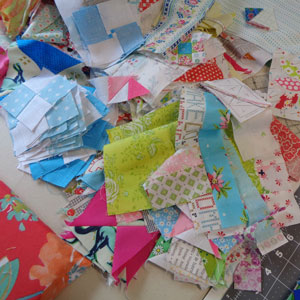 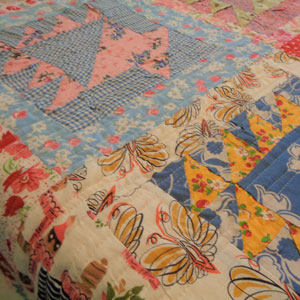