Fleeing the communist forces who were taking over his country, Le was flying his jam-packed helicopter in thick clouds over the South China Sea, looking for the U.S. Navy’s 7th Fleet.

Then the 20-minute fuel light came on. Unless Le could find a ship soon, he would be forced to ditch his chopper in the ocean, with dim prospects for rescue.

And that was not even his closest brush with death. That would come 26 years later, when he literally died at Lancaster General Hospital.

“I’m not afraid of being killed; I should have been dead already,” says Le, of Manheim Township.

Le was born in 1951, when Vietnam was fighting for independence from French colonial rule. Le’s father was captured by the French that same year. After his release in 1954, he allied himself with revolutionary leader Ho Chi Minh and remained in North Vietnam. Le never met his father, who died in 1984.

Le grew up with his mother and half-brother in the hamlet of Ben Tre, in the far southern part of Vietnam. The first few years of childhood were peaceful. But at age 8, Le and his relatives had to flee across the Mekong River by boat to escape Viet Cong guerillas.

“We ran around — we kept avoiding the VC. I was too young to understand, but the eldest people knew the danger of living with the VC, so I just tagged along,” recalls Le.

Le joined the South Vietnamese army at age 18, in 1969. He started off in the infantry but later passed English-language and physical tests to join the air force as a helicopter pilot, despite being told that “helicopters fall like autumn leaves.”

As Le explained, “You’re going to die sooner or later, but you don’t want to die a coward.”

After training at two U.S. Air Force bases in Texas and then an Army air field in Georgia, he returned to Vietnam in February 1972.

For the next several years he flew hundreds of combat missions on Huey helicopter gunships, with a co-pilot and two gunners. Most of his missions involved infantry support or medical evacuation.

Le would need all of his training. His Huey chopper was shot down by enemy ground fire on Jan. 27, 1973, the day the Paris Peace Accords were signed to end direct American involvement in the war. Le says his crew was observing a ceasefire.

“They were shooting at us, but we were not allowed to shoot back,” he says. “That’s how I got shot down.”

And that was just the first of four times his helicopter was shot down. Each time he was able to land safely by using a maneuver learned in training called autorotation, in which the rotors turn without engine power, somewhat analogous to gliding.

Le was flying a mission on April 30, 1975, when his country’s president went on the radio and ordered all South Vietnamese forces to surrender to the communists. But for Le, surrender was not an option.

“I would have been put in a concentration camp, or I might have been killed,” he explains. “Either way was terrible.”

Instead, he took off with his crew from his base at Sóc Trăng for the island of Côn Son, 50 miles off the coast. The island was a scene of chaos, packed with refugees desperate to escape the communists. He refueled and picked up 23 passengers, joining his three crewmates. With all the added weight, his chopper was barely able to take off.

He knew the U.S. 7th Fleet was in international waters, but he didn’t know where. He flew east-northeast at 1,000 feet for nearly two hours through thick clouds and rain, burning precious fuel every second.

And then his 20-minute fuel light came on. Suddenly, the rain stopped and the chopper emerged into sunlight. The U.S. fleet had picked up his Huey on radar. A radio officer on the USS Midway guided Le to a safe landing — the first time he had ever touched down on an aircraft carrier. He had about 15 minutes of fuel to spare.

“I owe my life to the U.S. Navy and to God,” says Le. “I think my whole life is in God’s hand; he carries me everywhere.”

Le was flown to the Philippines and then Guam for processing. He spent nearly a year working odd jobs at Fort Chaffee Army Base in Arkansas.

He settled permanently in the Lancaster area in 1976 and became a professional photographer and an electronic technician for Armstrong World Industries. He earned his U.S. citizenship in 1982.

In 1985 he resumed his career as a military helicopter pilot, this time in the Pennsylvania Army National Guard. He feels deep patriotism and gratitude toward America for the opportunity it gave him to build a good life.

Le returned to Vietnam in 1998 with his wife. He enjoyed an emotional reunion with his mother, the first time he had seen her in 23 years. But he was diagnosed with hepatitis after his return to the States.

He believes he contracted this potentially deadly liver disease during this trip.

Le’s health was rapidly deteriorating at Lancaster General Hospital in late December 2001. On Dec. 27, he was legally dead for nearly a minute after a piece of chopped meat lodged in his windpipe.

But doctors revived him, and he came back to life. But thoughts were racing through Le’s mind during those fleeting moments:

“I went through a tunnel to a bright area. I saw my history, my life, in front of me like a screen. It was fast forward; it only stopped at the important points of my life. It was amazing.”

Le received a liver transplant a few weeks later. Soon after, he called his mother in Vietnam to let her know he was still alive. But she thought someone was pretending to be her son because nobody in Vietnam could have survived his illness.

To confirm he was still alive, Le visited Vietnam with his wife for the second and final time in 2003. His mother died the following year.

Le has been in better health ever since. He retired from Armstrong and the U.S. military in 2006, with a rank of chief warrant officer 3.

Le says Vietnam today “is at the bottom.” He thinks South Vietnam would have prospered like South Korea and Singapore had his nation and its American allies prevailed. He says North Vietnamese and Viet Cong communists constantly lied and broke negotiated agreements.

To Le, American involvement in Vietnam was a noble endeavor to save his country from communist poverty and oppression. And with most of his family long gone, he has no reason to return to his native land.

“You have to watch who you talk to and where you go,” he says of Vietnam. “There are always eyes on you. I watch myself like a hawk.”

To learn more about the experiences of Chieu Le and other veterans, visit https://vietnam.witf.org/stories. 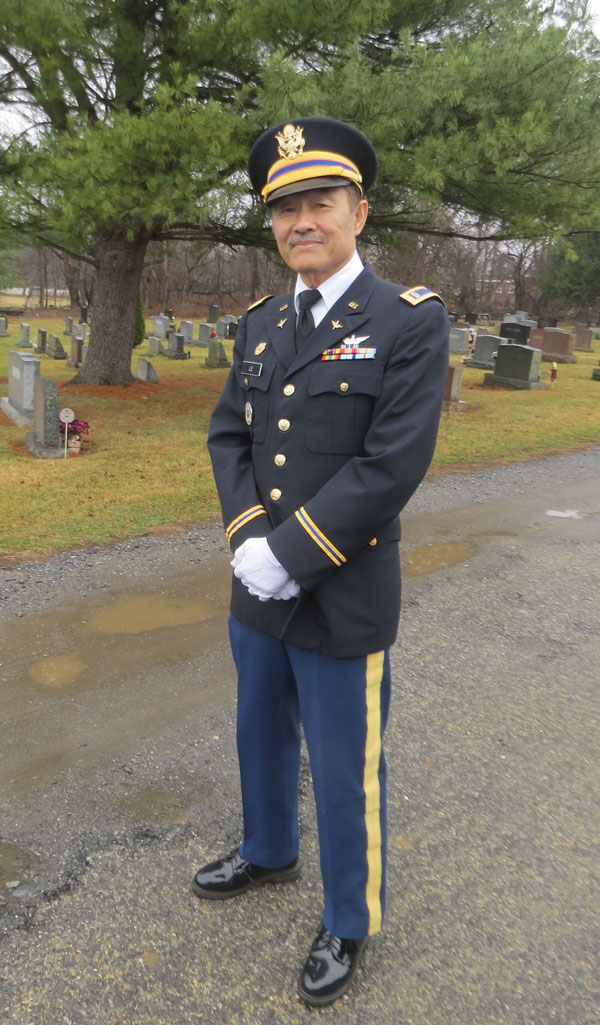 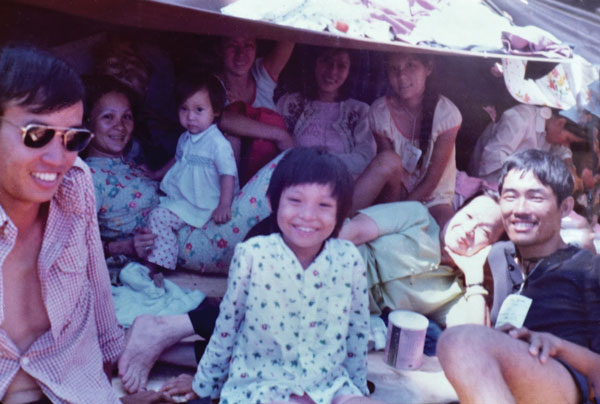