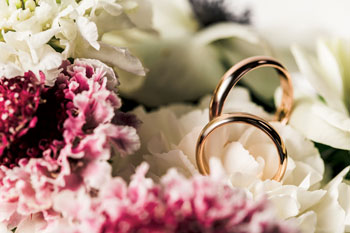 Fifteen years ago, Ginny, of Delaware County, Pennsylvania, was enamored of Harry, a man she had seen in her church. She was unhappily married, but he was happily married. She decided to attend a different church.

Ginny said, “Eight years ago, at age 72, and newly widowed, I decided I wasn’t going to just join women’s groups, so I found the local senior center. It is a ‘happening’ place. I am now on the council there.

“Several times, I checked out the pool room where the men hung out. They were very welcoming to me. I spotted Harry shooting pool. He recognized me right away. His wife of 59 years had passed away.

“Within a short time of our meeting, he asked me out. He told me many times that he was only looking for someone to have fun with, and I was it.

“In the first few years of our dating, when I or others occasionally brought up the subject of marriage to him, he reminded me and them that he had told me early on that he wasn’t going to remarry.

“We are active, fun-loving, and healthy Christians who are very much in love and are looking forward to having a ‘complete’ relationship.

“To further encourage us to marry, my brother, 74, a widower of eight years, is also tying the knot this year with a lovely woman, age 69, whom he met two years ago on Match.com.”

I responded to Ginny: “Why do you think Harry changed his anti-marriage position at age 87? Why get married now?

“Who will move? What does a complete relationship mean?”

Ginny replied, “I will ask him soon why he changed his mind. We are going to have an LAT (living apart together) marriage. I now go visit him almost every evening and come home each night.

“After the marriage, instead of coming home each night, I will come home the next morning. When I originally suggested this to him years ago, he said, ‘No way.’ I suspect he wasn’t ready.

“We will have a prenuptial agreement. We both have children and grandchildren. Our money will stay separate.

“What I mean by a ‘complete’ relationship is that now we will be able to have sex. Because of our faith, we agreed years ago to abstain unless married. It was difficult.”

Tom’s closing thoughts: I love Ginny’s story! And wow, a new senior-relationships term: “living apart together marriage.” I hadn’t heard that one before, and yet I get it. And I smile at their reason for marrying. Bless them both.

Ginny’s story illustrates that senior centers can be good places to meet potential mates, and why single seniors should never give up seeking companionship.