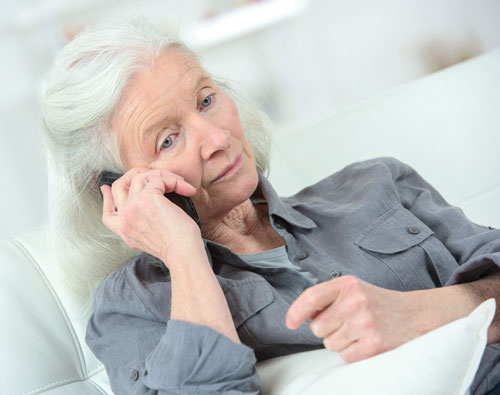 On Life and Love after 50: A Living-Apart-Together Relationship May Be Their Perfect Arrangement

Finding love at 50-plus is challenging. Finding love at 76 is a blessing. That’s what happened to Judy (not her true name). But, now, at 78, she is confused about her two-year relationship.

Judy contacted me, asking for advice. She said, “I never married (not yet, haha), though I had proposals. I met one man in my 30s whom I would have married. He was nine years younger, and we were so happy. His parents broke us up.

“I compare everyone to the wonderful relationship we had. I know it’s ridiculous to hang onto the past and the hope I could meet another like him.

“Two years ago, a high school classmate, 78, and I began a relationship. He was married 53 years. His wife had dementia; he cared for her until he couldn’t anymore. She went into assisted living.

“After his wife died, he came to see me often and helped me move and buy a car. Our feelings grew and we declared our love.

“We live an hour and a half away. He remembers our anniversary of our first holding hands, our first kiss, and incidents like when he says he thought of me while driving all the way home.

“He’s a country boy; I’m a city girl. When I stay at his place, I feel like I’m in the boonies, and when he comes here, he cannot stand traffic. He curses at traffic, or if he drops something, or when he can’t find his phone, or at anything that frustrates him.

“I can’t stand that. It cuts into the peace we are experiencing and really affects me.

“He would like me to move up there, but it’s really rural. Nice house, but mostly still set up [the way it was] when his wife was there.

“He’s jealous that I’ve been in several relationships prior to ever knowing him. Plus, he’s constantly wanting sexual activity to the point I think he’s obsessed.

“We just talked a few moments ago; he’s at his place and I’m at home. He misses me and loves me, and for the first time, instead of rolling his eyes when I want to go to my church group, or other things I like, he’s encouraging me to do so.

“I try to please him. He does me too. Today he said he doesn’t want to be someone who controls my life. That was new because, in fact, he tries to.

“Having said all that, he’s truly a fine person and that’s the reason I got involved to begin with. There’s much I love about him. But we are very different. I tell myself all relationships have adjustments the older we get.

“I’ve thought about moving up to his place and building a new life. It’s just that I like civilization. I also love his friends. They’re fun, great people. He has a large family; I enjoy being with them and love for him to spend time with them.

“Also, he’s remarked he thinks about moving into my place, thus no yard to mow, hedges to trim, repairs to make, and the like.

“If we break up, I figure it would be my last chance at a relationship, whereas he could find many others, as there are more women than men at our age.

“He’s conflicted and so am I. What to do? We love each other, but we’re so different. Any comments would be welcome.”

Tom’s advice: Considering you’re both so different and yet love each other, you already have the best arrangement — an LAT (Living Apart Together) relationship.

Living an hour and a half away from each other is a bit inconvenient, but living apart allows you both to spend time alone when you want.

You say you’re both “conflicted” about relocating. Based on the information you provided, if one of you relocated, there is a strong chance that one or both of you would not be happy living permanently in the other’s environment. Problems could quickly arise.

Moving in together or getting married could ruin your relationship. You say he’s controlling, jealous, and wants too much sex. He also has anger issues. I see big red flags in those characteristics.

Firmly explain to him that those behaviors are unacceptable to you. He must treat you with respect.

You reported that he said he is going to try to change his behavior, to be more considerate of you. Give him a chance; see if he does. And, as far as the obsessive sex, tell him to cool his jets somewhat on that also.

After your talk, see if his behavior changes. If not, you must decide what to do. Being treated with respect is nonnegotiable.

For now, keep the LAT relationship as is.