The History of Ordinary Things: The Shocking History of Facial Powder

Across history, men and women whitened their skin with facial powder to show their respectability and social class. It was also intended to hide facial blemishes, such as smallpox pocks or aged skin. Only much later was powder used to “enhance natural beauty.”

In ancient China, women wore rice powder. The whiter your complexion, the higher your status. It suggested you did not have to work in the hot sun.

In Roman times (AD), talc, known as French chalk, and vinegar were used to lighten the complexion. Ground orris root (from the iris plant) was incorporated as a stabilizer. But the orris root resulted in stomach pain, diarrhea, and allergic reactions.

In the Middle Ages, the Crusaders brought back cosmetics from the harems.

Queen Elizabeth I (1500s) defined the ideal Elizabethan face as pale with plucked eyebrows and a receding hairline. She wore red lipstick for her signature look. The common women powdered with flour but used harsh bleaches, such as lye, to lighten freckles.

Into the 1800s, talc was often the main ingredient in facial powder but also had lethal ingredients, such as lead and arsenic.

In mid-1800s, England’s Queen Victoria declared cosmetics “improper, vulgar, and acceptable only for use by actors.” Women who wore cosmetics were considered “painted ladies,” or prostitutes.

Use of cosmetics went underground, but the desire for whiter skin continued. In the late 1800s, “Arsenic Whitening Wafers” promised to remove freckles, pimples, and pockmarks. The 1902 Sears, Roebuck & Co. catalog sold Dr. Rose’s Arsenic Wafers with the assurance they were safe when taken as directed. (No amount of arsenic is safe to ingest.)

Before World War I, use of makeup was considered immoral. Women were encouraged to pinch their cheeks to achieve a pinkish tone. In 1923, Dorothy Gray cosmetic firm introduced a “face patter” to stimulate circulation by slapping yourself with this stick.

Max Factor of Hollywood created the first face foundation, “pancake” powder, for Technicolor Pictures in 1914. He was also responsible for the word “makeup.” Pancake makeup was a solid cake powder that was applied with a damp sponge. It remained white or light toned.

This changed when Coco Chanel, dressmaker and perfume entrepreneur, returned from a beach vacation with a suntan! Women wanted color! Factor made a color-selection guide for salesgirls to find the ideal powder color for each woman.

Compacts were introduced in the early 1900s, when cosmetics were still controversial. Many compacts were disguised as hatpins, combs, and purse inserts.

By the 1920s, powder was sold in a loose form, mixed at the makeup counter, and transferred to decorative compacts made to be seen. The early models had metal sifter systems that prevented clumping when applying. In the 1930s, fine thread sifters were put over the loose powder for the same reason. 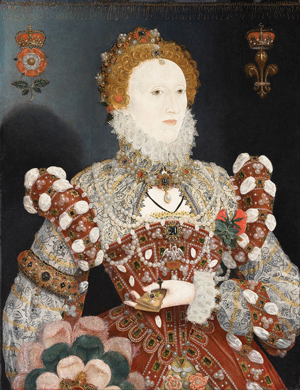 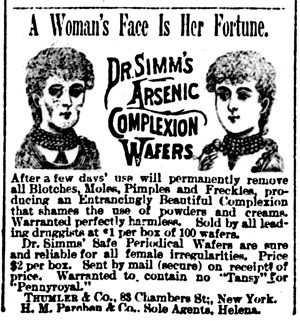 Solid cake powder was introduced in 1940s. The jewelry-caliber compact experienced its heyday in the 1930-40s but quietly passed out of day-to-day use by the 1960s.

Buyer beware: In the 1920s, there was a change in powder ingredients. There was concern that talc, starch, and amorphous silica, if not washed off daily, would enter the pores and ferment. Barium sulfate was also cut due to its toxic characteristics, along with orris root.

In 1938, Congress passed a major federal law governing the cleanliness in the manufacturing process, but it did not regulate the ingredients.

In the 1980s, concerns about contaminated makeup emerged. Loopholes in the 1938 legislation allowed manufacturers to use dangerous ingredients and evade disclosure of the chemicals. An FDA report in 1989 found samples from department-store counters were contaminated with mold, fungus, and pathogenic organisms.

An FDA study in 2010 found lead in 400 American-made lipsticks. In 2011, the FDA declared formaldehyde a known human carcinogen, yet nearly 20% of all cosmetics products contain formaldehyde.

Alert: Foreign cosmetics are unregulated for safety in production and ingredients. They are illegal in the U.S. but are rarely caught in customs.