After the attacks of Sept. 11, 2001, author and TV personality Hugh Downs edited My World: What My Country Means to Me by 150 Americans from All Walks of Life.

Downs, who died in 2020 at age 99, explained the book’s purpose in his introduction.

“People might wish both to express and to hear from others how they feel about the nation in light of the jarring events of Sept. 11, 2001.”

Downs received a variety of responses from celebrities, politicians, athletes, and religious figures. Some replies were “insightful.” Some were “philosophic.” Some expressed “deep personal outrage.”

All of them, Downs wrote, had “a newborn or reawakened feeling about the country we live in.”

Many of the contributors, including poet Maya Angelou, civil rights leader Coretta Scott King, journalist Helen Thomas, and TV personality Art Linkletter, are now deceased. Each made memorable contributions to the book.

“Let us vow that Sept. 11 will only strengthen the bonds of solidarity between all of

Linkletter, a professional lecturer in later life, wrote, “When I talk about our freedoms, our opportunities, and the wide horizons of life in the U.S.A., the [audience] response is like touching an electric switch.”

Angelou wrote about the courage of the first responders at the World Trade Center, who “gave us the handhold we needed to pull ourselves up.”

Grammy Award-winning singer Jose Feliciano wrote that America is “a beacon of freedom and opportunity.” He added, “This title, however, seems not to be possible without criticism — even, at times, conflict.”

These words from 20 years ago are a valuable lesson for today. Feliciano ended with another valuable lesson: “We must band together in solidarity, for as a nation, there has never been an equal, and as a people, there will never be a dilemma that we cannot overcome.”

TV personality Regis Philbin, who died last year, wrote of his feelings of “sorrow, doubt, and fear” after seeing the planes go into the World Trade Center.

“We have survived the most savage attack on our nation in modern times and have answered it swiftly and bravely,” he wrote. “I used to wonder if we had the guts and character of our predecessors. I don’t anymore.”

When Lincoln dedicated a portion of the Gettysburg battlefield for use as a cemetery, he said it was the duty of the living “to be dedicated here to the unfinished work which they … have thus far so nobly advanced.”

Bloomberg noted that “the same spirit that guided the soldiers at Gettysburg flowed through the rescuers of Sept. 11.”

Hugh Downs did a great job editing My America. In these pages, readers will find encouragement for 2021 and beyond. 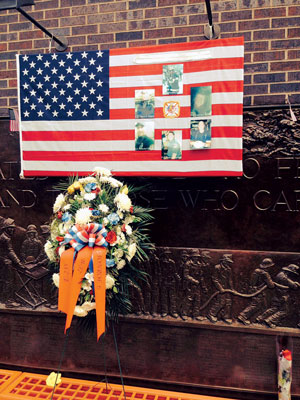 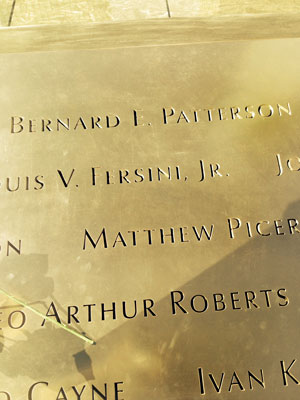