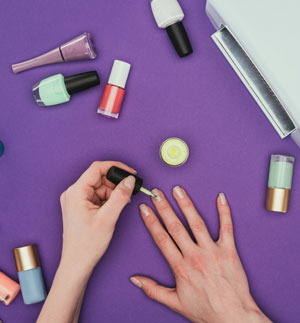 The Curious Beginnings of Our Everyday Customs

You cross your fingers for good luck or to excuse yourself from lying, but do you ever wonder how customs like that originated?

The Cracked website explains the beginnings of everyday behavior we take for granted:

Painting fingernails. Babylonian warriors in 3200 BC would paint their nails before heading off to battle to signify their social class.

Thumbs up. English archers in the Middle Ages would use the gesture, which was the correct brace height of a longbow, as a signal that they were ready to shoot.

Encores. Baroque audiences would demand repeat performances of songs of they enjoyed, sometimes in the middle of the piece.

Yawning. Covering your mouth while yawning developed from an ancient belief that evil spirits could enter your mouth during a yawn.

Blowing out candles. Making a wish while blowing out birthday candles derives from cultures that thought smoke delivered prayers to the heavens.

High-fiving. The first recorded high-five occurred on Oct. 2, 1977, when Glenn Burke of the LA Dodgers reached up to slap the hand of teammate Dusty Baker, who had just hit a home run, and Baker slapped his hand in return.

Crossing fingers. Crossing fingers to catch good luck originated in ancient pagan cultures. The practice for lying came from early Christians who wanted to absolve themselves from lies they told their persecutors.