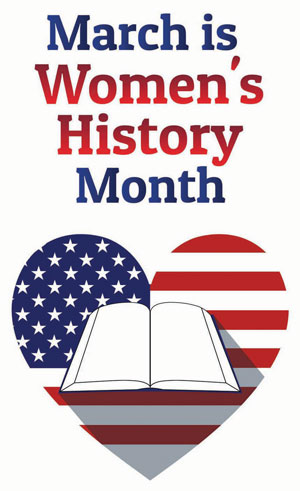 Some of the most common things we use every day were invented by creative women.

Here are a few, gathered by the Mental Floss website:

Circular saws. Tabitha Babbit, a weaver in a Shaker community, suggested that instead of a two-man pit saw that worked only when being pulled forward, a circular saw would be more efficient.

She attached a prototype to her spinning wheel in 1813 and filed a patent thereafter.

A man tried to steal the idea and file a patent, but Knight filed a lawsuit and won the rights to her creation.

Windshield wipers. Mary Anderson invented the first manual windshield wipers in 1903. They didn’t take off because most drivers thought it was safer to simply drive through rain and snow than keep pulling a lever to clear it.

Another woman, Charlotte Bridgwood, invented an automatic version in 1917, but it wasn’t accepted either. Still, by 1920 windshield wipers were everywhere, starting with Cadillac, which began installing them on all its cars.

After years perfecting the formula in her kitchen, she patented Liquid Paper in 1958. Gillette bought her company in 1979 for $47.5 million.

A chemist named Stephanie Kwolek discovered it by accident in 1966 as she was trying to develop a lightweight fiber for car tires.