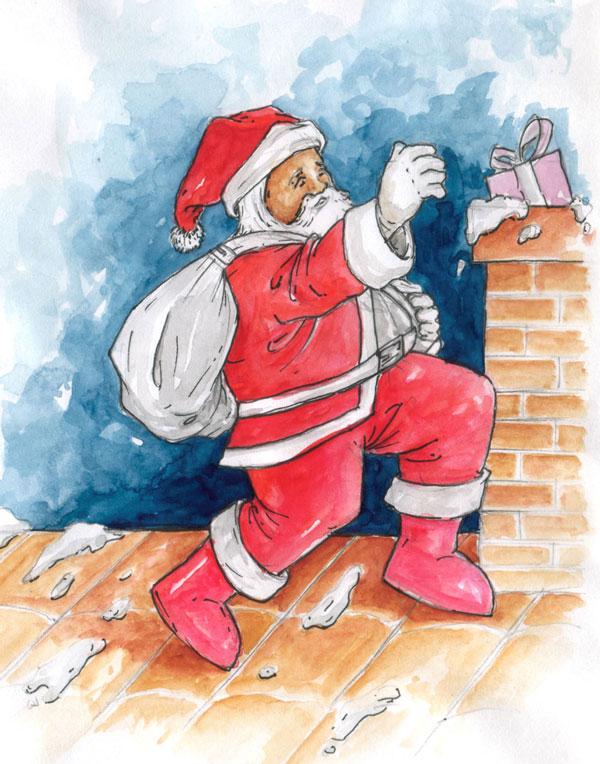 1. He’s only been “Santa Claus” for about 300 years. When the Dutch came to the United States in the 17th century, they brought along “Sinter Claus”—their name for St. Nicholas. Before long, Sinter Claus was Anglicized to Santa Claus.

3. His reindeer were introduced in 1832 via a poem written by Clement Clark Moore, “’Twas the Night before Christmas.” Their names were Dasher, Dancer, Prancer, Vixen, Comet, Cupid, Donner, and Blitzen.

The popular reindeer, Rudolph, was introduced in a 1939 booklet written by Robert L. May.

4. He became a department store Santa in 1890 when Massachusetts businessman James Edgar developed the idea of dressing up in a Santa Claus costume as a marketing tool. It worked, as children from all over the state begged their parents to take them to Edgar’s small dry-goods store in Brockton, Massachusetts.

5. He was a bachelor until the 19th century. Mrs. Claus was first introduced in the 1849 short story A Christmas Legend by James Rees. Over the next decades, other poems and stories referenced his wife.

They came up with idea of dressing unemployed men in Santa Claus suits and assigning them to New York City streets to solicit donations.

Those familiar Santas continue to ring bells on behalf of the Salvation Army.

7. He is immortalized in song. Every December he appears in songs such as “Santa Claus is Coming to Town,” “Here Comes Santa Claus,” “I Saw Mommy Kissing Santa Claus,” and “Santa Baby.” New songs about him continue to be added.

8. He has a town named after him: Santa Claus, Indiana. The town was established in 1854 and was originally known as Santa Fe, Indiana.

However, when the town tried to establish its postal service, the USPS declined their application, saying there was already a Santa Fe. Town meetings were held and the name Santa Claus, Indiana, was selected.

10. His residence is a mystery. Some say he lives in Finland. Others say he resides in Sweden. Still others claim he lives in Greenland. Perhaps the most popular residence for Santa Claus is the North Pole.

That was established by 19th-century cartoonist Thomas Nash, who did a series of drawings for Harper’s Weekly. Nash’s drawings clearly show Santa living at the North Pole, where he has a workshop for building toys as well as a large book filled with the names of children who had been naughty or nice.