Residents of Pennsylvania will spend, on average, $1.08 million during their retirement years, in a state where the cost of living is 2.5% lower than the national average, according to a new study from the website 24/7 Wall St.

The analysis used data from the Bureau of Economic Analysis, Bureau of Labor Statistics, and the independent Institute for Health Metrics and Evaluation to examine what it costs to retire comfortably in each state.

Whether someone saves enough to live comfortably during their golden years depends on several factors, such as whether they will receive pension payments in addition to Social Security, according to 24/7 Wall St.

In Pennsylvania, the average monthly housing cost for those 65 and older who own their homes was estimated at $528. And the share of seniors in the state population is 18.2%, according to the report.

Nationwide, Americans will spend on average $987,000 during their retirement years, with the average life expectancy at age 65 estimated at 19.4 years, according to 24/7 Wall St.

Average Retirement Spending in Each State 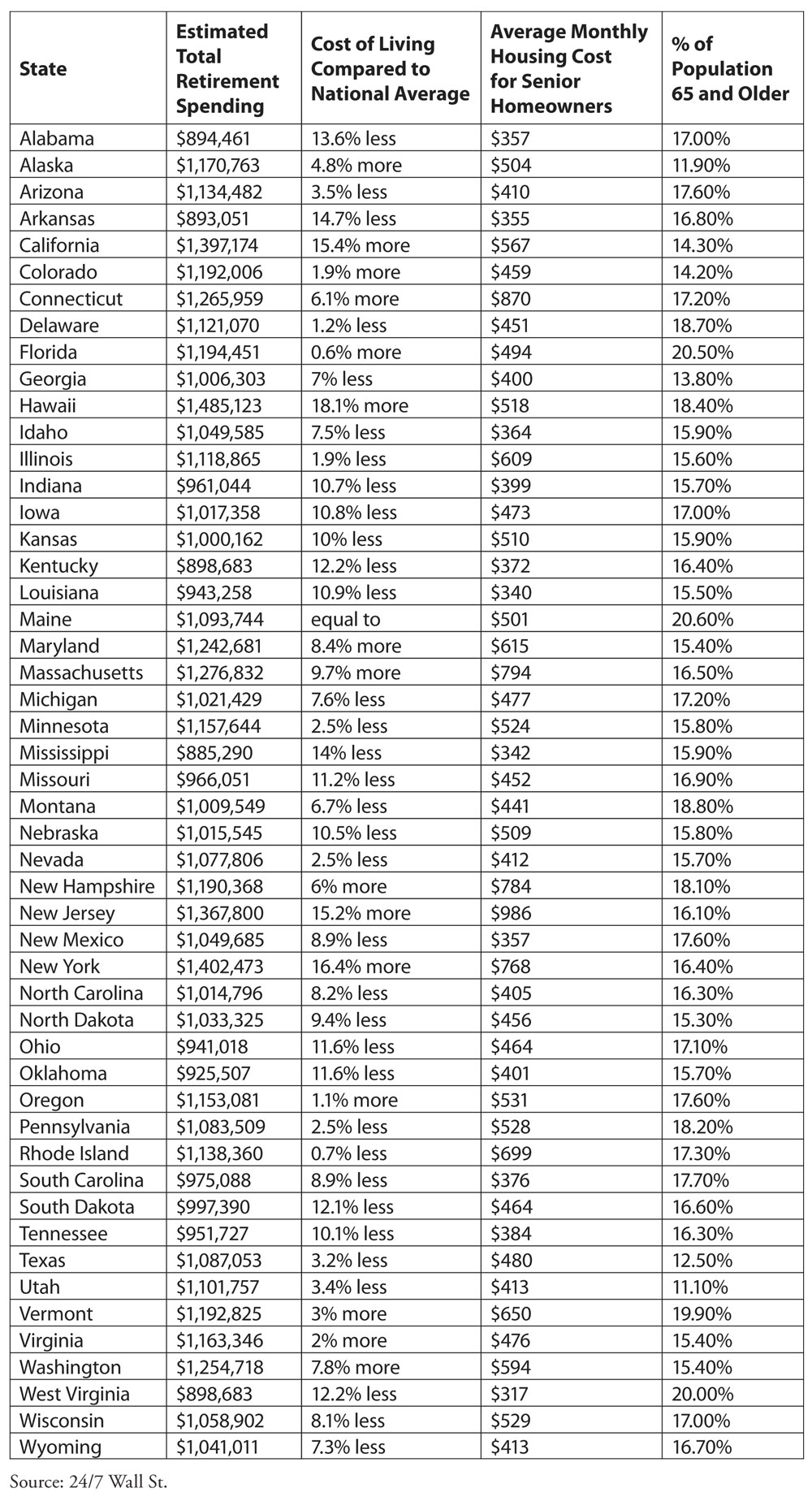