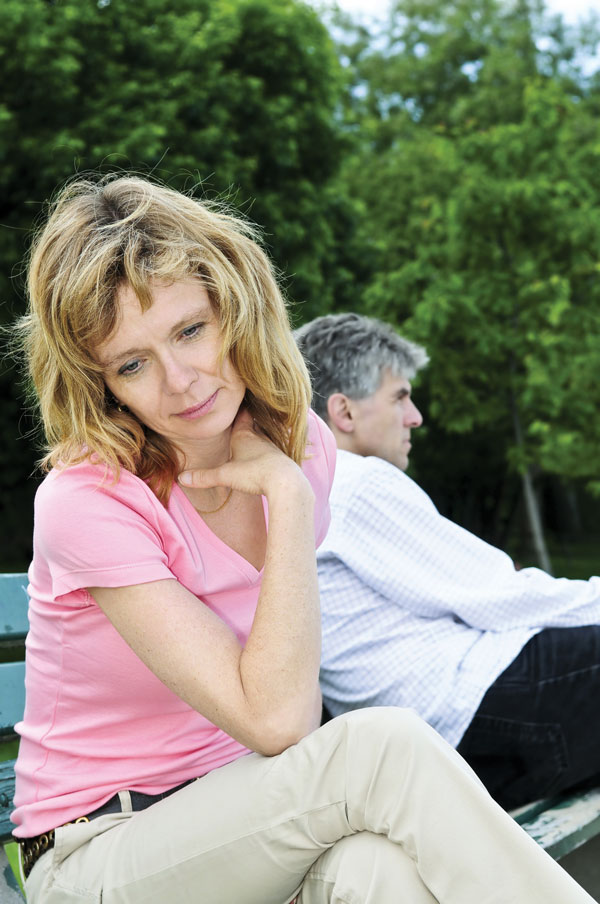 Alan and Joan* threw a big bash to celebrate their 40th wedding anniversary. Surrounded by their children, grandchildren, and friends, the champagne flowed as they toasted a life well lived.

A month later, Joan shocked everyone by moving out of the house and filing for divorce. Everyone wondered: Why now?

“We don’t want the same things anymore,” Joan said, when asked. “Alan is a great guy, but once the kids left, I realized we weren’t going to have much to talk about for the next 20 years.”

While the divorce rate in the U.S. has dropped slightly since the 1990s, “gray divorce” among baby boomers and seniors has doubled, according to a March 2017 Pew Research Institute study.

Cris Pastore, esquire, co-founder of Main Line Family Law Center, a Philadelphia-area mediation firm, has been conducting divorce mediation exclusively since 2008. He reports that the firm’s main demographic is couples between the ages of 40-60, with a slight uptick in recent years of the 50-55 group.

According to Pastore, these couples tended to marry and have kids in their 20s.

“They see their lives split in half,” Pastore says. “They spent the first half raising kids. Now they want something different.

“Women initiate gray divorce more often than not,” Pastore continues. “They are coming to the (mediation) process more empowered than ever. They can be true to themselves and to their spouses about what they want for themselves. Many have careers and don’t need financial support from their husbands. In the past, they were more reticent to tell the spouse how they felt.”

Pastore believes the aftermath of 9/11 has increased older adults’ willingness to divorce.

“I look at 9/11 as having completely turned things upside down. People are living more for today than they ever were before,” he says. “They don’t want to wait for tomorrow—they’re less willing to wait around for anything.”

Life expectancy plays a role in the decision to divorce. Many, like Joan, expect to live longer and remain in good health and wish to fully engage in their lives for as long as possible, even if it means doing it without a partner.

Not all gray divorce is a result of a long marriage that has run its course, however. Many are second marriages, which carry an even statistically higher divorce rate.

Often, people remarry without having worked through their own issues that contributed to the first divorce. Blended families present unique challenges.

And, having been through it already and knowing they will survive, it becomes easier to leave, especially when there are no children to consider.

Although today’s older women are more likely to experience the financial independence that allows them to leave an unhappy or unsatisfying marriage, divorce is costly.

“In almost every case, divorce results in a financial hardship for both spouses. Financial reasons usually are in consideration of staying together, rather than getting a divorce,” Pastore says.

Fortunately, options exist today beyond hiring opposing counsels who may escalate the battle and win the spoils of the war. There are divorce professionals, including attorneys and therapists, who are committed to making the process as financially and emotionally healthy as possible.

Divorce mediators, such as Pastore, help the couple obtain a peaceful, cost-effective divorce without the need to hire attorneys. The divorce mediator does not take sides but empowers both parties to negotiate a fair and equitable settlement outside of the court system.

Couples who wish to remain amicable while being represented by attorneys can consider collaborative divorce, a process of voluntary dispute resolution in which parties resolve issues without litigation.

Experts—such as mental health therapists, parenting experts, and financial professionals—may be engaged as part of a problem-solving team.

Deciding to divorce can be a gut-wrenching process. One or both spouses may struggle with the choice of whether to stay or go. Before contacting a lawyer, these couples should consider discernment counseling.

Usually within one to five sessions, a discernment counselor will help couples choose one of three paths with clarity and confidence: stay the course and do nothing at present; move toward separation and divorce; or agree to commit to marriage counseling with a qualified, licensed professional.

Even if you don’t want to squander the rest of your life with someone who has become the wrong partner, take time to educate yourself about your options. Life is short, but a bitter divorce feels interminable.

Linda Hershman, MS, LMFT, is a licensed marriage and family therapist practicing in Berwyn, Pa. She is the first therapist in the Delaware Valley to have obtained certification in discernment counseling. For a free consult, contact her at (610) 889-2089 or www.stayorgocounseling.com.

*not their real names