5 Things Retirees Will Wish They Had Known Sooner

Many people planning for retirement anticipate those post-working years eagerly, ready to veg out after a life of toil. Others plan with greater anxiety, unsure whether they even have an identity without their jobs. 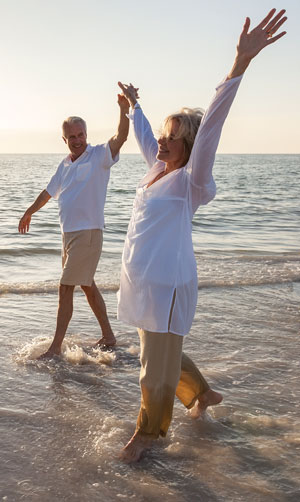 But it may be that retirement these days is far different from what either point of view envisions.

“We all have made decisions based on the information we had at the time but later realized we would have planned differently if we knew then what we know now,” says Patti Hart, co-author with her husband, Milledge, of The Resolutionist: Welcome to the Anti-Retirement Movement.

“That’s definitely true when it comes to planning for retirement.”

The Harts don’t even think of themselves as retirees, but as “resolutionists,” constantly challenging themselves to improve.

“I’m busier now than I’ve ever been,” Milledge Hart says. “I’m using this time to be a better me than I could when my days were structured and my time was spoken for.”

With that said, the Harts share five things future retirees may wish they had known sooner:

1. Retirement isn’t what it used to be. Most people’s vision of retirement is built on what the people around them did, but that vision is outdated.

“Many of us watched our parents or grandparents settle into a quiet, nondescript life,” Milledge Hart says. “We’ve seen the stereotypical portrayal of aging and irrelevant ‘retirees’ on TV shows and in the movies.”

But many retirees today are much more vibrant than those stereotypes and have no intention of sitting quietly on a front porch while the world passes them by.

2. People have more time in this phase of life than previous generations. Anyone who expects retirement to be a few short years tacked on to the end of their working life could be in for an awakening.

And those, remember, are averages.

“Some people could spend more years in their post-career life than they did building their career,” Patti Hart says. “Knowing and understanding what that means will help you plan better.”

3. It’s important to constantly prepare for the next phase. The Harts acknowledge they should have been planning earlier than they did. Instead, time slipped by.

“The horizon is closer than it looks,” Milledge Hart says.

So, when should you get serious about planning for those post-career years?

“Right now would be a good time,” he says. “But definitely, the sooner the better.”

4. Retirees need to redefine their metrics. The Harts say it’s important for people to redefine how they measure success in this phase of life because it’s different from how they likely measured success in their career days.

“The goals are likely to be more qualitative than quantitative,” Patti Hart says. “For example, one of our metrics one year was to enhance our celebrations. We found that many holidays and special events were filled with unnecessary stress and were too materially focused. We decided to eliminate event-driven gift giving.”

That simple change, she says, improved their lives substantially.

5. Being a “resolutionist” is fun. If someone had told the Harts when they were in their 30s that their “retirement” years would be filled with so much fun, laughter, and fulfillment, they would have been skeptical.

“We laugh more now than we’ve laughed at any other stage in our life,” Milledge Hart says. “This phase is instilled with so much adventure, and it’s a feeling that comes from within rather than the happiness of achieving a certain stock price.”

“I wish I had known sooner that I could say goodbye to the corporate world and still be interesting and relevant,” Patti Hart says.

“I wish I had known that retirement is yours to define. I successfully defined my role in the business world, but it didn’t dawn on me that I could also reinvent retirement. I don’t know why. It seems perfectly obvious now.”

Patti and Milledge Hart, co-authors of The Resolutionist: Welcome to the Anti-Retirement Movement (antiretirement.com), spent more than 30 years as executive leaders in numerous technology and investment-banking businesses. Today, in what they call the “Resolutionist” — rather than retirement — phase of their lives, they are applying their resources and skills to global philanthropic and corporate activities.