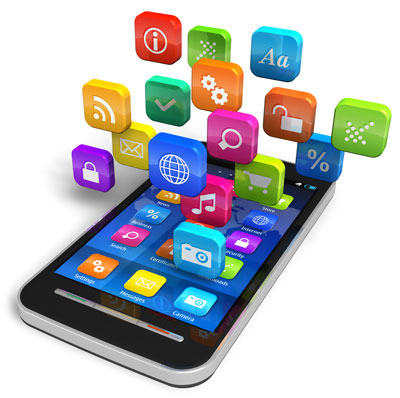 Q. There is an app on my phone that I do not use. Can I save space by removing it?

A. Not only will you save space, but removing unneeded apps will also make the phone much less cumbersome to use.

When I set up my mom’s new iPhone, I removed all but the half-dozen apps she used. That worked out great for her.

A word of caution: While you cannot damage a phone by deleting an unwanted app, you can lose data. Be sure the app is really never used before you remove it. If you delete an app by mistake, you should be able to reinstall it, but data associated with the app will be lost.

To remove an app from Android, go to Settings, then select Apps. The exact steps vary depending on the phone, but eventually you should be able to tap a disable button.

To remove an app from an iPhone, press the icon of the app until a menu appears. Select Remove App from the menu. I suggest choosing the option “Remove App from Launch Screen.” That way, it is less likely to lead to data loss.

While saving space is always useful, having a simple menu of apps makes the phone much friendlier to use.

Q. Are Apple’s new AirTags and Samsung SmartTags ready for everyday use?

A. It is still early days for the technology.

In demos, they look great. They make it look easy to find your keys in a flash or see if you left your purse in a friend’s car.

But there are also drawbacks that demos do not show. These kinds of devices use short-distance Bluetooth radios, not GPS. That means that in order to locate a tracker, another device with a stronger radio and GPS has to be in close range. The more devices in use that are compatible with the tracker, the better the odds the tracker will be located.

Apple has the biggest tracker network, with a billion devices circulating throughout the world.

But Apple has its drawbacks also, most noticeable at close range. If the tracker is somewhere in your house, the tracker will report that it is home, but not necessarily in the laundry basket downstairs. You can ask the tracker to emit a beep.

And there is also a homing function that will help you point the phone toward the tracker (think of the kids game Hot and Cold!), but that only works on the very newest iPhone models.

In general, Bluetooth trackers are young. There was a recent announcement from Amazon and Tile about teaming up to expand the Tile tracker network. And I doubt Samsung will be standing still.

Today, Apple performs the best so far. I expect the technology will improve in the next few years, but right now, they are useful as long as you are aware of their limitations.

Q. I store my entire photo library on Google Photos. What do the recent policy changes mean to me?

A. Google Photos is no longer free as of June.

If your current photo library is large enough, you should have received an email about the upcoming changes. However, it is good practice to check for yourself.

If your library requires more than 15 GB, you will need to create a Google One account and begin paying a monthly fee. The good news is that the fee for the first tier (100 GB) is $1.99 a month. 100 GB should be enough to cover the storage needs of all but the very largest of libraries.

The 15 GB free tier still exists, but it is like a free sample: enough to give you a taste and perhaps hook you, but you have to pay to get the full value available.

As I have written many times, I think that both Google Photos and iCloud Photo Library for Apple are inexpensive bargains. They provide another backup to protect your photos, safe from fires, floods, and hurricanes.