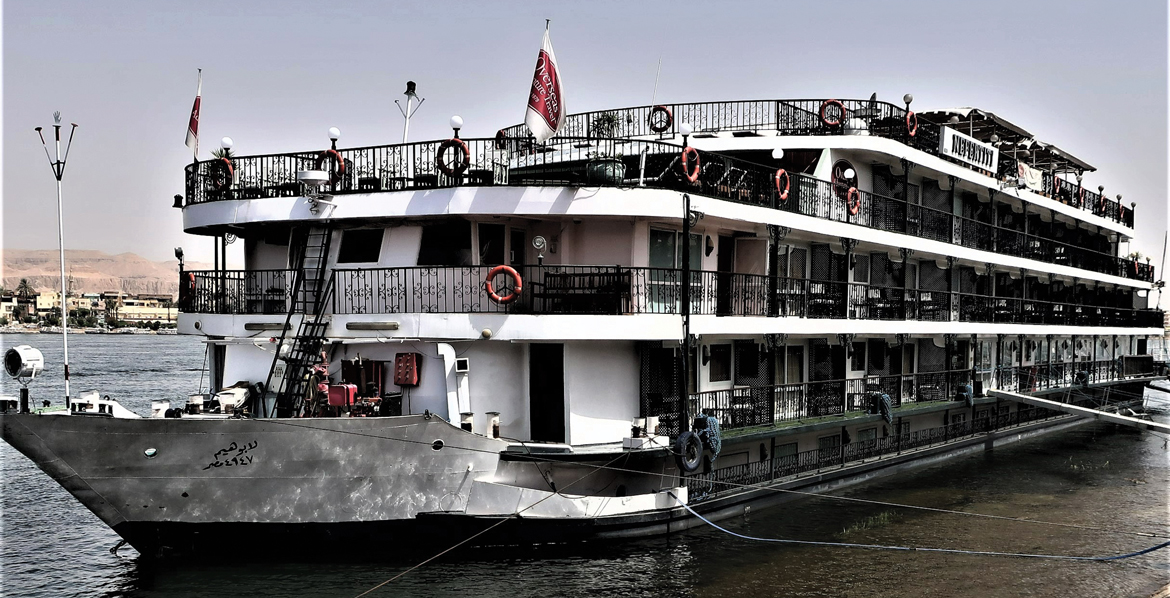 Willing to Wander: Egypt: Land of Pyramids and Pharaohs, Part 2

Last month, I described world-famous sites that earn Egypt a place on many people’s Travel Bucket List. This month, we’ll meet the people and delve into the culture of that country, which add other dimensions to a visit there.

During our visit, my wife, Fyllis, and I encountered a multilayered culture that accords equal respect to both ancient and modern. While most visitors are drawn to Egypt by its magnificent monuments, many also return home with enduring memories of its people and their way of life.

The Overseas Adventure Travel tour company with which we traveled makes “learning and discovery” part of their tours, and it manifested itself repeatedly. Our knowledgeable guide Hussein went out of his way to establish ad hoc encounters with everyday Egyptians.

Several times, he approached locals, asked if they would speak with visitors from the United States, and served as interpreter.

Among results of those chance meetings, we gleaned information about topics ranging from education (we met young people whose accomplishments and aspirations speak well for Egypt’s future), women’s rights (they are improving), and religious tolerance.

Egypt has the largest Muslim population in the Arab world and biggest Christian (Coptic) population in North Africa and the Middle East. What we learned suggests that Muslims, Coptic Christians, and Jews appear to coexist in tranquility.

We spent one day with a family in a typical small village, which demonstrated that while Egypt in ways is leapfrogging toward the future, rural life continues much as it has for centuries.

Subsistence farming remains the staple industry in tiny towns of modest mud-brick and concrete houses, where everyone knows their neighbors and the addition of modern amenities like television and air conditioning hasn’t changed ages-old practices.

We watched women grinding seeds into flour between two stones and men planting crops using tools that might have been passed down for generations. At the same time, change is coming.

Some fellahin (farmers) now use a tractor, which they may rent, and diesel-powered irrigation pumps have replaced many ox-driven waterwheels.

Change also is taking place in the attire, especially of women. While public modesty continues to be valued, we saw few women wearing a burka, which covers the entire body and face.

Many more sported a hijab cloth wrapped round their head and neck, and when asked, they gave a variety of reasons for doing so. These ranged from religious respect to satisfying family members.

I didn’t have an opportunity to question one woman I spotted whose head scarf was topped by a New York Yankees baseball cap.

Visitors who take a Nile cruise soon learn the river flows near a number of Egypt’s most revered archaeological treasures. Our weeklong voyage was aboard the OAT-owned boat Nefertiti.

It provided a passing parade of classic Egyptian scenes. Seated on our stateroom balcony, we waved back to villagers who greeted us as we floated by, spotted fishermen in tiny boats, and admired felucca, traditional wooden sailboats that continue to be used to ferry goods and people.

We saw men sitting in the sun enjoying their morning tea and shisha (hookah) pipe and admired the graceful minarets that look over each low-rise village.

We also came to understand how important the Nile is, and has been, in the lives of Egyptians. Without the river, there would be no fertile land, a scarcity of food, and little electricity.

Rainfall is scarce in Egypt, and the Nile irrigates a narrow stretch of verdant land along its banks, which quickly gives way to barren desert just behind the slim strip of green. No wonder over 90% of the people live along the Nile, on 3% of the country’s territory.

Throughout history, the Nile flooded each summer, leaving behind deposits of rich silt as the water receded. This fertile soil, combined with irrigation methods devised by ancient Egyptians, provided ideal conditions for growing cotton, wheat, and other crops.

Completion of the Aswan High Dam in 1970 brought an end to the flooding and provided a new source of much-needed electricity. At the same time, it has resulted in a decline in the fertility and productivity of riverside farmland.

The world-famous relics remaining from Egypt’s historic heyday, along with its rich history, provide more than enough reasons to visit. Experiencing the local lifestyle and centuries-old routines in ancient villages adds much to its allure. 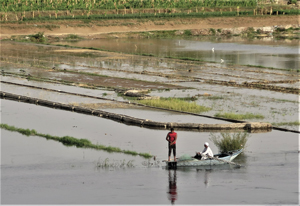 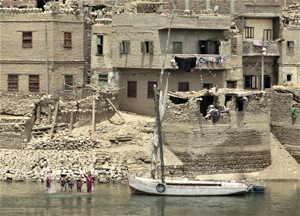 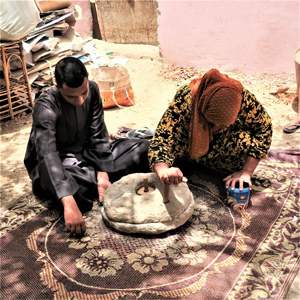 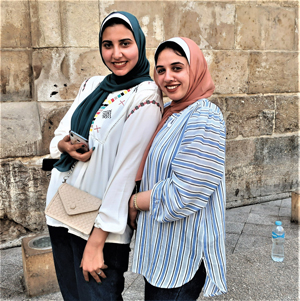