Willing to Wander: Egypt: Land of Pyramids and Pharaohs, Part 1

My first impression on the ride from the airport to my hotel was: Big city.

Cars and motorcycles battled for space, their horns raising a din. Signs for McDonald’s, Burger King, and other familiar fast-food restaurants vied for attention with billboards touting trendy women’s fashions.

Gradually, other touches of the destination caught my attention. Street vendors maneuvered pushcarts laden with foods that were new to my eye. Towering minarets pierced the skyline. Ramshackle apartment buildings decorated with laundry drying in the sun stood next to modern hotels.

Welcome to Egypt, land of pyramids and pharaohs, with a rich, millennium-long history and a present-day life with one foot planted firmly in the past.

Many people travel to this ancient land to see the pyramids, Sphinx, and other storied monuments. Ancient Greeks and Romans started the trend, coming to goggle at the manmade monuments. Later, Napoleon showed up and looted artifacts that were transported back to France.

Following the two-week itinerary that my wife, Fyllis, and I took with Overseas Adventure Travel, we returned home with a sense of awe at Egypt’s iconic attractions and an appreciation of its people and their fascinating culture.

It’s clear why the pyramids were included among the Seven Wonders of the Ancient World, a listing first compiled in 225 B.C. The Great Pyramid, one of more than 100 throughout the country, is the largest of three at Giza, just outside Cairo. It was built over 4,000 years ago to serve as the tomb of Pharaoh Khufu (Cheops).

The massive structure soars to the height of a 48-story building. Standing at its base adds to the appreciation of what men using primitive tools created long ago. Workers cut 2.3 million enormous stones, moved them to the site, and elevated them up the sides of the pyramid as it grew.

In the shadow of the Giza pyramids is another treasure. The Great Sphinx, a mythological creature carved from a single piece of limestone, dates back at least to 2,500 B.C. The 240-foot-long figure features a lion’s body and human head, which some Egyptologists claim resembles the Pharaoh Khafre.

While Egypt’s pyramids and Giza Sphinx get much of the attention, temples dedicated to the worship of gods, and commemoration of the pharaohs, compete with them in size, beauty, and wonder.

The temple complex of Karnak, on which construction began in the 19th century B.C., encompasses shrines and monuments dedicated to a series of rulers. Walls are covered by hieroglyphics that are as deeply etched as when they were carved, and paintings at temples and burial crypts are as bright as when they were created.

The temple at Luxor was a center of power for a number of pharaohs. They included Ramses II, whose reign lasted 67 years, and Tutankhamen (“the boy king”), who took the throne at the age of about 8 and died nine years later.

A wealth of information about everything Egyptian awaits discovery at two outstanding museums in Cairo. Displays at the Museum of Egyptian Antiquities range from coins and papyrus to life-size statues and sarcophagi, the outside containers of coffins.

Speaking of coffins, the National Museum of Egyptian Civilization is the final resting place for 22 mummies. They include 18 kings and four queens, whose preserved bodies rest in repose. My imagination pictured them coming to life after the museum closes to reminisce about their days as leaders of a great civilization.

Many of Egypt’s monuments to the past lie along the Nile River, and we traveled to some of them during a weeklong boat trip. Next month’s story will take you along that journey and provide an introduction to the people of the country. 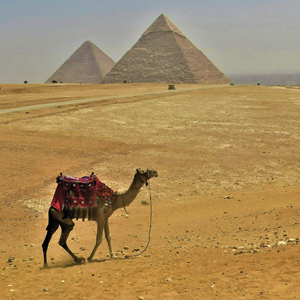 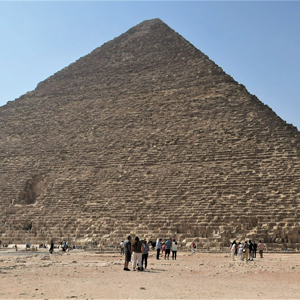 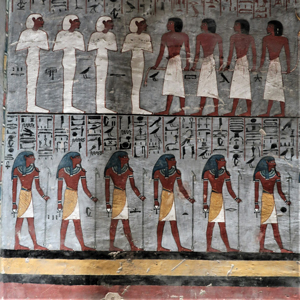 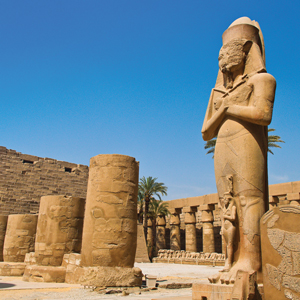 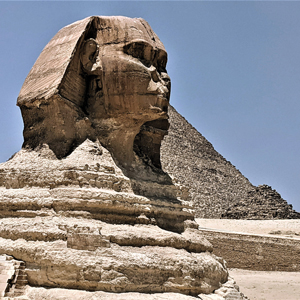