Willing to Wander: Be a Stateside Tourist – Get Out on the Scenic Drives

Granted, it would be challenging now to take a truly cross-country drive, or even follow a scenic road that meanders through several states, stopping at tourist attractions along the way.

But that doesn’t mean you have to park the family buggy at home and forego automobile outings that provide a reintroduction to the outside world. Inviting scenic drives that until recently attracted people from every state to every state still exist, and no doubt some are within an easy commute from where you live.

From Maine to California, Florida to Washington state, opportunities abound to get outside, enjoy a bit of fresh air, and admire some of Mother Nature’s handiworks. If none of these routes is close to your home, others no doubt are.

Maine has nearly 3,500 miles of coastline, and U.S. Route 1 provides introductions to most of it. As the road meanders along, it offers views of the rocky shoreline, quaint fishing villages, historic homes, and ships lying at anchor in protected harbors.

The aptly named National Road, the first federally funded highway in the country, was authorized by Congress in 1806 to link the agricultural Midwest with the cities and seaports of the East.

Much of it follows a route used first by Native Americans, then by early European explorers, and later by settlers. It cuts through the Cumberland Narrows, an opening in the mountain range that runs the length of the Mid-Atlantic Region.

Sections of the road stretch through six states, with some of its most historic sections in Maryland’s Allegany County, the self-styled “Mountain Side of Maryland,” which alone is home to a treasure trove of attractions.

They include the restored one-room log cabin that George Washington occupied early in his military career and the Paw Paw Tunnel, which was cut through solid rock as part of the Chesapeake and Ohio Canal. When it was built during the 1830s and 1840s, construction of the shaft represented a major engineering achievement.

Less impressive, but no less interesting, is the LaValle Toll Gate House. That oddly

shaped, seven-sided structure was the only toll-collecting station along the National Road when it was built in 1836. A plaque lists the fees charged for a horse and rider (4 cents), one-horse coach (6 cents), and two-horse carriage (12 cents).

While the list of scenic drives in Florida is long, many locals tout the 60-mile stretch of Route 17 between Sebring and Loughman as among the best.

As it traverses the central portion of the state, the road passes historic communities, sprawling citrus fields and other touches of agriculture, and crystal-clear lakes. The rural setting provides a reminder of what Florida was like in the early 1900s. 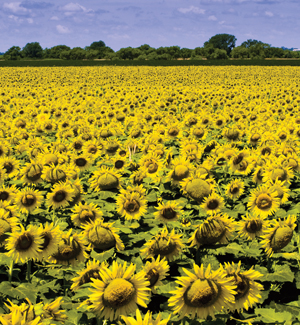 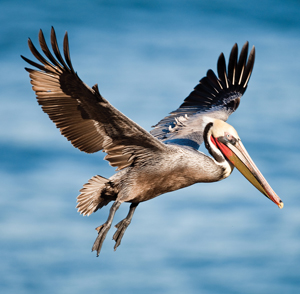 Leap-frogging to the West Coast, California lives up to its nickname as “the Golden State” with its wealth of inviting routes. Some are well-known highways and byways that offer dramatic ocean views, while others head inland past rolling vineyards and other attractions.

California State Route 154 is a back road between Los Olivos and Santa Barbara. Along the way it traverses the Los Padres National Forest and San Marcos Pass in the mountains, reaches Lake Cachuma, and crosses the Cold Spring Canyon Arch Bridge.

Soaring 400 feet above the canyon floor, it’s one of the highest spans in the United States. This road is designated as a Scenic Highway for the “memorable landscape” through which it passes.

The fourth corner of the country also has roads to rave about. The Stevens Pass Scenic Byway stretches 69 miles from colorfully named Gold Bar to Leavenworth, Washington, a Bavarian village known for its colorful traditional European architecture.

The road scales the rugged Cascade Mountains; offers views of jagged peaks, rivers, and glacial lakes; and leads to the ski resort, and former railroad town, of Seven Pass, perched in the mountains at an elevation of over 4,000 feet.

Mountains also compose part of Oak Creek Canyon Drive (U.S. 89A), which passes through Sedona Canyon and on toward Phoenix, Arizona. The main attractions are barren desert terrain and the famous red rocks that paint the canyon. Sunset-colored buttes, haunting desert vistas, and tiny towns add to the something-for-everyone variety of this road trip.

Another inviting jaunt is provided by the Million Dollar Highway (U.S. Route 550) as it passes through the southwestern part of Colorado.

That 82-mile-long roller-coaster ride is one of the highest routes in the country. It soars into the San Juan Mountains and then dives down into deep, sun-drenched valleys. Fields of wildflowers and sightings of elk add to the excitement and enjoyment.

From flowers to fishing villages, soaring bridges to Technicolor buttes, scenic drives everywhere offer diversions galore to those who hop in their car and head out and about.