Willing to Wander: History Tucked into the Suburban Present

Stepping off the train after a short ride from a modern metropolis, I was immediately introduced to a world that no longer exists.

More than 50 houses, business establishments, churches, and other buildings provide an introduction to small-town America during the 19th and early 20th centuries.

A tiny log home built in 1861 is dwarfed by a larger dairy spread. A general store that operated in the late 1800s stands near a depot where trains of the fabled Atchison, Topeka, and Santa Fe Railway once stopped.

This setting greets passengers disembarking from light rail trains connecting Denver with Littleton, Colorado, 20 minutes away in time but more than a century removed in atmosphere. The setting is akin to entering a Norman Rockwell painting of life as it used to be and, in some ways, still is.

The first view of Littleton that people arriving by train encounter is displayed on a 40-foot-wide mural on a wall of the railroad station platform. The colorful composition depicts more than 50 historic structures, some long gone and others still standing.

The seeds of the settlement were planted in 1859, when the Pikes Peak gold rush attracted miners to the community, along with merchants and farmers who came to supply and feed them.

Since that modest birth, Littleton has expanded into a suburban community. The action is centered around a stretch of Main Street.

A walking tour is a good way to take in historic buildings and get a feel for the setting. Begin at the light rail depot, a Victorian-style stone building constructed in 1875. Another train station and a vintage caboose parked next door serve as an art gallery.

The tower of the Columbine Mill, built in 1901 as a grain elevator, looks out over the town.

The charming Louthan House (circa 1905-1909), named for its builder, is home to the Café Terracotta, one of a number of restaurants that make Littleton a mini-magnet for foodies.

Shopping also has a local focus. One example is Reinke Bros., a Halloween superstore with a focus on ghosts, goblins, and ghouls. Strolling through the twisted tangle of aisles brings shoppers face-to-face with skulls, skeletons, and other merchandise that ranges from fun to frightening.

Walking provides an introduction to a virtual outdoor art museum. Some three dozen sculptures — plus friezes, paintings, and other works — adorn sidewalks, buildings, and parks.

Not to be outdone by art aficionados, theatergoers are drawn to the Town Hall Arts Center. Over time, that elaborately decorated Italian Renaissance building has housed the town offices, volunteer fire department, court, and jail. It’s now the site of theater productions, concerts, and other cultural offerings.

A very different aspect of the past is explored at the Littleton Museum. In keeping with its name, that institution has permanent exhibits that trace the area’s history, from the time when Arapaho, Cheyenne, and Ute Native Americans passed through to the pioneer era to more recent days.

Its role as an affiliate of the Smithsonian Institution, along with the attractions of two living history farms, are part of the reason why it’s ranked among the most outstanding history museums in the country.

The favorite attractions for many visitors are two living history settings that recreate farm life in the 1860s and 1890s.

The older spread represents a pioneer homestead during the area’s settlement period. Wandering from a modest, and modestly furnished, cabin to a reconstructed log barn, sitting at a desk in a one-room schoolhouse and chatting with a blacksmith as he toils at his trade, increased my appreciation for modern-day amenities often taken for granted.

Adding to the realistic setting are costumed interpreters who demonstrate quilting, plowing, cooking over a fire, and other chores.

A virtual “zoo’s-who” of farm animals, including oxen, mules, sheep, chickens, and honeybees, enhance the experience. Also adding authenticity are livestock, crops, and plants that were common during the time.

The Hudson Gardens boasts a collection of beehives that held as much interest for me as its extensive plantings themselves — not that areas devoted to roses, herbs, fragrance, and nearly two dozen other floral themes aren’t eye-catching and aromatic, or that signs identifying displays with names like Balloon Flower and Fat Albert don’t elicit a smile.

It’s just that when a town resident is on hand to attend to one of the hives that locals are allowed to place in the garden, visitors are likely to learn more than they thought possible about the lifestyle of bees.

If learning that there are nearly 20,000 species of bees isn’t your cup of honey, perhaps reliving farm life from a bygone area will grab your attention. Whatever your interests, you’re likely to find enough to fulfill them only a short train ride from downtown Denver. 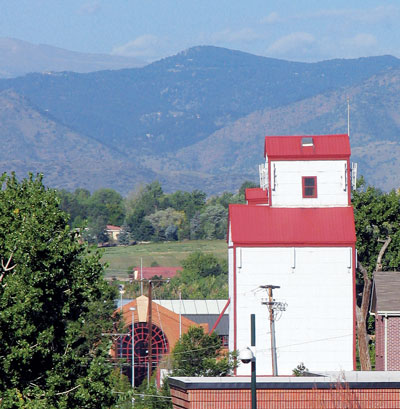 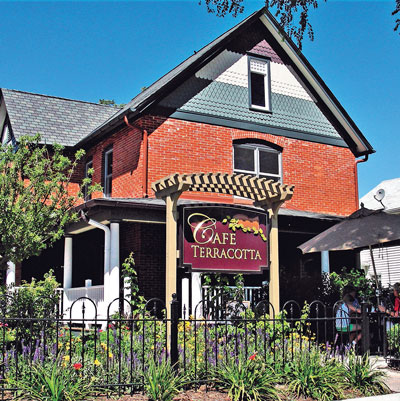 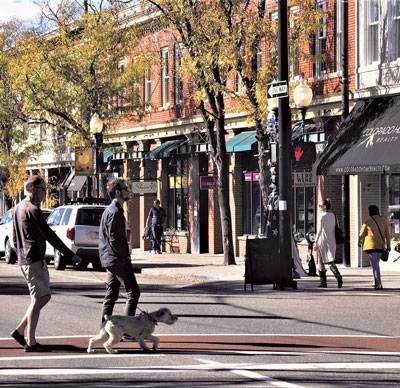 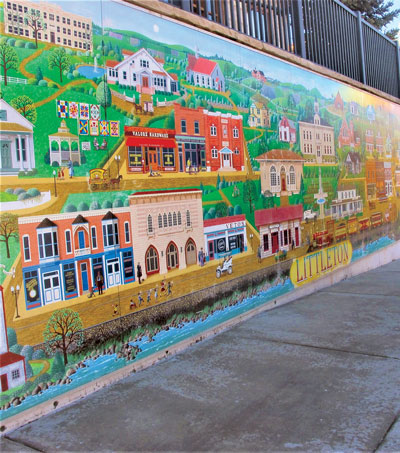 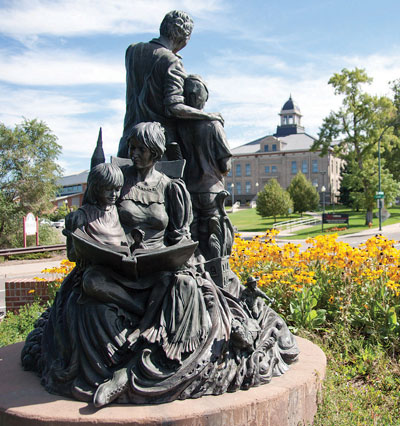