A welcome breeze cools the air as The First Lady, a sightseeing boat operated by the Chicago Architectural Foundation, cruises down the main branch of the Chicago River.

I look up. There’s the Wrigley Building, topped with a clock tower modeled on one in Spain. Over there is the Trump Tower, 92 stories of stainless steel and tinted glass, and in the distance is the Willis Tower (formerly the Sears Tower), which, at 110 stories, is the tallest building in North America and the fifth-tallest building in the world.

The skyscrapers are even more impressive when seen from the river than from land, and it’s obvious why this cruise regularly ranks among Chicago’s top tourist attractions.

Yet, while it’s billed as an architectural tour, the title is misleading. Architecture is simply the prism through which passengers learn about the history, culture, and economy of the city.

Our guide explains that the Great Fire of 1871 left Chicago in shambles but, at the same time, allowed people to build a new type of city.

Unfettered by streets filled with 18th-century buildings, architects could use innovations in technology and engineering to create an environment that would reflect modern sensibilities. In 1885 the 10-story Home Insurance Building became the world’s first skyscraper.

Skyscrapers enabled large concentrations of people to live and work in a small area. In addition, since businesses could consolidate many offices into one building, big corporations began to replace mom-and-pop stores.

As the boat continues, we see evidence of Chicago’s commercial and financial history. We pass a long turn-of-the-century building once owned by Montgomery Ward, one of the country’s biggest retailers, as well as the Merchandise Mart, which, at 3.5 million square feet, was the largest building in the world when it opened in 1930.

In 2007, in a prime example of how buildings can be modified to reflect societal values, the Mart became the world’s largest LEED-EB (Leadership in Energy and Environmental and Design for Existing Buildings) certified building.

The next day we go on a “Highlights by Bus” tour to Hyde Park, where we see Frank Lloyd Wright’s Robie House. In addition to showcasing the architect’s famed Prairie style, the house, built between 1908 and 1910, foreshadows two new trends in American life: people’s fascination with cars and their desire to have a less formal lifestyle.

The house features a large garage and an open floor plan. The small parlor and series of small rooms that were typical of older homes began to evolve into a more free-flowing space.

I'm not a joiner, but if I lived in Chicago, I’d take every one of the tours offered by the Chicago Architectural Center (www.architecture.org).

As it is, I’ll have to content myself with taking as many as possible when I’m in town as a visitor. 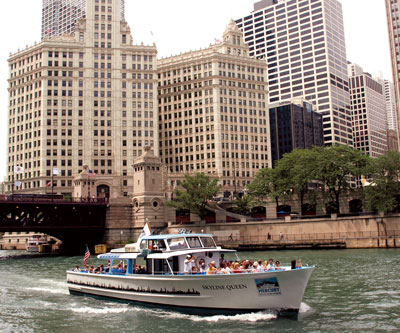 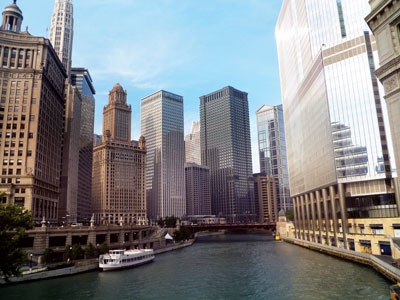 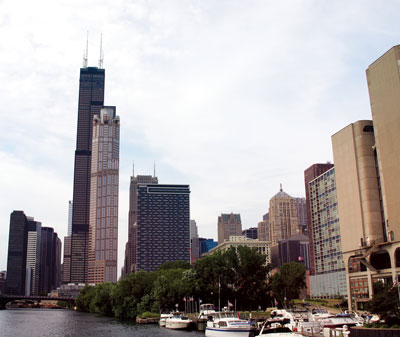 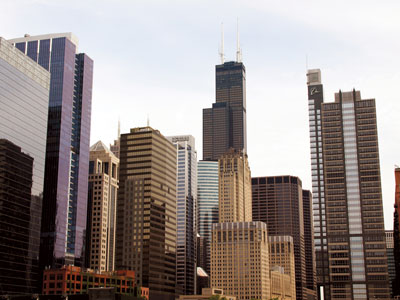 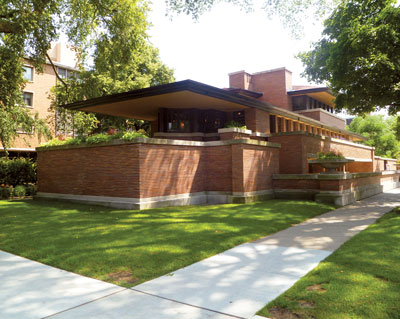