Traveltizers: Eating Good in the Home of Breaking Bad

I’m standing on the observation deck atop Sandia Mountain, surrounded by sky that, in days gone by, I’d have said was the color of turquoise. Thus I’d have paid homage to the Native American culture of Albuquerque, some 5,000 feet below me.

But today, since the city has achieved fame as the location of the award-winning TV series Breaking Bad, another metaphor comes to mind. My husband and I are surrounded by sky the color of crystal meth.

In fact, “Blue Sky” is the street name for the methamphetamine cooked up by America’s most famous fictional drug lord, Walter White.

The series, which ran on AMC from 2008-13, follows White, a high school chemistry teacher, as he turns to meth-making in order to pay for his cancer treatments and provide for his family if the treatment fails.

While numerous companies give tours of Breaking Bad film sites, we choose to explore on our own.

Our first stop: Albuquerque’s Old Town where, amongst galleries filled with Native American art, we find The Candy Lady, the small shop that produced the meth lookalike used during the initial years of the show.

Later proprietor Debbie Ball began selling “Breaking Bad Candy,” a confection that looks like drug crystals but incongruously tastes like cotton candy. (Ball carefully explains that her candy is not promoting drugs but rather a show that shows how destructive drugs can be.) We plunk down a dollar for a mini-bag of fake meth.

Then, in search of something more substantive, we go to the nearby Dog House, a greasy-spoon place frequented on screen by White’s sidekick, Jessie Pinkman.

We pass on the Frito pie, nibble on a mustard dog, and move on to Garduño’s, the site of a tense meeting between four of the main characters, who are so intent on their discussion that they leave the taquería’s famous guacamole untouched.

How unfortunate for them. The dip is prepared tableside, exactly to our liking.

Nevertheless, we’re not as interested in Walter White’s dining habits as we are in those of Bryan Cranston, the actor who plays White.

Therefore, we head to El Pinto’s, which is not only a Cranston favorite, but also a favorite of politicians such as the Clintons, the Obamas, and George W. Bush. Bush liked it so much that he asked the manager to prepare a meal in the White House for a Cinco de Mayo festival.

Since the manager isn’t likely to come to our house to prepare a Southwestern meal, we decide we’d better learn to cook our own.

That’s why on day four of our New Mexico sojourn I find myself in Jane Butel’s kitchen, using a pair of tongs to lower a rectangle of soft dough into a deep pot of hot oil. Within seconds, the dough puffs up, a light golden ball of fried flour, a true sopapilla, ready to drizzle with honey and pop in my mouth. I feel like a magician.

Oh, yes, she also helped Julia Child start her first cooking school in Paris. Now she holds weekend courses in her home, which is in Corrales, a few miles north of Albuquerque.

In short order we learn the following tidbits:

• Mild chiles have broad shoulders and blunt tips, while hot ones have pointed tips. “The sharper the point, the spicier the taste,” says Butel.

• If your mouth burns from too-hot chili, numb the pain with sugar, acid, or fat. Folks have learned to pair hot food with margaritas, which contain lime juice (acidic) or with cheese and sour cream, which contain fat.

• Capsaicin, the substance that gives peppers their bite, has been shown to relieve headaches and arthritis, fight cancer and sinus infections, and burn calories.

Butel divides us into three groups and tells us to don new red aprons. As we drink and munch our way through the weekend, I become competent, if not exactly proficient, at making perfect margaritas, to-die-for guacamole, and nachos with three kinds of salsa.

On our final day we work together to prepare a main course that is as full of Southwestern color as it is of Southwestern flavor: red chile, blue corn and jalapeno skillet bread, and chicken fajitas with tri-color pepper sautéed with pico de gallo. As for dessert, we feast on our miraculous sopapillas.

We’re eating good in the land of Breaking Bad, and we’re also going to eat good when we get back home. www.newmexico.org 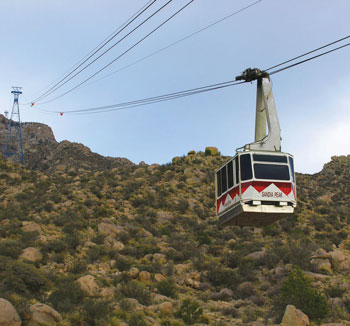 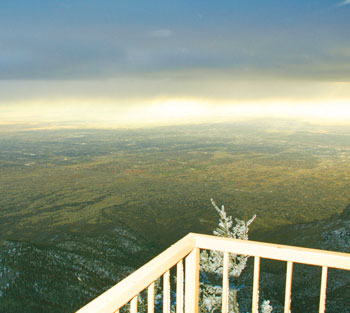 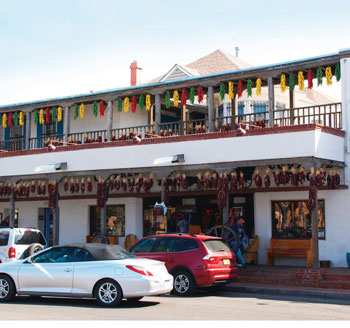 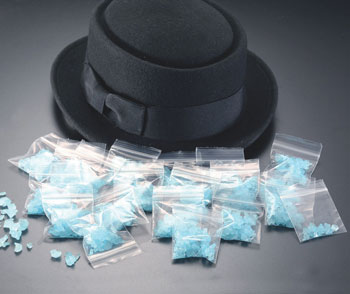 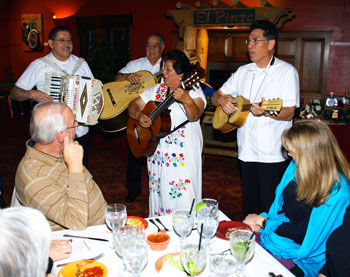 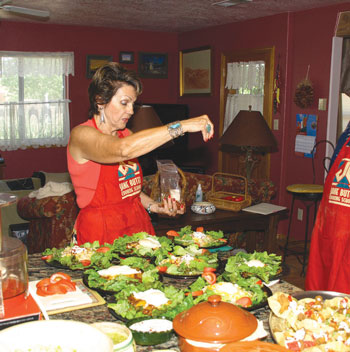