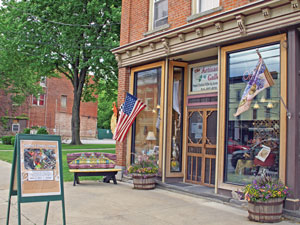 I was looking for cows when I saw my first barn quilt.

It happened like this: My husband and I were fresh off a tour of Oregon’s Tillamook Cheese Factory when we decided we wanted to photograph some of the venerable cows that, according to our tour guide, were the secret behind the famous cheese.

So there we were, moseying the back roads, looking for a picturesque cow, when we spotted a cowless but extremely picturesque barn. On the white siding below its green gambrel roof it had a huge geometric painting that looked just like one of the squares that make up old-fashioned quilts.

We snapped a picture and drove on. A minute later, we spotted another barn adorned with another brightly colored square. We drove back into town. This time we saw what we’d missed before: There was a painted quilt square on the steepled white church that anchored the downtown area.

As we soon learned, we’d stumbled onto the Tillamook County Barn Quilt Trail, one of an informal network of delightfully decorated farm buildings, homes, and shops that have sprung up across the country, brightening rural roads and enlivening rural communities.

The first quilt square was painted in 2001 on an old tobacco barn in southern Ohio. Donna Sue Groves and her mother wanted to spruce up their weathered barn, and adorning it with the lively colors and patterns of an old quilt seemed the perfect way to do so, a way of honoring their Appalachian heritage.

One thing led to another. Neighbors liked the idea; they began decorating their barns as well. Soon travelers who normally would have stayed on the interstate that bypassed Adams County exited so they could see the folk-art barns. Some of them stayed and had lunch or purchased locally made crafts.

Other communities took note. In many cases, various service organizations, art guilds, or ad-hoc groups became involved. They published brochures that helped visitors explore the back roads and introduced them not only to their mom-and-pop shops and eateries, but also to their history and culture.

Donna Sue Groves had, quite accidentally, founded a movement. Today there are more than 7,000 quilt squares throughout the United States and Canada, forming a trail of barn quilts that goes from coast to coast.

For the small towns, the trails bring much-needed and much-appreciated customers. For travelers, they are a way to see a part of America that is truly off the beaten track.

This is our type of travel — different, unpredictable, and most of all, personal — and finding barn quilts has become an integral part of our trip-planning process.

First we go to Barn Quilt Info (www.barnquiltinfo.com), the website put up by Suzi Parron, a former English teacher who became so enamored with barn quilts that she now spends most of her time promoting the movement.

Then we click onto the states we’ll be visiting, identify the counties that have the most developed quilt trails, and tweak our itinerary so we can visit at least one, often two.

Sometimes we call or email in advance to get tips from a local resident. Ginny Schaum, who works with the barn quilt trail in Schoharie, New York, advised us to eat at the town’s Apple Barrel Café, where every sandwich has a slice of apple. Great idea.

A woman associated with Georgia’s Southern Quilt Trail helped us map a route that would take us past the most historically interesting barns. More great ideas.

Other times, we just drop by the local visitor center and ask for suggestions. We had no trouble picking up a brochure at the Fort Morgan, Colorado, Chamber of Commerce, but despite the map, we got lost twice on our way to Nancy Lauck’s barn, which was almost hidden by the tall brush.

Finally, our perseverance paid off. Lauck’s barn has a long, shallow roof that won’t accommodate a large square, so she has created a “clothesline” of 16 squares that parade across the upper roofline.

But most of the time we depend on serendipity to guide us, as when we stopped to admire a barn, fell into a conversation with its owner, and ended up accompanying him for a day of spectacular birding.

And sometimes we just get purposely lost. It’s the best way we’ve found to see, and better understand, the country beyond the freeways.

For more facts and photos about barn quilts, see the Featured Special section of the Traveltizers website: www.traveltizers.com. Photos by Irv Green. 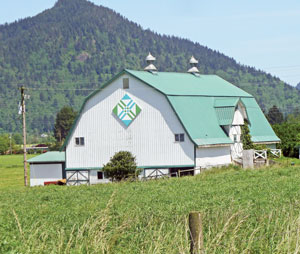 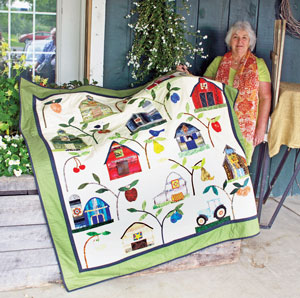 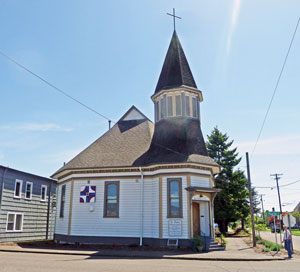 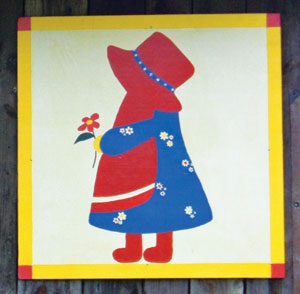 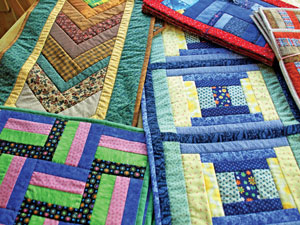