Traveltizers: An Unlikely Place for Miracles

Alabama is not a place where I normally expect to find miracles. Bushes may burn, but angels don’t appear from the flames. Flowers are abundant, but they don’t rain from the sky.

And although the Tennessee River has less water some years than others, it has never parted to make way for an exodus of 5 million people.

Yet here I was, in northwest Alabama, witnessing the recreation of a miracle that happened more than 125 years ago, and in the next few days, I would witness miracles that have happened here more recently.

While these may not have been messages from a deity, they were at least miracles in an earthly sense.

The small, black pump stands in front of a modest clapboard house. A 7-year-old girl reaches out and feels the cool water as it flows into her hands. The audience is absolutely silent.

We’ve all seen The Miracle Worker, the play and movie that tell the story of Helen Keller. We know what’s going to happen, but we want to see it portrayed here, on the grounds of Ivy Green, the home where she grew up.

The house in the background is the one in which she and her teacher, Annie Sullivan, struggled; the gardens are the ones through which they walked, and the pump is the very same pump that spilled out the water that awakened Helen’s brain.

With a frenzied cry, the young actress begins to fingerspell into the hand of the woman standing next to her. W … A … T … E … R. Helen Keller has learned to communicate. A miracle has occurred.

For those in the audience, many who are deaf or blind, the moment is electric. After the play several of them walk over to a life-size statue of Keller and the pump.

A woman looks with her eyes, but asks questions with her hands. Her companion fingerspells the answers. A man who sees with his hands runs his fingers over the statue.

Helen Keller still serves as an inspiration to everyone, but especially to those who need her most. Chalk it up to another miracle.

The word “resurrection” is always tinged with the miraculous, whether it’s used in the biblical sense or simply as a synonym for “restoration,” as when I speak of resurrecting my vintage bathtub from the garbage bin.

But here in Muscle Shoals, it’s an entire tradition that is being resurrected.

Back in the ’60s and ’70s, Muscle Shoals was a musical mecca, luring the country’s greatest artists to its small production studios. The Allman Brothers, Aretha Franklin, Otis Redding, and the Rolling Stones were among the many who made pilgrimages to Alabama to record songs that personified America.

But by the 1990s, technological advances had nearly decimated the recording business. Music was no longer produced, distributed, or listened to in the same way, and Muscle Shoals was in danger of losing its identity as well as its industry.

Then in 2013 a documentary celebrating the town’s musical legacy was released to critical acclaim at the Sundance Film Festival, and folks began clamoring to see the old sound studio at 3614 Jackson Highway.

The Muscle Shoals Music Foundation has restored it to look like it did during its glory days, and it serves as a museum as well as a studio and gathering place for musicians.

Tom Hendrix had heard stories about his great-great-grandmother all his life.

He knew how she, along with other Indians from the Southeast, had been relocated to Oklahoma in the 1830s, how she was determined to find her way back to nunnushae, the “singing river” that flowed near her Alabama home, and how she walked more than 700 miles to do so, guided only by her dreams.

When he told this story to a tribal elder, her answer changed his life.

“You too will follow your path and sing your song,” she said.

Hendrix — who passed away in 2017 — set forth on his path more than 30 years ago, and it resulted in the longest unmortared wall in America, one that winds 1.5 miles through the north Alabama countryside.

It contains 8.5 million pounds of stone — all put into place by Hendrix, without help, without heavy machinery, and without complaint.

“We shall all pass through this earth. Only the stones remain,” he said. “We honor our ancestors with stone.”

Part of the wall is straight, as was his great-great-grandmother’s mandatory march along the Trail of Tears. Another part, which represents her return, is full of twists and turns. In between are stone prayer circles, where visitors can sit, reflect, and dream.

Hendrix found his miracle in stones, and through his wall, he helped countless others find their miracles as well. (www.visitflorenceal.com) 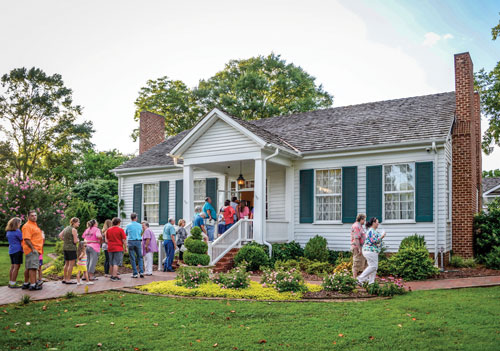 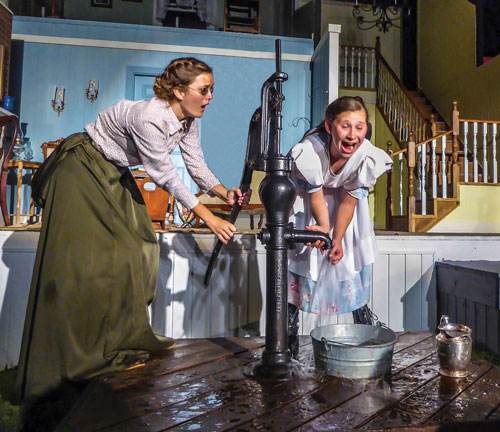 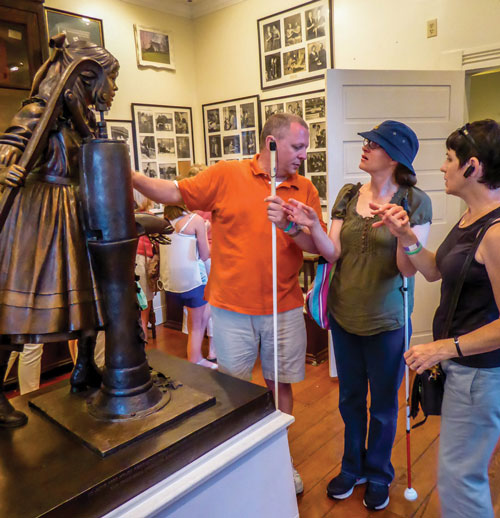 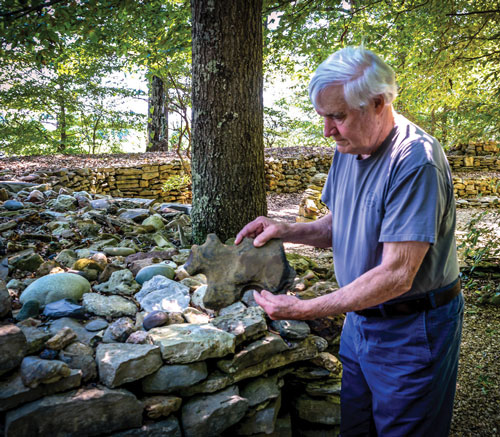 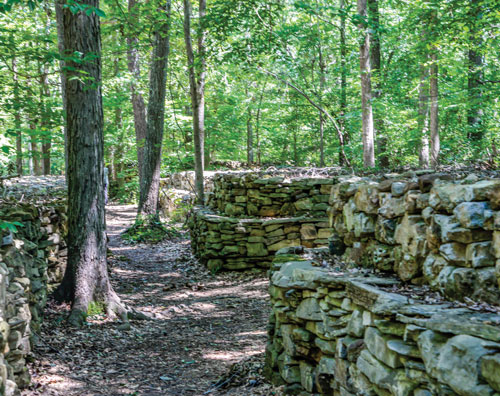